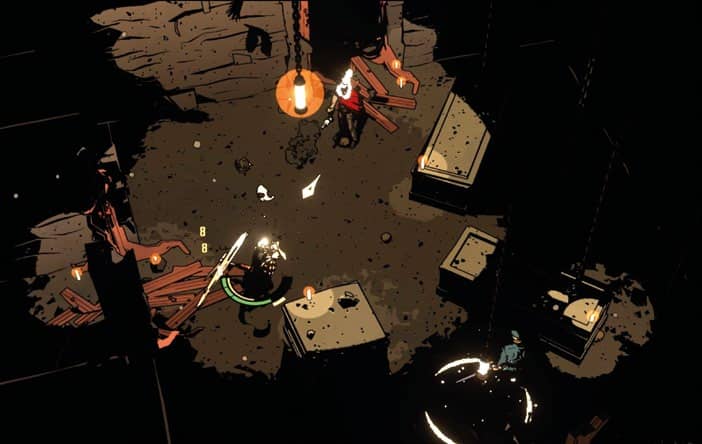 Exploring the Frontiersman’s afterlife in WEST OF DEAD.

WHAT IS IT? A western roguelike twin-stick shooter

I’ve never been so pleased to see a witch. Wearing an antlered skull, and emitting the kind of presence you feel long before you see, “like a storm rolling in” according to Ron Perlman’s tar-thick voiceover, in another game she might be an end-of-level boss. In West of Dead, a roguelike set in a lugubrious wild west underworld, your interactions with her are the only persistent progress you can make. It always begins in the bar. However deep you get through the crypts, the snowcapped wilds where dogs prowl, the deepest mines of purgatory, death spits you right back here, minus whatever weapons, upgrades, and abilities you picked up on your last run. So you dust yourself off and head down into the crypts all over again, picking up a couple of level 1 firearms for company. 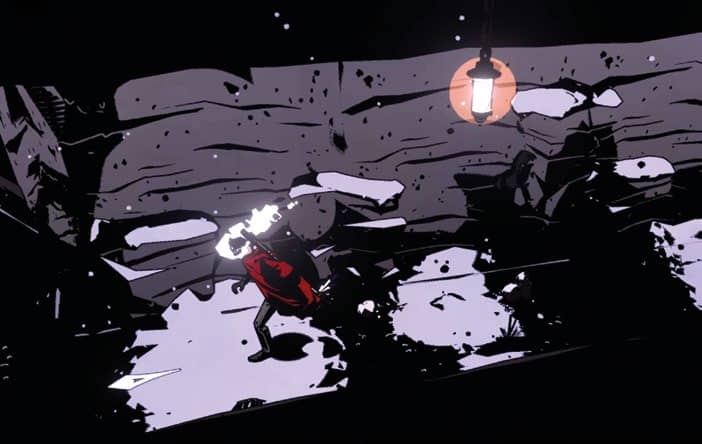 It’s only ever a few corners before the gunfire starts. West of Dead’s combat marries twin-stick shooting to a cover system, and throws in a few extra tactical wrinkles like lights in some rooms that stun nearby enemies and loot charms that might, say, halve your reload time or recover some health if you manage to dive into cover soon after taking the hit.