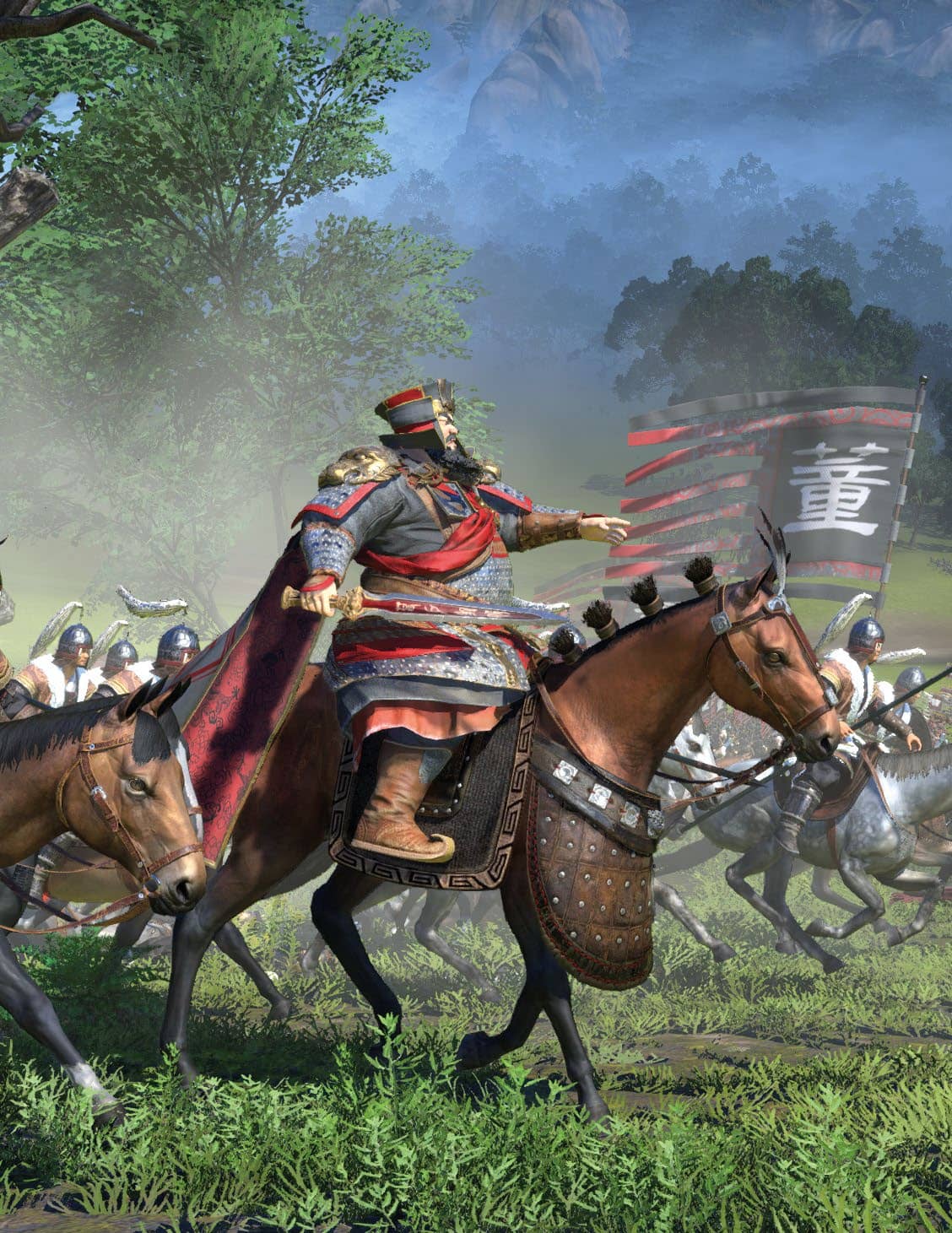 The definition of peace gets stretched to its limit as we continue our pacification of Ancient China.

It’s all going wrong. I’m supposed to be spreading peace throughout Ancient China in Total War: Three Kingdoms, but it turns out that avoiding the ‘Total War’ bit is rather difficult. Last time, my faction leader Cao Cao spent most of his time preparing for an inevitable attack by the enormously powerful Lady Wu, embarking on a series of what I like to call ‘preventative conflicts’.

First, I goaded the Yellow Turban Rebel He Yi into attacking me, so I could defend myself by taking all his lands. I then vassalized the upstart warlord Yuan Shu after he attempted a surprise assault on my northern borders, a decision I was forced into when Lady Wu finally brought the hammer down on my western frontier. This proved to be a huge mistake, as two of my trading partners—Kong Rong and Wang Lang— declared war on Yuan Shu, forcing me either to defend him or declare his independence.

The current situation looks like this. My armies are engaged along my western and southern borders fighting lady Wu, while my eastern border is exposed to assault from both Kong Rong and Wang Lang. Only my northern border is secure, buffered by my vassal Yuan Shu and my two coalition partners, Yuan Shao and Liu Bei.

There’s no way I can fight all three wars at once. Fortunately, I don’t have to. While I’m still a long way from defeating Lady Wu, it seems taking her capital city and a large chunk of her territory has convinced her that peace might be in her best interests. We quickly patch together an armistice, at which point I withdraw from her lands and rush to my eastern border. 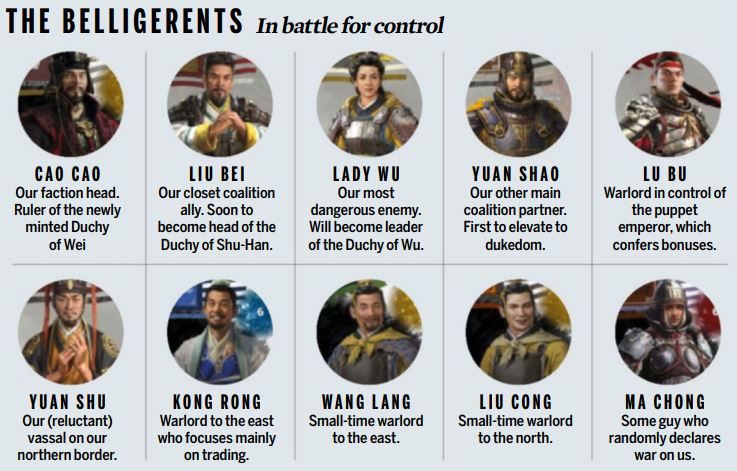 Even with all their forces combined, Kong Rong and Wang Lang are nowhere near as strong as Lady Wu. With all my armies disentangled from the larger conflict, it doesn’t take much effort to subdue them. Indeed, it seems Kong Rong doesn’t want to be in a war with me at all. After I smash one of his armies and seize his Confucian temple, I sue for peace, and afterwards our diplomatic relationship has barely taken a hit. With Kong Rong pacified, I then pour all my forces onto Wang Lang’s head, besieging his main city and then capturing it when he attempts to break the siege.

I’m all set to capture Lang’s only other settlement, when Lady Wu decides that, actually, she hasn’t had enough of war yet. Urgh. This is exactly what I feared would happen. I secure my eastern border as best I can by vassalizing Wang Lang, then split my four armies into groups of two, and send them west and south respectively.

Some good comes from dragging my armies across half of China, though. Taking Wang Lang’s city officially elevates me to the rank of duke, which means my faction has an official title. The ‘Duchy of Wei’. I’m slightly behind on the whole dukedom craze. My coalition partner Yuan Shao already made himself the Duchy of Song by seizing control of the puppet emperor from another warlord called Lu Bu (whose faction was destroyed in the process). I am slightly ahead of Lady Wu becoming the Duchy of Wu, however. As my armies march toward her borders, I hope this means I’m slightly ahead in all other areas too.