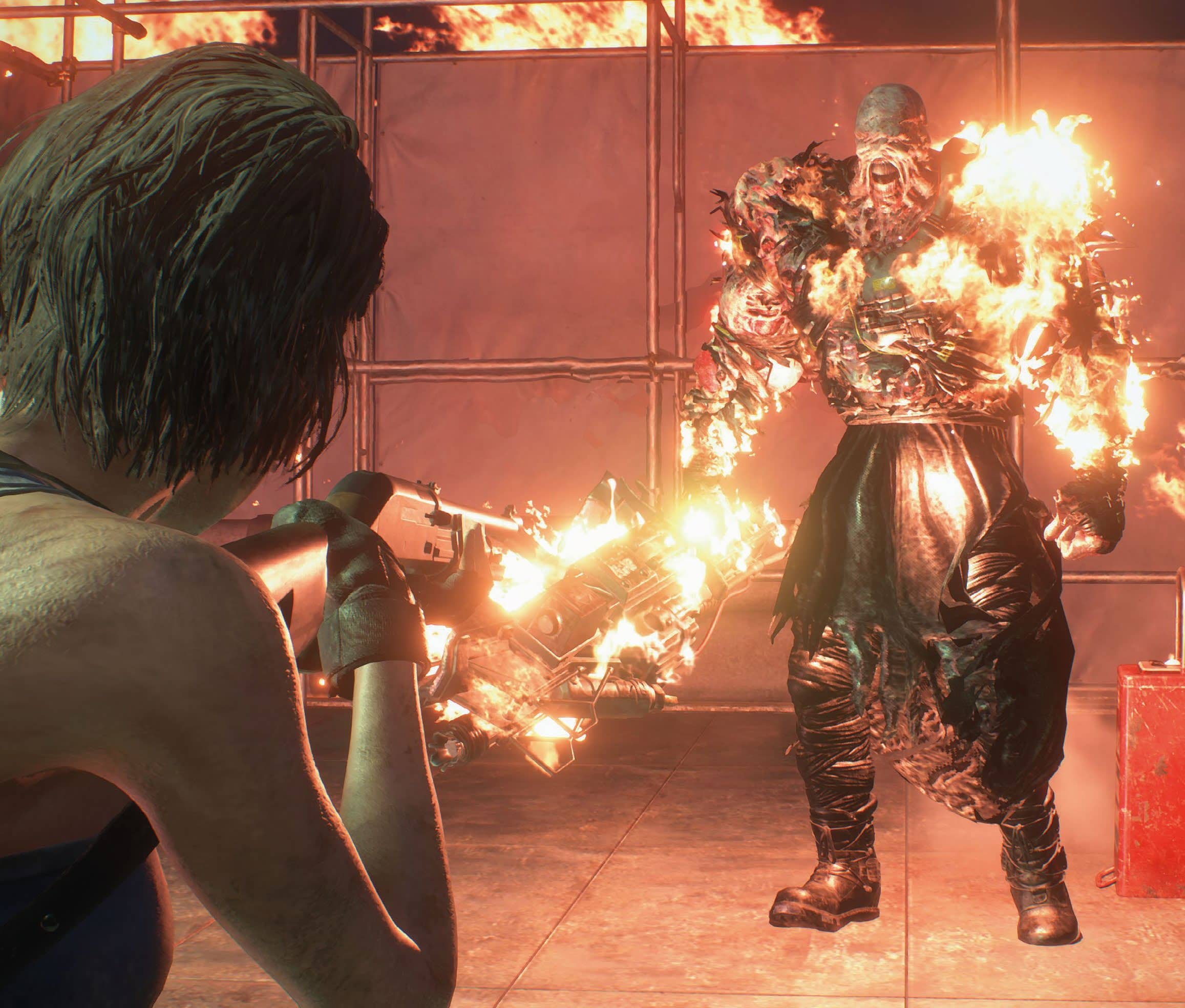 Jill Valentine returns. And so does her relentless stalker

The breakout star of the Resi 2 remake was undoubtedly Mr X, the massive fedora-wearing mutant who relentlessly hunted Leon and Claire. But imagine if Mr X could jump, use weapons, and choke you with slimy tentacles. You’ve just imagined Resident Evil 3’s Nemesis, whose meme-spawning predecessor seems a minor inconvenience in comparison.

While the previous game was largely confined to the shadowy corridors of the Raccoon City Police Department, this remake takes the action to the streets. It’s a compelling change of scenery, with dark, claustrophobic alleyways opening up into big, open areas lit by neon signs. 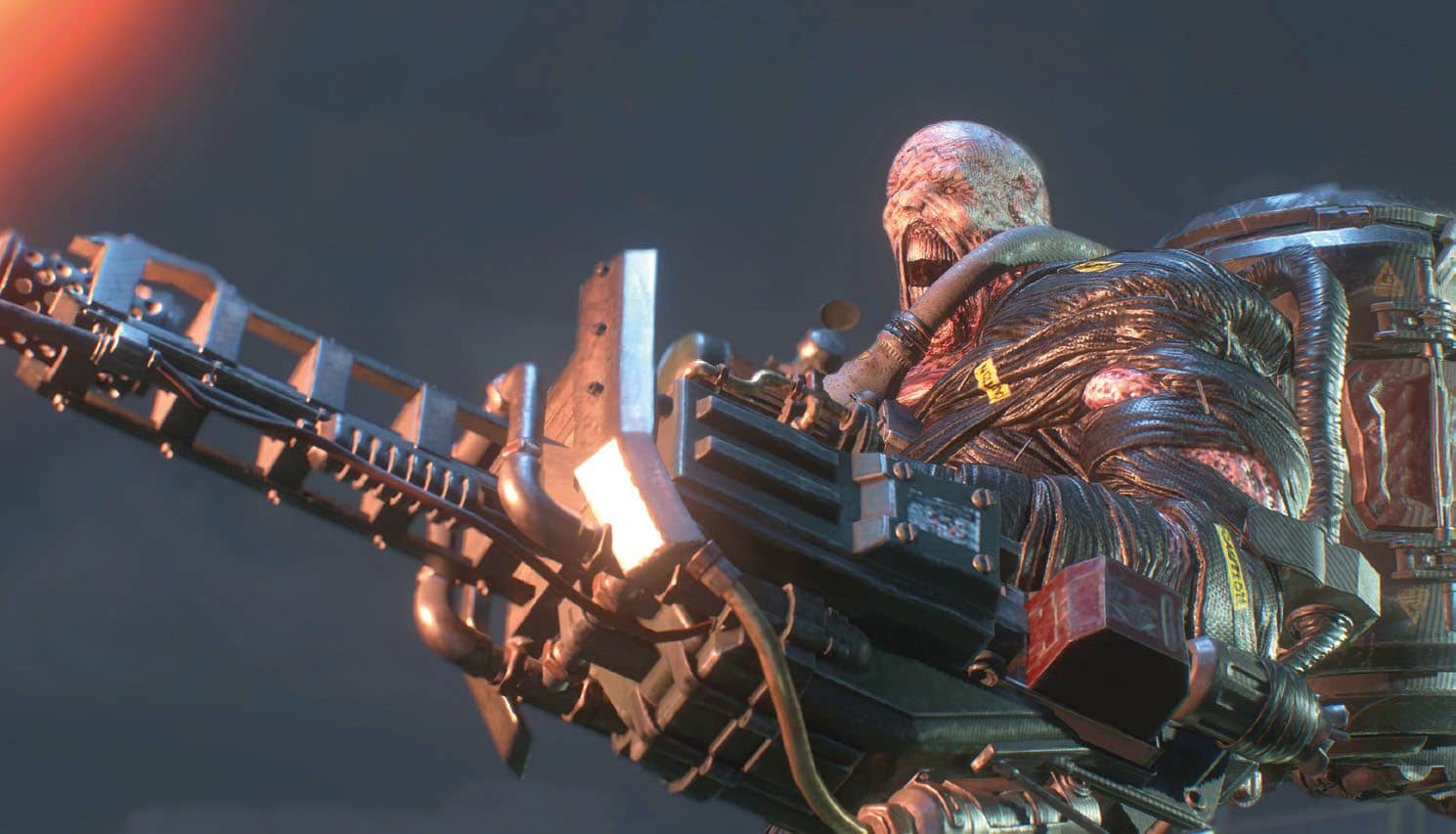 Set 24 hours before the events of Resident Evil 2, Jill Valentine is trapped in the city with the aforementioned Nemesis, a bio-weapon created to hunt down survivors of RPD special forces team STARS. The shift to an outdoor setting is a dramatic one, but through devious placement of crashed cars, fences, elaborately locked doors, and other obstacles, it still has the complex, labyrinthine feel that defines the series.