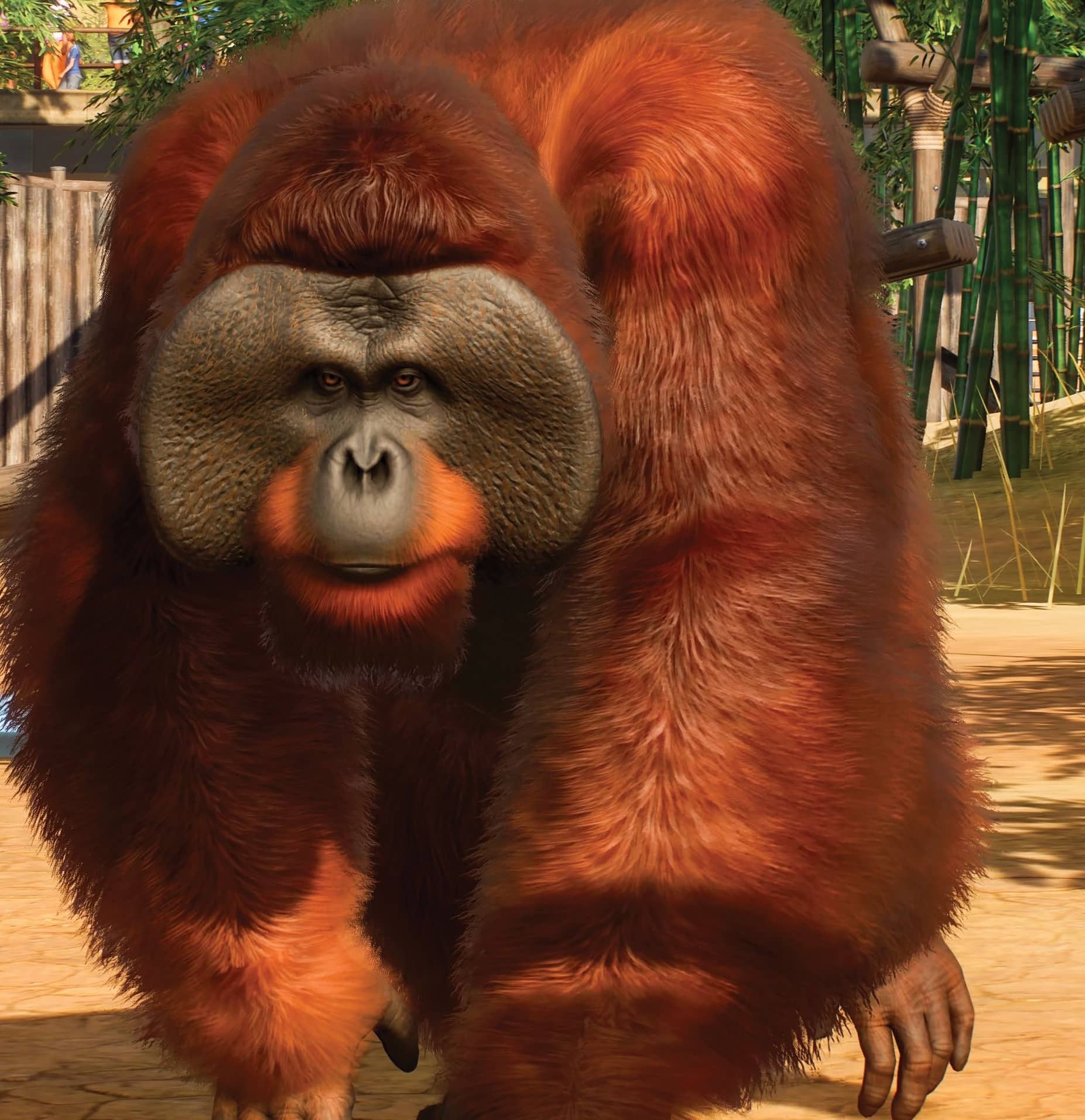 Swinging the camera over my zoo, I watch throngs of people wander between enclosures, cooing at the animals and slurping soda. But then there’s a ripple of panic. I see several guests fleeing in terror, and the fear spreads. Something is happening in my perfect zoo. I heave the camera into the air and locate the source of the rumble—an escaped rhinoceros.

Rhinos are dangerous animals, but it’s lucky for my guests that Planet Zoo is a family-friendly game. In Frontier’s other park builder, Jurassic World Evolution, an escaped animal usually leads to people being eaten alive. But here it just makes them upset, which in terms of running and managing a successful (and profitable) zoo is still bad news. So the first job in this, my inaugural hands-on with Planet Zoo, is dealing with an escape.

My zoo isn’t as perfect as I thought it was, because I’m currently experiencing a severe shortage of vets—a vital member of staff whose jobs include tranquilizing escaped animals and returning them safely to their enclosures. I bring up the staff menu, click on the veterinarian button, and drop one directly into the park. It’s that easy. More experienced vets demand higher wages, which is one of countless management decisions you’ll have to make as you play Planet Zoo. I decide to splash out on a pro.

I plop the vet near the escaped rhinoceros, and he immediately springs to action. He pulls out a tranq rifle with a scope and launches a dart into the beast’s thick hide. She tries to run away, but it’s too late. The tranquilizer kicks in and she slumps into a heap on the ground. The vet seals her in a crate, which magically shrinks to a size he can hold, then he automatically drops it off in the enclosure that was previously assigned to the animal. But before I can release her I need to find out how exactly she escaped.

Surveying the enclosure, it’s fairly obvious—there’s a gaping hole in the electric fence surrounding it. I click on the existing fencing, and I’m able to easily rebuild it by simply dragging my mouse cursor across the gap to fill it. Happy that all the holes have been plugged, I click on the crate and release the rhino back into her enclosure. Disaster averted. The guests, clearly over their trauma, flock to the area to marvel at the rehoused rhino.