Flight Simulator - Fly Anywhere You Can Imagine In The Revolutionary Sequel 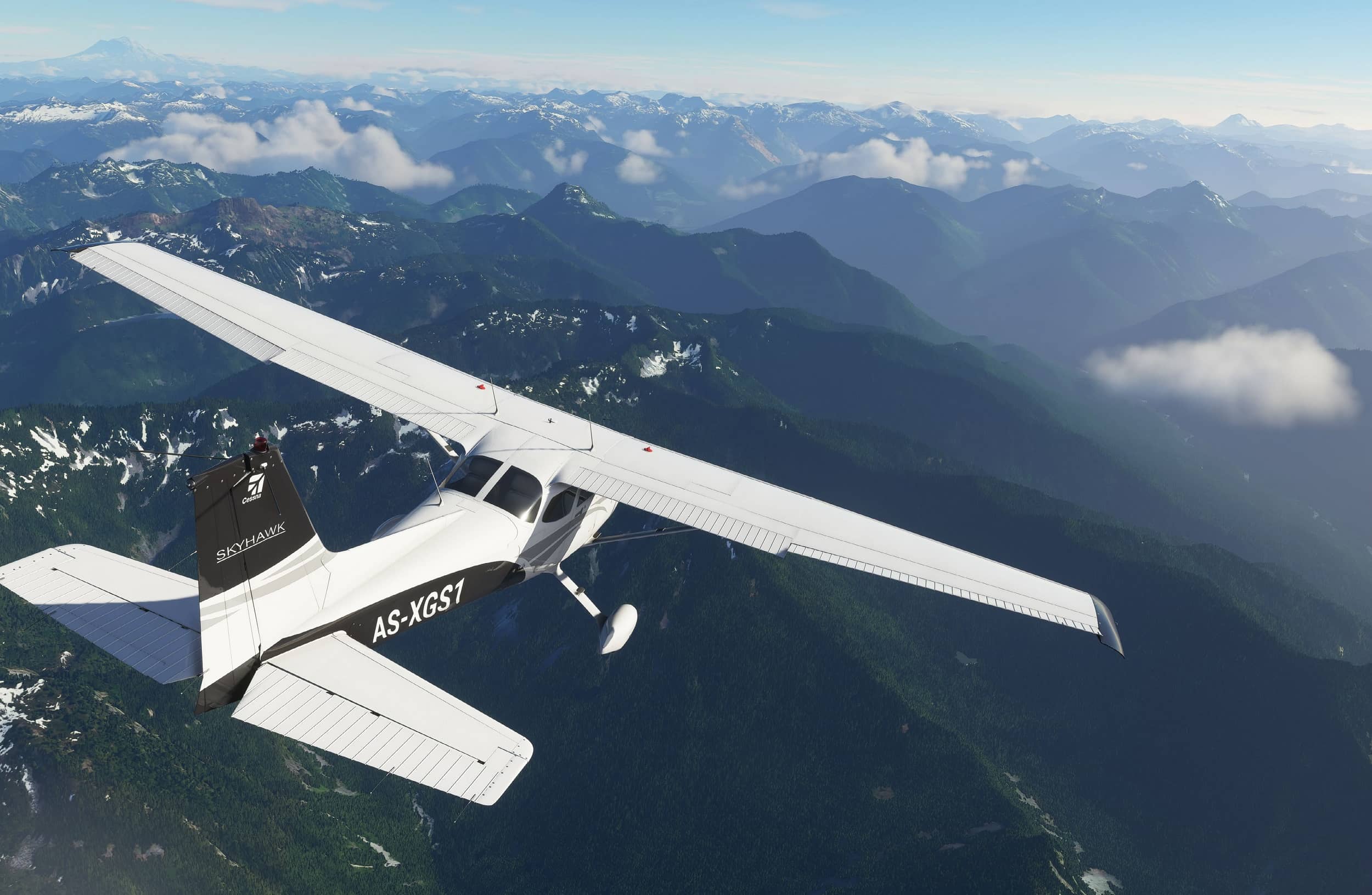 The entire planet is your playground as Microsoft Flight Simulator takes the classic PC sim to new heights.

My tiny Cessna light aircraft is barreling down the terrifyingly short runway at Lukla, an airport nestled in the mountains of eastern Nepal that’s said to be one of the most dangerous in the world. The end of the runway approaches fast as I yank back on the yoke, but I’m not getting any lift. I resign myself to my fate, but half a second before I slam into the barrier separating Lukla from the misty void below, the little plane lurches into the air and suddenly I find myself soaring down a deep, vast Himalayan valley scattered with little fluffy clouds.

Ten minutes later I’m flying over New York City, a dense urban sprawl that stretches as far as the eye can see, sunlight glinting off the skyscrapers. Then I’m above my hometown of Glasgow, Scotland, in the thick of a torrential rainstorm. I can see the streets where I grew up below me. Then I’m somewhere over the Sahara. The Jökulsárlón glacier in Iceland. The lush valleys of New Zealand. Mount Fuji in Japan. Anywhere I can think of I can go, because in Microsoft Flight Simulator the entire world is literally at your fingertips.

It seems unbelievable, but as I spin a 3D globe around I realize that I can drop my plane anywhere on Earth and, after a short loading screen, start flying. This is possible because the game generates its world using satellite data pulled from Bing Maps. But you aren’t just flying over a flat texture: The engine takes this map data then intelligently fills it in with trees, water, buildings, famous landmarks, and even little details such as traffic on the roads. Elevation is rendered accurately too, resulting in towering mountain ranges and yawning valleys.

Scattered across this 3D globe are white dots representing tens of thousands of airports. There are famous ones such as the aforementioned Lukla, New York’s JFK, or London Heathrow. But there are countless smaller ones too, including Mataveri on Easter Island, the most remote airport in the world. I even managed to find and take off from RAF Linton-on-Ouse, a military airfield near me that I became aware of when I noticed fighter jets constantly flying over my house. You can start at an airport or just click somewhere on the planet and appear in the sky mid-flight. The scale is unreal.

ROUND THE WORLD FLIGHTS