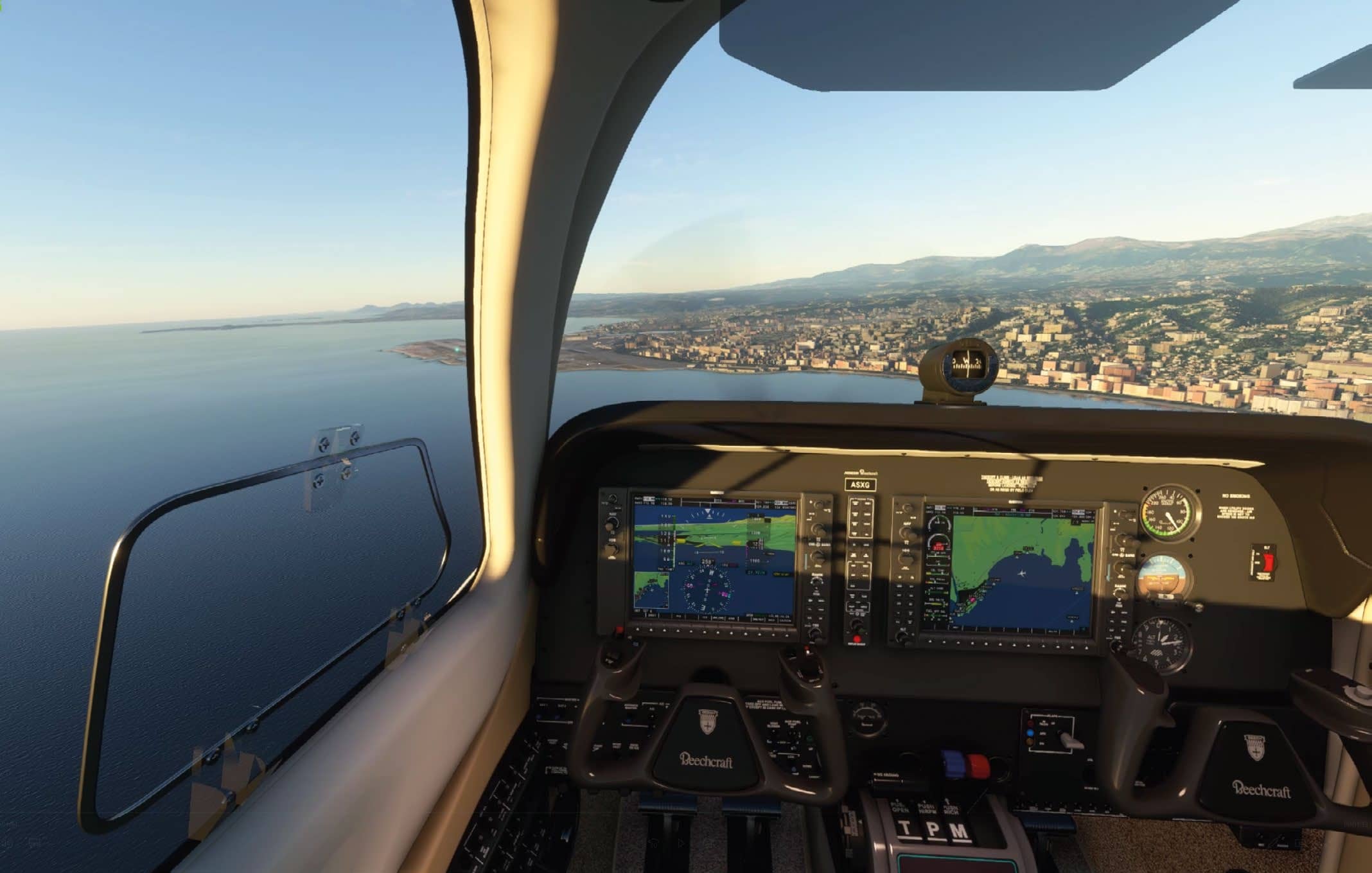 Do you ever wonder how it’d feel to take a few years away from games, and then peek back through the curtain once you’d become out of touch? Quite often, Microsoft Flight Simulator feels like that peek. In its scope and fidelity, it seems to be visiting from the future, when it’s commonplace to have access to a photorealistic Planet Earth and the freedom to explore it. When you can hop in a plane and fly over your own town, in the same weather conditions and lighting you can see outside your window. When ‘open world’ truly means just that. 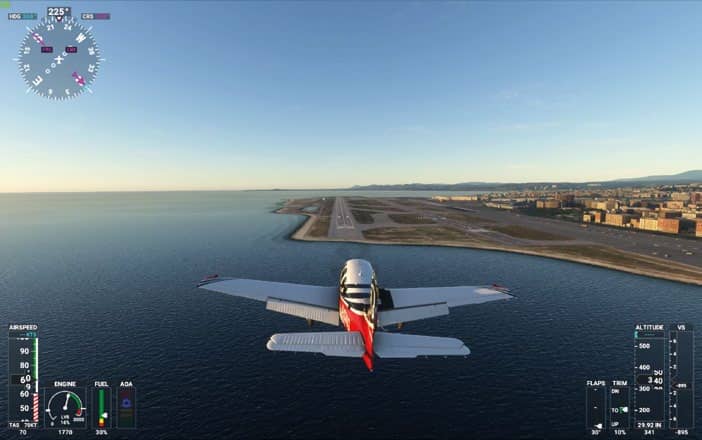 What a dramatic way for the Microsoft Flight Simulator series to reappear after years under Dovetail’s DLC-focussed stewardship, and what a towering achievement from Asobo Studio. We’ll be talking about the impossible detail of its 1:1 world map for years to come; reading retrospectives about how this piece of software changed environmental design; wandering around other games that harness petabytes of real map data and Cloud AI grunt as a matter of course. 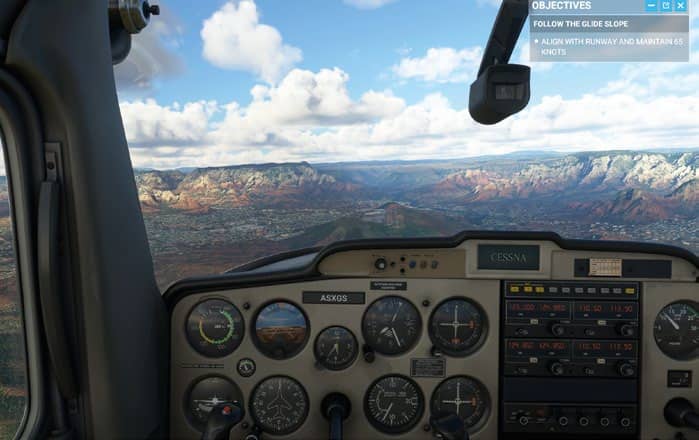 This is a seismic moment for PC gaming then. But what’s abundantly clear is that this is very much the beginning of Microsoft Flight Simulator’s journey, one moment on a roadmap that includes regular content updates on a monthly cadence and should by necessity also include just as many to fix some considerable teething technical issues. Release day has arrived, but whether that represents the launch of a finished product or an arbitrary demarcation along its journey to full completion is certainly up for debate. 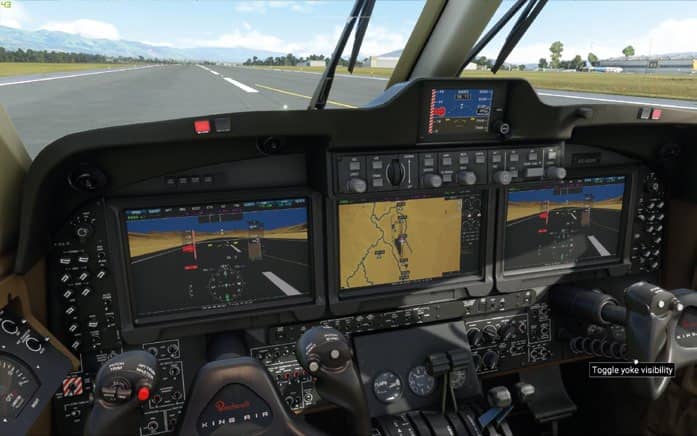 A total of 20 planes are included with the standard edition at launch, comprising three airliners, two jets, and fifteen props. 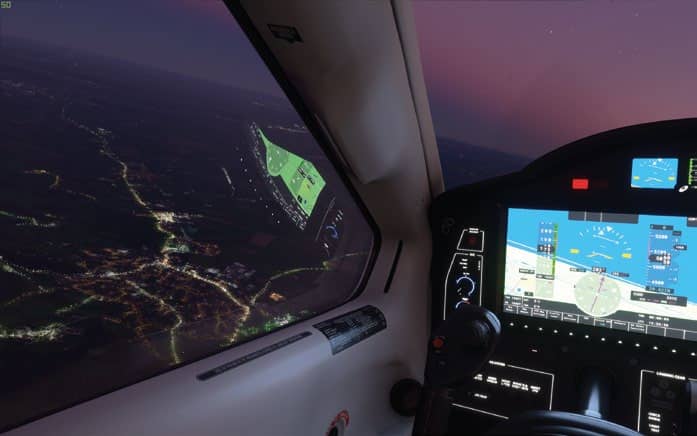 Using any one of those planes, you can position yourself on the runway of any airstrip in the world, take to the skies, and see a startlingly accurate recreation of the region below. It’s a terrible moment for anyone who invested in all those scenery addon packs for FSX.

It’s a premise with an appeal way beyond the flight sim’s usual remit. Who wouldn’t want to fly around in a playable, 4K, lightmapped version of Bing Maps with volumetric clouds, and incredible weather effects? Who could resist the urge to try and find their own house? (I’m still yet to successfully locate mine, but the search continues.) That speaks to a much wider crowd than the previous 30-odd years of the series ever could. 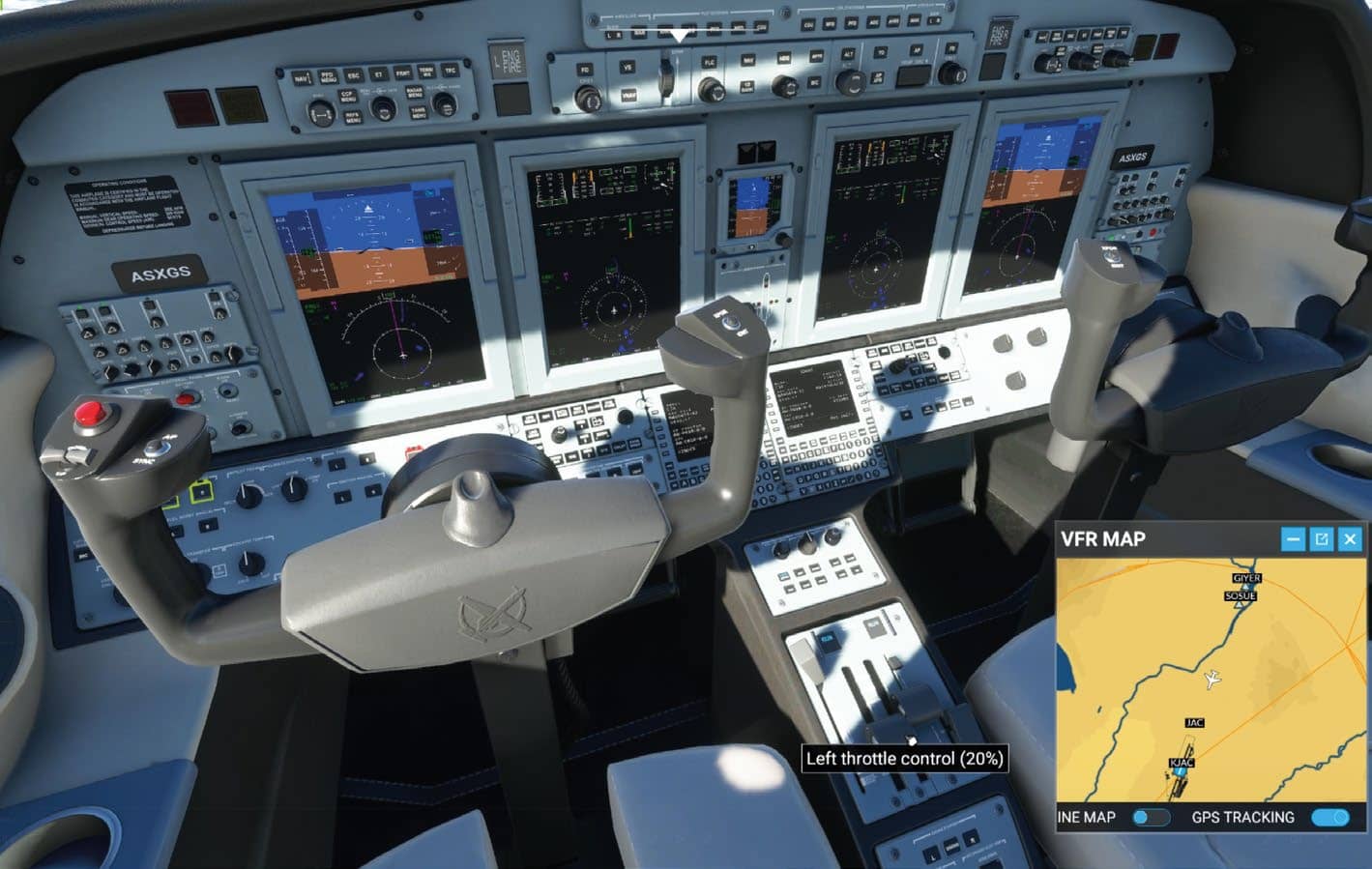