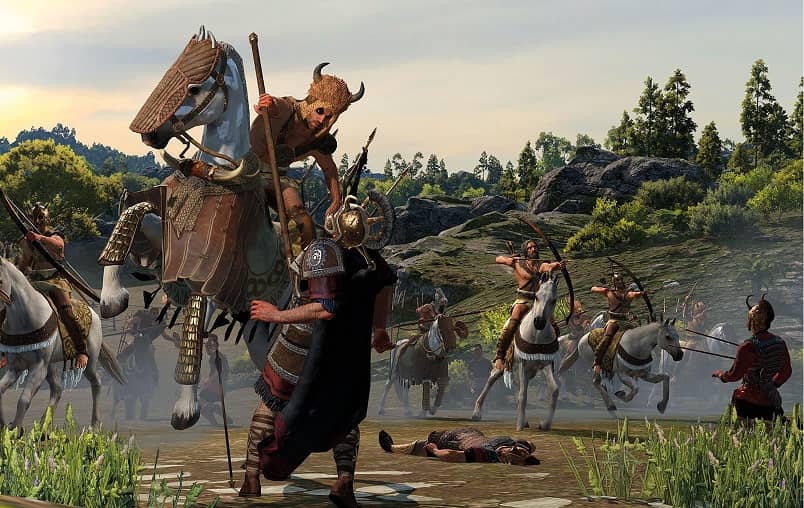 Two armies hold opposing ends of a battlefield. The sun’s out—it’s a nice day for a fight—and in the background sits a city, nestled behind stalwart walls. It’s the calm before A Total War Saga: Troy’s storm, but any second now a man dressed up as a bull is going to start massacring my poor troops.

At least I’ve got Achilles on my side, and hopefully he’s packed some reinforced sandals. Troy’s legendary leaders are extremely gifted in combat and the echo of the fantastical stuff established in Warhammer continues here, but the heroes’ abilities are less magical, and they’re less of the big nuclear threat than their predecessors.

While they aren’t quite as supernaturally gifted as their cousins in other Total Wars, they still sit at the heart of Troy. Every faction uses its primary hero as a foundation, so Achilles’ armies are full of fast units that have a penchant for charging, just like their boss. The Trojan troops belonging to his opponent, Hector, on the other hand, are heavily armored, and focused on defense.