Bendy And The Ink Machine 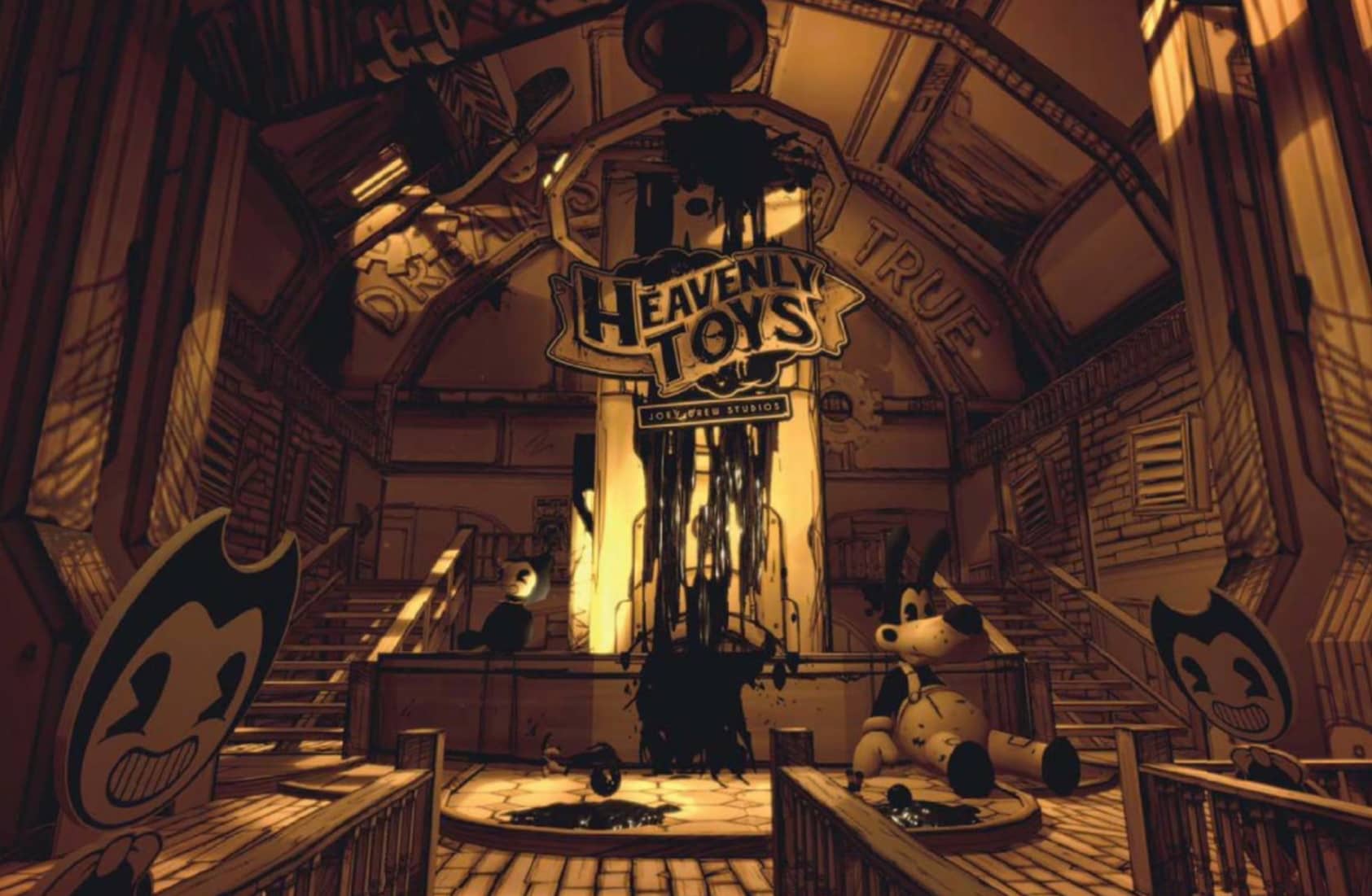 Imagine an old timey alternate reality where Walt Disney was basically BioShock’s Andrew Ryan. In this sinister world of animation, the House of Mouse is a diabolical nightmare factory, where ghastly doodles ooze from their artists’ sketchpads, before embarking on grizzly kill sprees. Actually, you don’t have to stain your memory of Steamboat Willie picturing this twisted bizarro land. All you have to do is play this cartoon spook ’em up.

Bendy And The Ink Machine, if nothing else, boasts a thoroughly intriguing premise. Combining elements from games as diverse as Cuphead, BioShock, to Resident Evil 7, there’s really nothing else out there on Xbox One quite like this demented horror/puzzler hybrid. The episodic indie game first hit PC early in 2017, and now it arrives on console with all five of its campaign chapters available from the off. The end result is an often irritating, confusingly paced curio that will ultimately linger in your memory thanks to a hugely compelling setting.