Wake Up To A Brighter Future 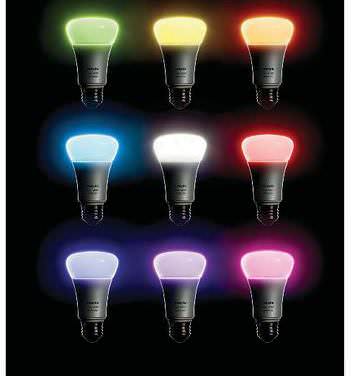 Morning till night, simplify, streamline, and soup up your daily life with these revolutionary new home products from “the Internet of Things”

In a world of self-driving cars and smartphones with thumbprint scans,it shouldn’t come as a shock to see marketers selling things like backyard “telegardens” tended to by green-thumbed robots, dog collars that alert you when your Labrador’s running a fever, and toothbrushes that collect “hygiene data.” But welcome to “the Internet of Things,” or “IoT”—which, as silly and brazenly Jetsons-esque as it sounds, is the catchall term for all the new, Internet-enabled products that early adopters promise will populate our homes and ultimately make our lives easier.

It’s a movement that sprang to life with the 2011 arrival of Nest, the smart thermostat gobbled up by Google.

“This is what happens when computers get so cheap you can literally put a chip in just about anything,” says influential IoT designer Alexandra Deschamps-Sonsino.

But, ever the skeptic with my wallet—especially when it comes to new tech—I decided to dive deep into the IoT wormhole, talking to experts and trying out new products, to see which futuristic items, if any, actually live up to the hype. What I discovered is that you don’t strike gold with every gizmo—but if you sift through enough of these (sometimes gimmicky) products, you eventually find a few nuggets.

Lock (and unlock) your house, even when you’re gone

Countless IoT products purport to improve home security—chiefly remote cameras and alarms. Frankly, I’m no fan of any of them, because they seem to fuel paranoia more than anything else. (Sure, you can see your apartment’s being robbed, but what good is that unless the camera alerts the authorities immediately?)

So, instead of buying into one of the many CCTV systems out there, I’d suggest shelling out for the August SmartLock ($199, august.com).

The SmartLock replaces your conventional deadbolt with a device that lets you lock or unlock your door using a smartphone, whether you’re on the doorstep or 10 miles away. This is especially useful if you’re renting your apartment out on Airbnb and want a temporary digital key for a guest, or need to unlock the door so your friendly FedEx guy can deliver a package when you’re not home.