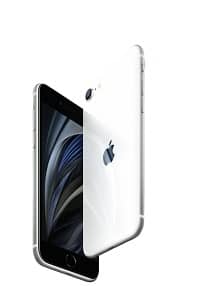 The definitive verdict on Apple’s most affordable iPhone

The iPhone SE is back! Two years after the original SE shifted off this mortal coil, its iPhone 8– based replacement has arrived. And it’s a doozy. For just $399 you gain entry to the Apple ecosystem, and that low–cost pricing makes it a great first iPhone for younger members of your household, or those on a budget.

What do you get? All three models of the iPhone SE have a 4.7–inch Retina HD display with 1334x750 resolution, the same A13 Bionic processor as the iPhone 11 and iPhone 11 Pro, plus a single-lens 12MP Wide camera with an f/1.8 aperture and a 7MP front camera for selfies and FaceTime. The base $399 model gets 64GB of onboard storage, the $449 step-up model has 128GB and the $549 top-end version gets 256GB, which is plenty of wriggle room for most people. That pricing also makes even the most expensive iPhone SE $150 cheaper than the entry-level iPhone 11, and Apple makes it easy to get the iPhone SE for even less. Trade-in your old iPhone and you could pick up the 64GB SE for just $229. Or why not get one and pay by affordable installments of $16.62 a month over 24 months? 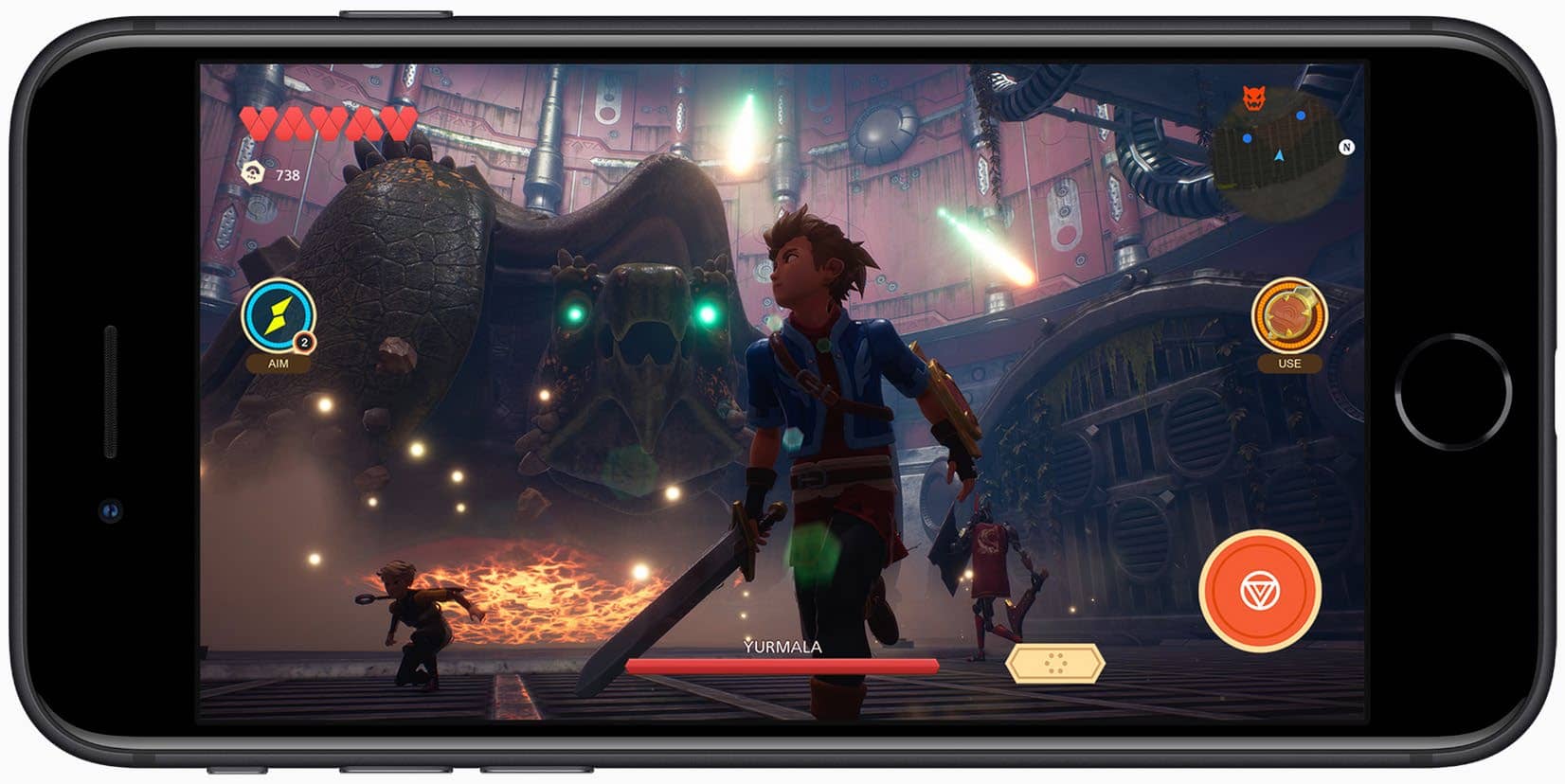 Those are the headline stats. Now let’s dig into the detail. As we’ve already said, the iPhone SE is essentially the iPhone 8 from 2017, but equipped with some key features from the iPhone 11 — most notably its A13 Bionic processor.

Because the SE is based on the iPhone 8 (which was essentially the same design-wise as 2016’s iPhone 7, 2015’s iPhone 6s and 2014’s iPhone 6), it also looks and feels a little retro. That Retina HD display is boxed in by huge bezels at the top and bottom of the 4.7–inch screen, although there’s no unsightly notch with Face ID either. Instead, you get an old–school Home button with Touch ID, which some people actually prefer. (We’re hoping Apple goes for offering both options in the iPhone 12.)

While the display may be small, it’s easy to see in all but the brightest sunlight, and having the A13 Bionic chip onboard means the iPhone SE never skips a beat when it comes to performance — everything from navigating the interface to watching HD movies and playing the latest mobile games feels quick, slick, and buttery smooth.

The interface also benefits from Haptic Touch, the force feedback replacement for 3D Touch. This enables you to gently press on an app in iOS 13 to reveal further actions and options, before selecting one to open the app itself. Apple calls this “peek and pop.”

While Haptic Touch seems to be on offer system-wide in the iPhone SE, there is one place it isn’t and that’s on Lock screen notifications, where they don’t appear at all. First pointed out by early iPhone SE buyers online, it’s not clear whether this is simply a wrinkle in the iPhone SE’s iOS 13 implementation or a deliberate feature hobble by Apple.

It seems like a strange omission, but then if that’s your biggest complaint about a $399 iPhone…

Aside from the retro design and smaller screen, it’s clear that Apple has made shortcuts elsewhere to hit that low price point. The iPhone SE has 802.11ax Wi-Fi (Wi-Fi 6) and Bluetooth 5.0 just like its pricier siblings, but it misses out on the new U1 chip, which enables the iPhone 11 and iPhone 11 Pro to more accurately locate other U1 devices. The biggest difference, though, lies with its camera. While the iPhone 11 has a twin-lens array and the iPhone 11 Pro a triple-lens setup, the iPhone SE has just a single lens and a more limited feature set — there’s no Night Mode here for ultra low–light shooting, for example. The SE’s Portrait Mode implementation, while good to have, also relies on machine learning to create depth information when shooting pictures of people, whereas the iPhone 11 and iPhone 11 Pro use their multiple lenses to create more realistic “bokeh” effects.

The other obvious limitation is that Portrait Mode on the iPhone SE mainly only works on people (by using face recognition) rather than objects, where you’ll often get a “No person detected” warning. And because it relies on having a 5x digital zoom rather than the optical zooms of the iPhone 11 and 11 Pro, close-ups tend to come out blurrier and noisier.

Then there’s the iPhone SE’s battery life. Given that it’s based on the iPhone 8, the SE’s identical score is no surprise. Apple says you will get 13 hours between recharges when watching a downloaded movie but only eight hours when streaming, and in day–to–day mixed-use you’ll need to reach for its charger (Qi-compatible wireless charging is possible too) by the time you go to bed — although that’s never been unusual on a 4.7–inch iPhone. Audio playback is pegged at 40 hours.

That limited longevity contrasts strongly with the bigger (and bulkier) iPhone 11, which delivers up 17 hours of operation when you’re watching a downloaded movie, 10 hours with streamed video and up to 65 hours audio playback. The monster iPhone 11 Pro Max, of course, has the longest-lasting battery of them all, offering up to 20 hours of movie playback and 80 hours of audio playback, but then it also costs $1,099 — more than twice the price of the SE.

Finally, there’s build quality. Like all iPhones, the SE is beautifully made with a glass and aluminium body, despite its low price. It’s also dust– and water-resistant to IP67, meaning you can drop it in up to 1m of water for up to 30 minutes and it’ll live to tell the tale. After living with an iPhone 11 for a while, though, the SE’s slim size and ultra-lightweight feels almost delicate to us — we would definitely want to safeguard it with a protective case.

It should be clear by now that we love the iPhone SE. It’s affordable, sensibly specced, and does almost everything most people need from a smartphone. The only things that really count against it are its slightly retro styling and limited battery life. It’s fairly future-proof too.

THE BOTTOM LINE. The new SE is everything you love about iPhone in an incredibly affordable, if slightly retro, package.

Whether the new iPhone SE is your first iPhone or just your latest one, this guide has your back. Over the next seven pages you’ll discover how to make the most of the current operating system — iOS 13 — and discover lots of nifty tips, tricks and secrets to help you do everything easier and faster. Even if you’ve been using an iPhone since the first one dropped in 2007, you’ll learn something new — or rediscover some old techniques that you’d forgotten.

To open any app on iOS, simply tap its icon. Touch and hold an app icon to “peek” at additional options — you’ll know you’ve done it right when you feel the screen “pop” thanks to Haptic Touch — see tip 7 below.

You can use the “peek and pop” technique above to rearrange the apps on your iPhone’s screen. Tap Edit Home Screen when that option appears, then tap and drag an app to its new position.

To remove an app, use “peek and pop” again, only this time select “Delete App” from the menu that appears. Some default apps, like App Store and Wallet, cannot be deleted, only moved.

You can download as many apps as your iPhone’s storage will allow, arranged over up to 15 different Home screens. To move between the Home screens, simply swipe left or right.

An easier way to manage apps is to place them in folders on a Home screen. To do that, tap and drag one app icon over the top of another — iOS will create a folder for you containing both.