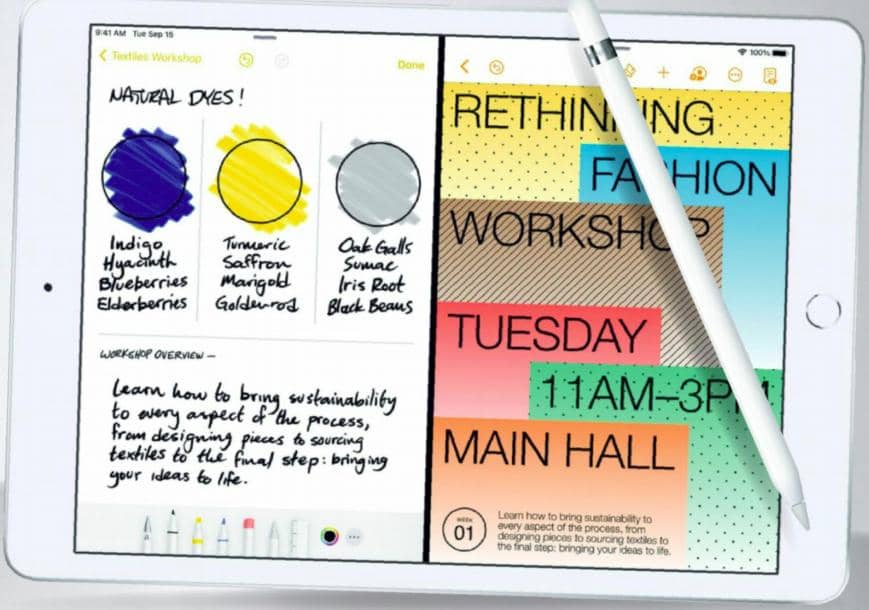 Team the iPad with Apple Pencil and you’ll be able to use Scribble in iPadOS 14 for handwritten notes.

While it’s not been given the radical overhaul enjoyed by its iPad Air sibling, there’s still enough special sauce in this entry–level iPad to make it worth the upgrade. Chief among these is the six–core A12 Bionic chip from the iPhone 11, which also includes a second–gen Neural Engine for improved machine learning, photo and video editing, and Augmented Reality (AR). Apple says the A12 Bionic boosts iPad performance by 40% over the previous generation, with 2x graphics performance — more on this later.

Outwardly, the eighth–gen iPad hasn’t changed much — it retains the 10.2–inch Retina display from last year’s update, with a screen resolution of 2160x1620 pixels and 500 nits brightness. It also looks more dated now — the thick bezels around the edge of the display along with the rounded edges of the iPad itself contrast strongly with the slimmer bezels and squared–off sides of the new fourth–gen iPad Air and iPad Pro.