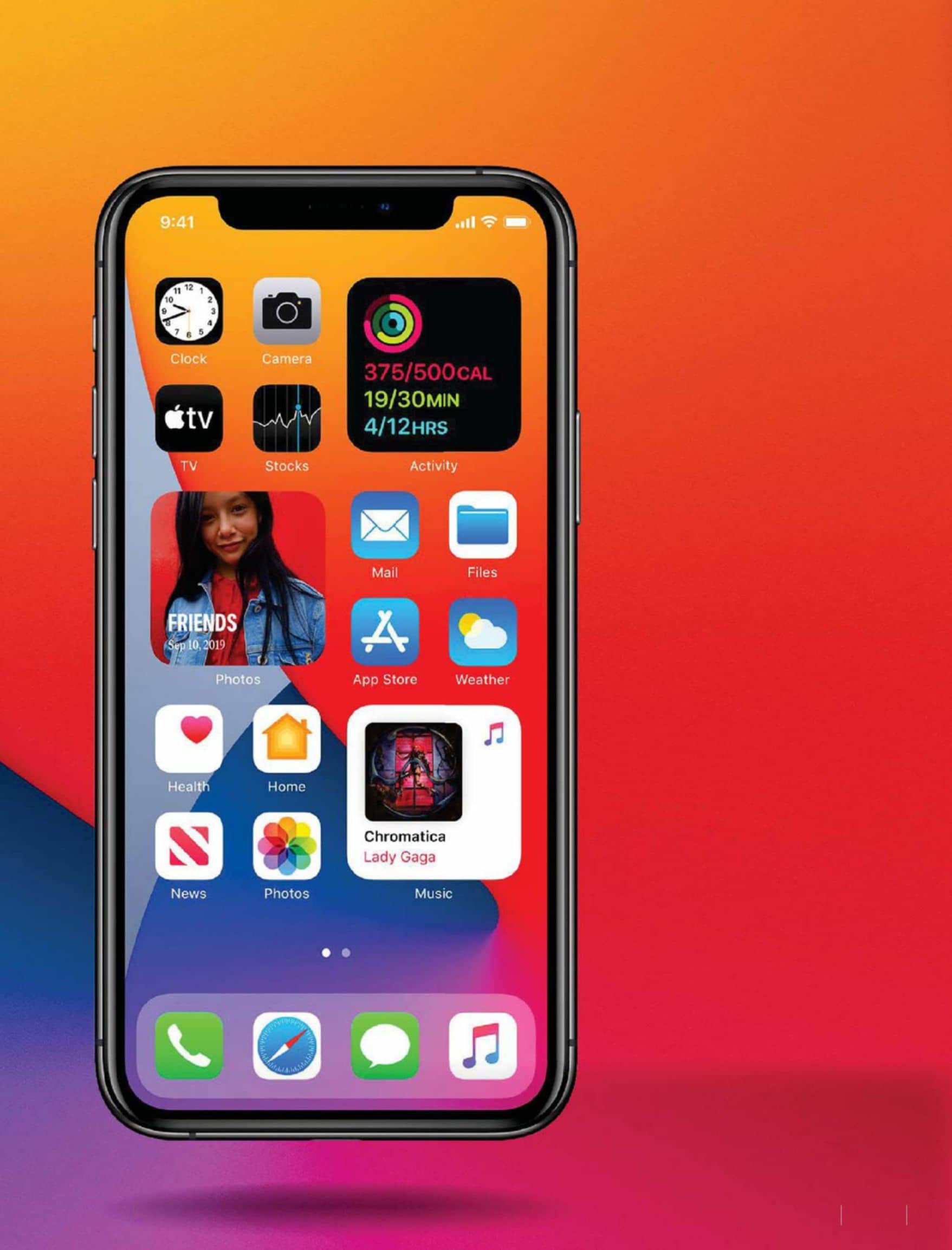 How can you boost your iPhone’s powers? No need to buy an app, Apple’s latest upgrade will transform your handset

ONE THING THAT characterizes iOS 14, Apple’s latest OS for the iPhone, more than anything else is that it enables you to accomplish your tasks more easily. It does this both by better organizing apps and features and displaying them in ways that better fit with how most of us use our phones.

So, we have redesigned Widgets, Smart Stacks, and Apps Clips. This last one is particularly intriguing as it allows you to access some of the functionality of an app without actually installing it.

Incoming call notifications now only take up part of the screen, which means they no longer feel like such an intrusion if you’re working in another app when they come in.

Siri has gained more smarts and can now suggest apps when you first pick up your phone, and there are lots of improvements to the Camera app, Maps and, as you’d expect, to privacy in Safari and elsewhere.

Which devices will work with iOS 14?

MOST TIMES WHEN a new version of iOS is released, there are casualties in terms of the devices that can run it. However, this time around there are none. If your iPhone or iPod touch can run iOS 13, it will be able to run iOS 14. Here’s the full list of supported devices: 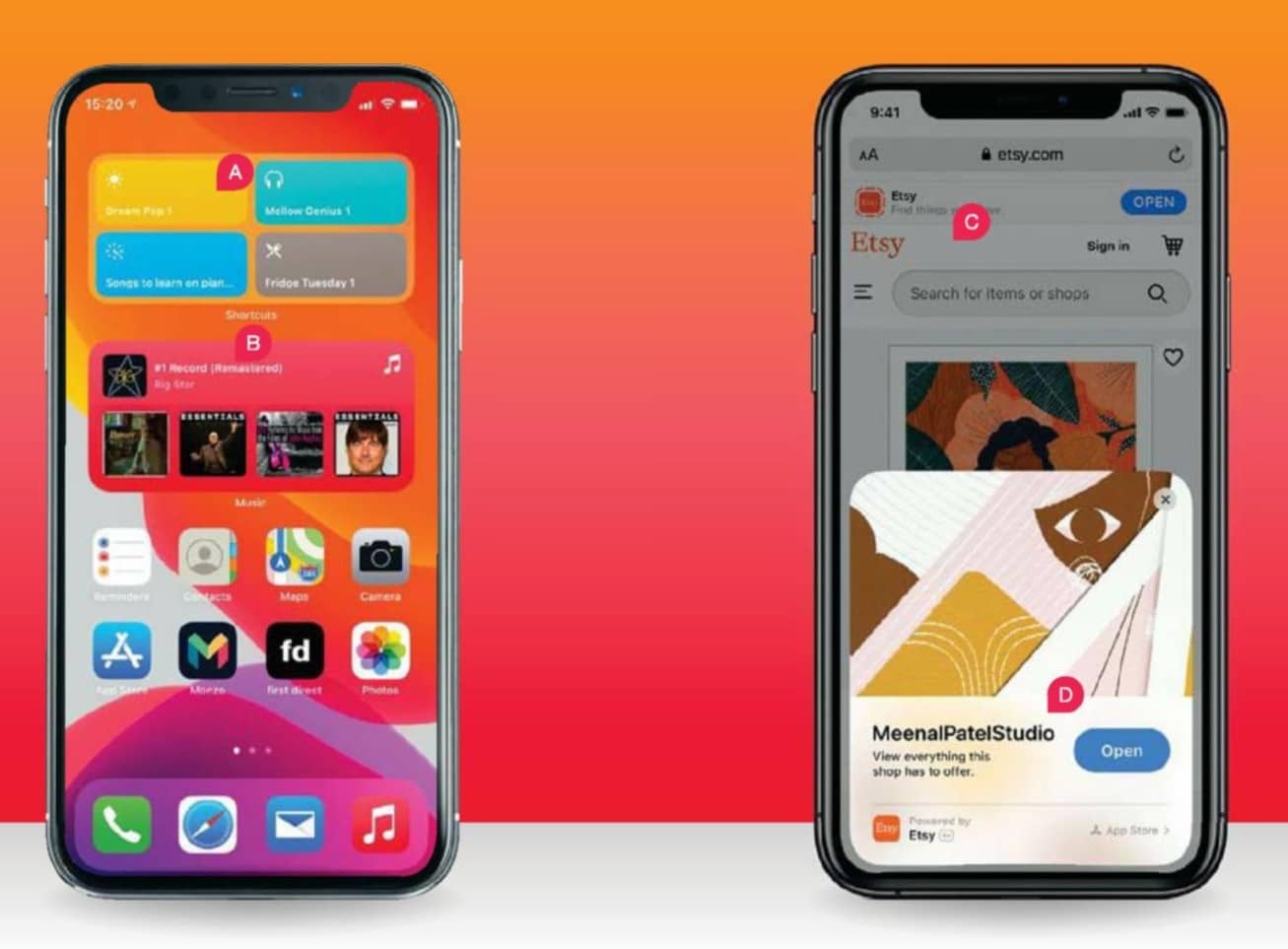 Update your device with a whole new look

Widgets, which you previously had to swipe to see, can now be viewed on your Home screen and appear above the grid of app icons.

Smart Stacks are “intelligently curated” widgets that display automatically on the Home screen according to the time of day.

App Clips are snippets of apps that allow you to access some of the features of an app without downloading it.

Clips are designed to appear when you scan a code or tap an NFC device and for use in parking, renting bikes, paying for food, and more. 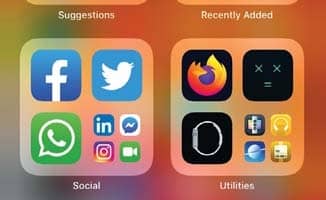 HOW To Customize your screen

1 Use the App Library 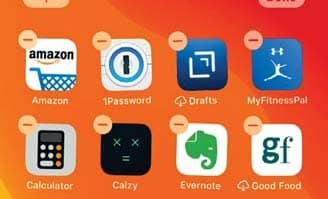 The App Library means you no longer need pages full of apps. Tap and hold on any empty part of your Home screen. When the apps start to jiggle, tap the bar with dots in it at the bottom of the screen. 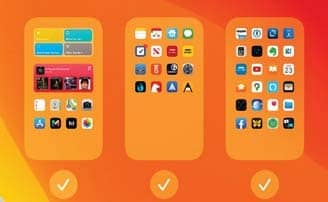 You’ll see a grid of pages. Tap the checkmark to de–select pages, which will hide them and make accessing the App Library quicker. When you’re finished, press Done. You can unhide pages by reversing the process. 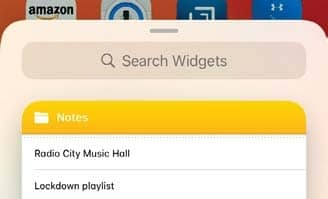 Tap and hold the center of the screen then press the “+” at the top–left. Tap the app or stack you want to add to the top of the Home screen, then swipe right to choose an option. Tap Add Widget. 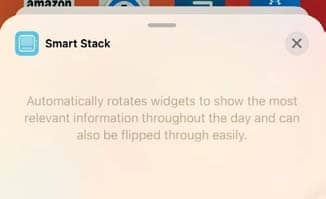 Smart stacks are groups of apps that change automatically depending on how you use your iPhone. Follow Step 4, but instead of choosing an app tap on Smart Stacks and choose an option. Tap Add Widget. 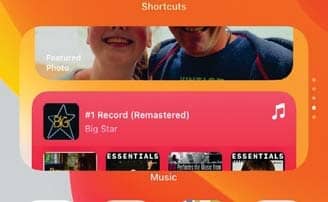 Once you’ve added a Smart Stack to your Home screen, swipe up or down over it to flip through the widgets in the stack. Tap a widget to launch it. You’ll notice that the contents of a Smart Stack change through the day.

WIDGETS, WHICH IN iOS 13 appear when you swipe right from the Home screen, can now be added to the Home screen itself and appear at the top, above app icons. New in iOS 14 are Smart Stacks. These are widgets that appear automatically depending on how you use your iPhone. So, for example, if you usually check Twitter when you first pick up your iPhone in the morning, your Twitter client will appear in a Smart Stack.

Picture in Picture mode allows you to keep a FaceTime video call on screen as you use another app.

Siri no longer occupies the whole screen, instead appearing as an overlay on the screen, so you can keep doing what you were doing.

Notifications of calls in other apps like FaceTime and third–party message apps now show as widgets at the top of the screen.

As with Siri, incoming call notifications now float at the top of the screen instead of commandeering the whole space.

Clarify your communications with smarter searching and suggestions

If you want to address someone in a group conversation, you can “mention” them by typing their name. When you mention someone, their name is highlighted, and notifications can be configured so you only receive them for group conversations when you’re mentioned. You can also now reply directly to messages in a conversation. 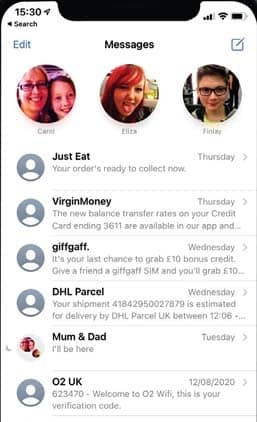 With iOS 14 it’s now possible to specify system-wide defaults for a web browser and mail app, so that when you click on a link or email address, it opens your preferred apps, rather than Safari or Mail.

And Reminders gets quick entry and smart suggestion features, as well as the ability to assign reminders to specific members of a shared list.

Conversations that are important to you can be pinned to the top of the messages list so you can find them more easily.

Allocate a photo, emoji, or even a Memoji to a group conversation to make it easier to spot in the conversations list.

No need to “@” — just type a participant’s name in a conversation to “mention” them and the name will be highlighted.