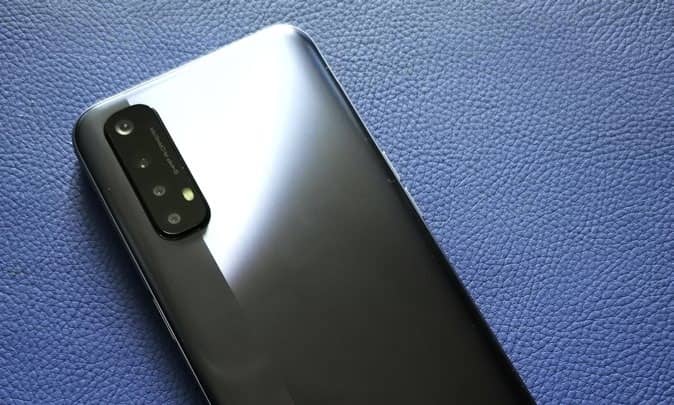 Smartphone manufacturers haven’t slowed down in producing devices that give exceptional value for money. Of those manufacturers, realme continues to stand out by continuously delivering phones that give exactly what users want, without unnecessary extras that inflate the price. It’s a winning strategy that has served them well, and continues with the latest in their stable, the realme 7.

The realme 7 is a phone that looks much more premium than its price tier might make you believe. The front of the device is dominated by a large 6.5.-inch IPS display with pleasantly thin bezels, and a slight chin at the bottom. To cut production costs, the glass is flat (which I vastly prefer for greater usability), and the display has a small punch-hole camera at the top left corner.

The edges of the device are populated with the SIM card tray and volume buttons on the left, the power button with integrated fingerprint scanner on the right, and the speakers, headphone jack, and USB-C port at the bottom. All the edges are nicely rounded, but quite slippery thanks to the fine matte surface treatment that wraps around the rear and sides.

The back of the phone has a curious, almost iridescent sheen to it, and is broken up by a band that spans the last sixth of the rear, cutting through the camera module. The camera cluster houses four lenses and the flash in a rounded rectangular bump that sticks out quite significantly from the rest of the phone’s back. Aside from that, there’s just a bit of subtle branding at the bottom left corner, just so you don’t forget.

Making the realme 7 tick is a Mediatek Helio g95—one of the new SoCs from the manufacturer that’s designed for higher-end 4g gaming devices. It’s a great choice that delivers great performance, without breaking the bank, so it’s no surprise that realme went this route. This is backed by 8gB of RAM, and the equally fast Mali-g67 MC4 GPU. this is a great combination of CPU and GPU that clearly has a slant towards gaming. To further push the gaming agenda, Realme has included a 90 Hz display, for smoother-than-average visuals. 128gB of storage rounds the whole package out nicely.