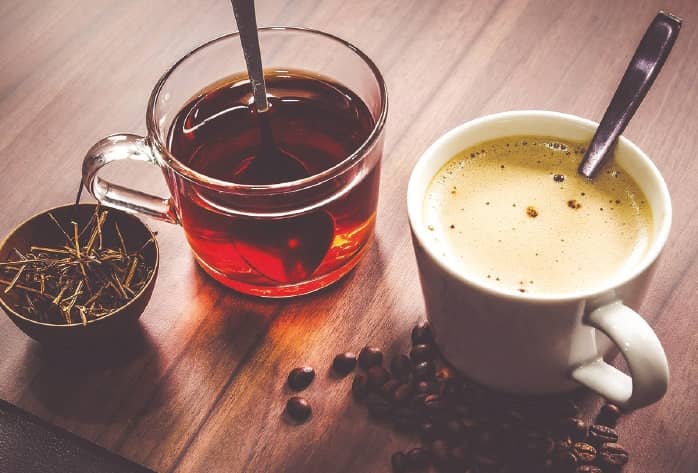 Introduction: Tea is one of the traditional beverage originated in China. It is most popular caffeine containing beverage in the world. Tea is prepared by brewing of processed leaves of the tea plant, Camellia sinensis [1]. Tea is declared as national drink in 2013. Tea is used as stimulant beverage. It is cheapest beverage in the world after water.

The plant Camellia sinensis a member of the Theaceae family. In India, tea industry originated after 1823 as result of discovery of tea plant in Assam this discovery of indigenous tea in Assam in 1823 led to the origins of the tea industry in India. Black tea, green tea and oolong tea are most commonly consumed teas.India is one of the largest tea producers in the world and about 70% of tea produced is consumed within India itself. India is the largest producer and consumer of black tea in the world. In India tea is grown in 16 states out of which four states Assam, WestBengal, Tamil Nadu and Kerala account for about 96%. The tea coming from Darjeeling, Assam and Nilgiris are well known for their distinctive quality. The important constituents are present in tea leaves that affect the brew quality these are; caffeine, which gives the stimulating effect; tannins and related compounds, colour, strength and astringency is due to this components; essential oils, which gives flavour and aroma[2]. Tea found to be anti-cariogenic, anti-microbial, anti-inflammatory, anti-oxidant and used as an effective preventive agent against various infections. The popularity of tea is due to its sensory properties, relatively low retail price and apparent health benefits.

2) Withering: It involves biochemical and physical preparation of fresh leaves. The harvested leaves are spread on trays and artificial blowing of air is carried out. The moisture content brought down to 50% for 18-24hrs. The main objective of the withering is to increase the cell permeability and intensify the enzyme and substrate.

3) Rolling: It is also known as the CTC (Cutting, Tearing and Curling) process. The tea leaves are passed through CTC machine where there are 2 surface rollers placed closely against each other. The rollers crush the leaf, the teeth tears off the leaf and get curled. At this time the enzyme PPO attacks polyphenol (catechin). The objective of rolling is liberation of enzyme.

4) Fermentation: The CTC leaves are spread on trays where the temperature 21-27°C and the humidity 80-90% is maintain for 2-6hrs. The major reactions occur during fermentation as follows, Theaflavin and thearubigin Theaflavin gives flavour to tea and thearubigin gives strength to tea.

5) Drying/ firing: It is carried out in firing room where it undergoes firing at 90- 95°C and outlet temperature is 52°C for 20-30min where moisture content is brought to 3%. Drying is done to avoid extra fermentation.