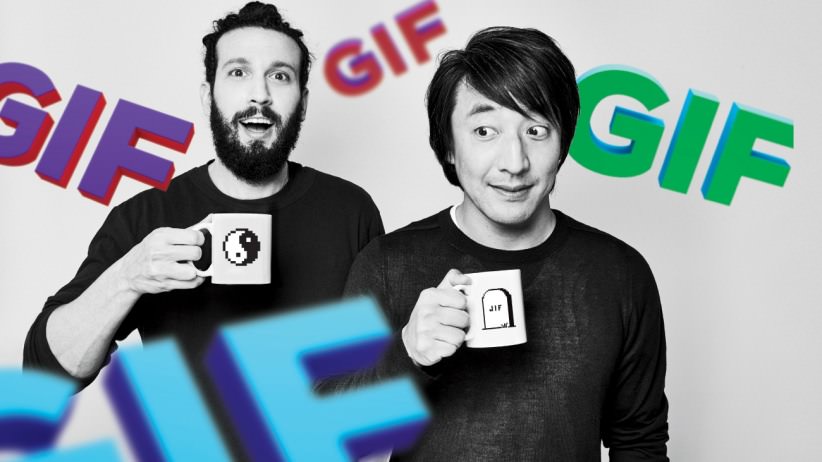 Giphy is taking on the biggest, weirdest branding challenge online today: How to become the go-to company for a new kind of internet culture.

Tyler Menzel watches television or movies or cable news, and he no longer sees what regular people see. He filters for the magical few seconds—a woman’s uncontrolled smirk, a man’s harrumph, a candidate’s shrug, the briefest of experiences that are, all at once, visually comical and expressive and entirely relatable. He’s trained himself to do this by being editorial director at Giphy, the fifth employee the company hired three years ago. His team used to be one person: him. Now it’s six people. By the end of this year, it’ll be 16. And like him, they will all have an eye for the overlooked. An eye for the moment. And they will transform that moment into a gif.

For the uninitiated: You’ve seen a gif before. It’s a looping image used across the internet—the thing that isn’t quite a video, that has no play button and no sound, that repeats until you look away. It’s lingua franca on social media. It’s on the New York Times homepage. It is silly and rudimentary and yet widely beloved, emailed and texted alongside emojis and emoticons. The gif’s inventor, Steve Wilhite, insists it is pronounced “ jif,” like the peanut butter, but don’t you dare say it that way. The internet at large uses a hard g, like “gift.” Case closed.

Giphy has a big idea: It wants to be the brand that owns the gif—that becomes synonymous not simply with a particular product or service but with the digital thing itself. Crazy? Maybe. It’s certainly an enormous branding challenge. But YouTube managed to own “internet video,” and Google owns “internet search.” Giphy already has a robust, searchable database filled with millions of gifs that it adds to daily, and has created tools so anyone can easily create clips and add to the collection. It has drawn in nearly $79 million in investments, and gets 500 million monthly page views on its websites and billions of views of its gifs. The company reportedly turned down a big acquisition offer from Facebook. So, maybe not so crazy.

But none of this is possible without the moment. 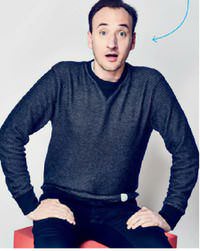 Here are the lengths that Giphy goes to in order to capture that moment. The company has begun live-giffing (or is that giphing?) events -- converting memorable seconds from live TV into instantly shareable gifs. This year’s Golden Globes was an all-hands-on-deck situation. Giphy sent two staffers to L.A. to work inside Entertainment Tonight’s production booth, while four others were perched at their office computers -- three in Giphy’s Manhattan headquarters, and one in Laguna Beach. They were hunting. Waiting. Anytime they spotted a moment that the internet might enjoy, they spliced it, tweeted it and uploaded it to the site. Things were going fine. There were some OK moments, but nothing stood out. And then while Lady Gaga was walking to the stage to accept an award, looking very self-serious, she bumped into Leonardo DiCaprio. The actor looked up. He was startled, and then, for a split second, his eyes bugged and -- wait, what was that? Indignation? Condescension? It happened so fast.

“And it was such a small moment. It was such a small moment. But as it was happening, I saw it and was like, That’s not only a gif, that is the gif of the night,” Menzel says. Super Bowl winners have spoken with less enthusiasm than how he relays this story. “As I was cutting it, I couldn’t even explain the moment. I was telling the team, ‘I can’t explain what I have, but I have something great. Wait until you see this. This is going to be good.’”

Within seconds, he’d created the gif. The internet hurtled forward. The five-second loop was viewed 50 million times and became the most talked-about moment of the night. Days later, DiCaprio told Vanity Fair that he’d seen the gif, had laughed at it, but remained perplexed by the whole situation. “I guess I’m of a different generation now,” he said. “I have no idea where this stuff comes from or how it’s even captured.” 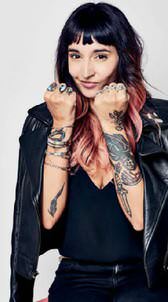 LET US PAUSE for this important consideration: What the hell is going on here? Why are gifs so desired? So pleasurable? How is it possible for gifs—for the very concept of gifs—to be a business opportunity? It’s not as if anyone will pay to see a gif, at least not any more than they’ll pay to see a JPEG or a PDF or any other standard file format. And that’s all “gif” is, to be clear: It is a type of file. Entrepreneur.gif—there’s the name of a file that might show us all scrambling to make this magazine by deadline, then scrambling to make this magazine by deadline, then scrambling… and so on, endlessly looping. “Gif” stands for “graphics interchange format.” Snooze-fest.

Giphy’s top guys—CEO Alex Chung and COO Adam Leibsohn—are eager to indulge these questions. We’re inside their office, a typical startup space with long tables of computers, glass-walled conference rooms and two dogs running around. “Ludwig Wittgenstein was a philosopher who had this language theory: Words are really, really good at literal things but really clumsy at abstract things,” says Leibsohn. (Non-spoiler alert: Both he and Chung were philosophy majors.) And Wittgenstein felt that this limited people’s ability to communicate. But what were we going to do, make another limited language? No.