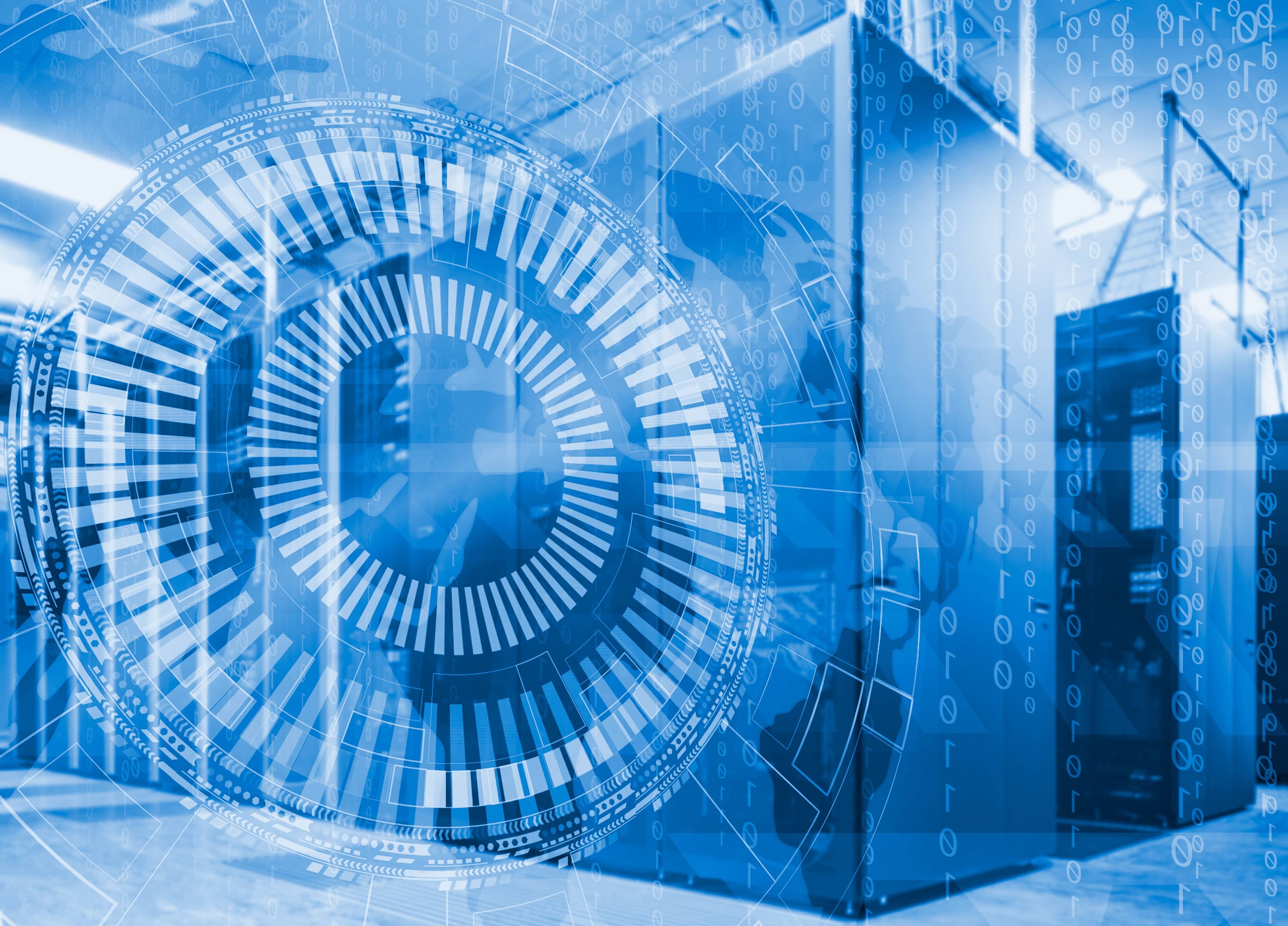 With close to 500 million internet users, India Inc. is on its course to generating over 2 million petabytes of data by 2020 driven by internet proliferation, digital initiatives and technology adoption. Now with the imminent push towards Data localization from the government and industry, the players are set to turn Hyperscale Datacenters into reality.

A rapidly expanding internet population, extensive proliferation of smart devices, and surging reliance on social media and e-commerce has sent the Indian economy on a new trajectory of growth. Rise of the internet population has impelled government, public and private services to move from the existing traditional service offerings to digital platforms.

The NDA government made a strategic push towards a digitized nation with a number of initiatives, the likes of Digital India Platform and Smart Cities. Five years on, the vision of a digital and interconnected India is in full flow. To get a slight glimpse of where India is in its digitization journey, the data generated in India was about 40,000 petabytes in 2010, and this is expected to rise to approximately 2.3 million petabytes by 2020, numbers twice the global rate. In Last year, Google claimed that roughly 10 million new users joined the internet phenomenon every month across India. Incomprehensible amounts of data present an immense challenge, not just from the management point of view but ensuring the integrity of services and security of citizen information. This prompted the central government to emphasize the importance of increasing cloud and data center investment in the Indian market in budget 2018.

As per ResearchAndMarkets.com’s “Data Center Market in India - Industry Outlook and Forecast 2019-2024”, the India data center market is expected to touch approximately $4 billion by 2024, growing at CAGR of around 9% during 2018-2024. A number of Industry reports observe that India is on course to become the second-largest investor in the DC market and the fifth-largest DC market by 2050. Major cities like Mumbai, Bangalore, Noida and Hyderabad are witnessing heavy investment influx from local and international players in the market. The research also observes that the increasing use of high-performance infrastructure is leading to the growth of rack power density to an average of around 8-10 kW in the India data center market.

This spurt in growth of DC infrastructure had been largely due to the traditionally data intensive sectors like BFSI, Telecom, Governance and IT and ITES. However, the digital empowerment of consumers surging demand for online experiences and adoption of technologies like AI, RPA and IoT in business processes, sectors like Retail, Healthcare, Real Estate and Manufacturing have joined the list of big space holding customers for service providers. As Sridhar Pinnapureddy, Founder and CEO, CtrlS Datacenters explains, “90% of the world’s total data has been generated in the last three years. Factors that are driving the data explosion are social media adoption, smart mobile penetration (leading to usage of data on mobiles), the rapid deployment of cloud, IoT, and storage requirements.”

India’s datacenter service providers have a vital role to fulfil in this new phase of the economy. Growth across sectors is predominantly dependent on transformation of services to more agile, scalable and often more efficient digital platforms. Factors that are fuelling the need for business to take data seriously are digitization of functions and processes, growing demand for enhanced customer experience, different dynamics of sales and marketing in the online ecosystem. The same factors are today’s competitive edge for an enterprise, influenced by adoption of technologies like automation, analytics, machine learning, AI, chatbots, sensors, IoT devices and mobility. The span of digitization today starts from the source of the supply chain and ends at the customer’s doorstep. Sunil Gupta, Exec. Director, President and COO, Netmagic Solutions sums this up, “An organization’s dependence on data and their inclination towards optimization of business processes drives this demand while state initiatives like Digital India support them. A DC helps keep up with the real-time demands of an innovative company. It is also an important building block in the digital journey of an enterprise.”

As per the ResearchAndMarkets.com.com study, Telangana is one of the leading cities in the Indian market, growing at the fastest CAGR of around 19% during the forecast period. The increasing initiatives by the state government in Telangana and Andhra Pradesh supporting facility service providers that are investing in datacenters across the state is contributing to the growth of this region. Hyderabad is the major city for datacenter operations with presence of over 10 facilities. Mumbai is the hub for facilities deployment by major companies such as AWS, Microsoft, Alibaba, and Google in the Indian market. CtrlS, NTT Netmagic, ITI Limited, and ST Telemedia GDC are among the major investors across the India data center market. CtrlS is planning to invest over 2000 Cr in the hyperscale datacenter taking its footprint to 5 million square feet in the next eighteen to twenty months. The increasing demand for data management services from enterprise across sectors will drive the need for innovative infrastructure in the market in the coming years. The answer is Hyperscale facilities with the power capacities of over 50 MW. As per the report, the construction of such facilities is being undertaken by major operators in cities such as Mumbai, Bangalore, and Hyderabad.

Adoption of cloud-based services is growing globally with a proportional demand for IaaS, SaaS, and PaaS among enterprise customers in India. Adoption of SaaS dominates the Indian market adding revenue of around $850 million in 2018. The increasing investments from global cloud providers and leading colocation providers are fueling the need for facilities of Tier IV standard in the market. Companies such as CtrlS, GPX Global Systems, and Pi Datacenters are investing in facilities of Tier IV category in the India data center market, as per the Research- AndMarkets.com report. India’s public cloud services market is expected to reach $4.1 Bn by 2020 and the country is second only to China as the largest and fastest-growing cloud services market in the Asia-Pacific region.

Going digital and tapping the power of data is the means to achieve to better internal functions and external delivery of services which is the mantra for better business for any organization today. “Digital transformation and innovation are today, extremely important in winning, serving, and retaining customers. Continued investment by the banking industry is a major reason,” Netmagic’s Sunil Gupta continues, “They are not only investing in primary DCs, but also in “near disaster recovery (DR)”, and “remote”. Another driver is manufacturing companies, who initially used captive DCs for SAP implementations. They have begun preferring third-party DCs when technology refresh cycles come up -- when their older equipment has outlasted their useful life, they are migrating to managed service providers. Service providers generate efficiencies of scale and pass on those cost benefits to customers.”

The India data center market has multiple numbers of players participating in the competition across the country which has been a driving factor for innovation and better services. The steady development regarding IT infrastructure procurement, Greenfield, brownfield, and modular facility is creating lucrative opportunities for the leading players in the market. In fact, the growth in the DC market will be a growth opportunity for a number of other IT players in India. As the report finds out, The India data center market by electric infrastructure is segmented into UPS systems, generators, transfer switches & switchgear, Rack PDU, and other electrical infrastructure. UPS systems dominated the largest India market share in 2018, growing at a CAGR of more than 13% during the forecast period. The installation of large UPS systems that are capable of supplying MW power is kept in a centralized location to provide backup power for the entire facility during an outage in the India market. Diesel generators currently dominate over 95% of the market, where the use of gas generators is very low. The increasing construction of large facilities will lead to the adoption of medium- and high voltage switchgear in the market over the next few years. The construction of large datacenters will lead to the adoption of rack PDUs with the capacity of over 10 kW in the India data center market after 2020.