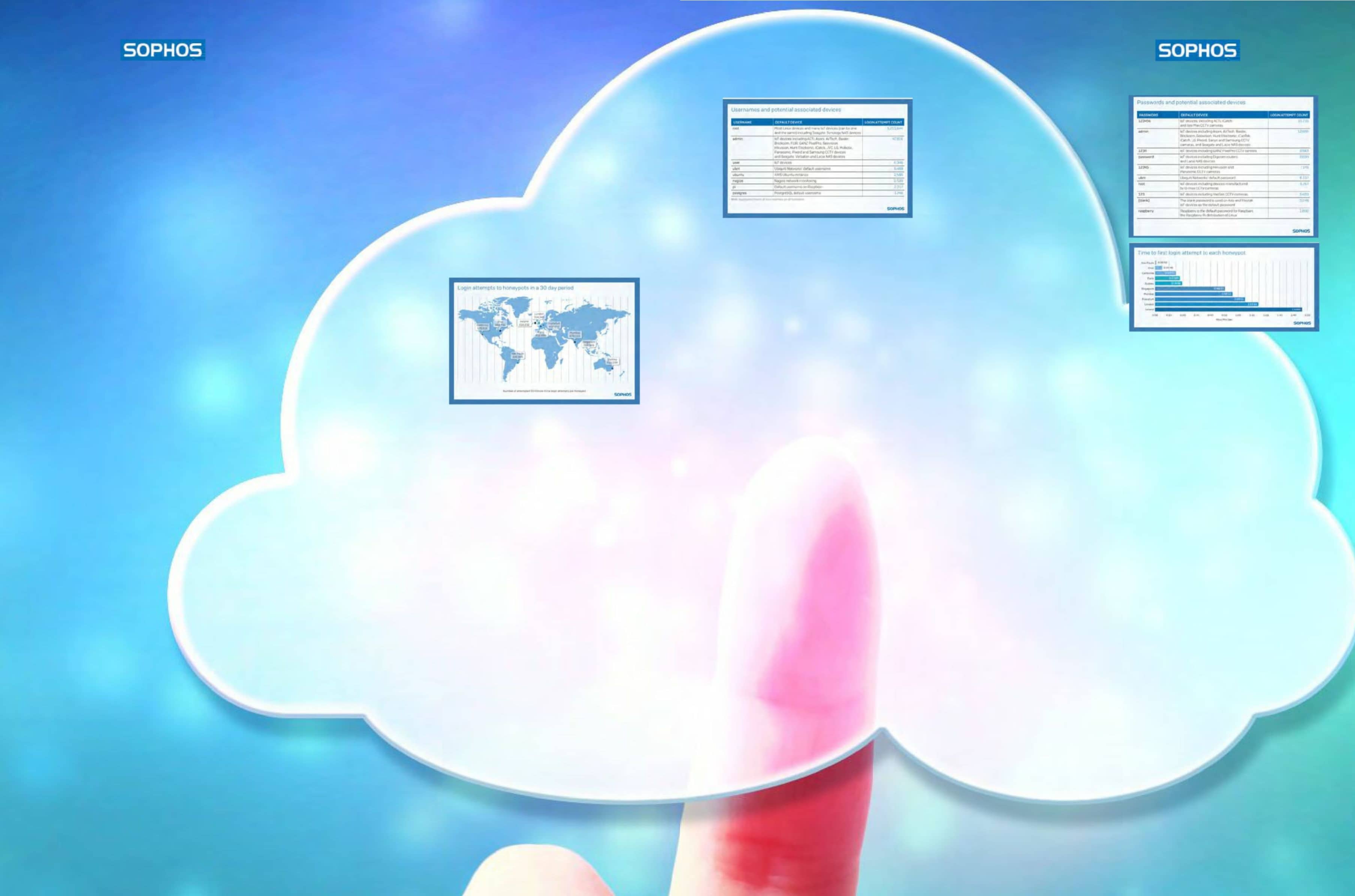 Contrary to popular belief, every device is worth hacking when the process is automated.

It doesn’t matter who or where you are, if you own a company big or small, or have technology in the home – every device can be monetized by an enterprising criminal. Brute force login attempts are likely occurring on any online device. Yet the speed and scale of the problem can boggle the mind. Criminals are relentless and often competitive with one another to find, take over, and monetize your smart devices.

The research you’ll find here, using honeypot devices across the internet, is a first step in attempting to quantify the issue. In cybersecurity terms, a honeypot is an open, vulnerable device, configured to deliberately lure a cybercriminal to attack. When the criminal starts to interact with the device, they are in fact triggering alarms to alert a business or individual to their presence and track their activity.

There are many types of honeypots, but in this paper we focus on two main distinctions: high and low interaction.

A low-interaction honeypot is a honeypot that, once found by the hacker, will not be of much use to them. In our case, the attacker is presented with a login prompt they have no way of getting past. This logs and stores any attempts to log in, providing information on the attacker’s IP address of origin (which can be attributed to a location), and the username and password used in the login attempt.

The honeypots in this test simulate the Secure Shell (SSH) service and, therefore, measure SSH login attempts. SSH is a remote access service used not only by servers, but is also enabled in domestic environments in devices as diverse as CCTV cameras or NAS devices. On these systems, legitimate users may connect via SSH to remotely configure the device or to access files. For an attacker, once they get past the login prompt onto an IoT device, they not only gain the same access as the owner, but often gain even more control than was ever intended.

We initially set up honeypots in ten of the most popular AWS data centers in the world and made sure that the honeypots are not affiliated with Sophos or any other company other than, perhaps, the hosting provider. To a hacker, they appear as just a number, a bit of extra processing power that could be theirs, a camera they could control or a directory of files they could access and share.

The research clearly demonstrates that devices that have not received due attention to configuration (including changing any default passwords installed at the factory on many devices) may permit a cybercriminal to access those devices. However, we can learn how attackers work from this research, and what we can do to prevent many of them from succeeding.

Finding 1: The short time it takes to get pwned

When the honeypots first went online, it took attackers no time at all to discover the SSH service and for login attempts to start. In one instance, our device was attacked in less than one minute from deployment. However, in others it took nearly two hours before login attempts began. But once the login attempts start, the attacks are relentless and continuous.

Finding 2: It is a feeding frenzy