Robots To Rule The Workplace 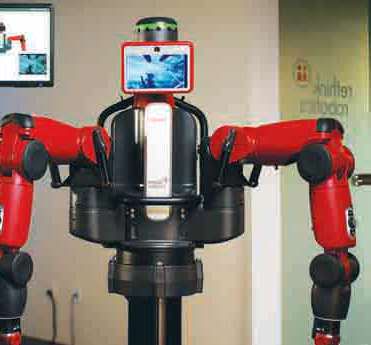 The prospect of robots taking up jobs might sound scary, but it's an impending reality already started happening in some pockets. Though with displacement also comes new job opportunities.

Sounds like science fiction or a figment of imagination but very much a possibility. As one looks at the annual results of the major IT services providers in India, most of them are deepening their competencies in automation to achieve the twin goal of improved productivity and reduction in lead times. But will it also have an impact on the workforce—will it lead to large-scale reduction in headcount?

While that is a possibility in IT services, but at the same time a recent Forrester report states that ‘Robots won’t steal our jobs; automation to create 13.6 mn jobs over next decade; 7% net job loss by 2025’. According to Forrester, the data in the market on anticipated job loss— thanks to automation is quite dire—the most popular study claiming nearly 50% of the jobs will be impacted. But these studies have so far ignored an important factor of automation which is jobs creation.

Analysts at Forrester say, “Yes, there will be jobs lost in the coming years thanks to robots, driver-less cars, and cognitive computing. We predict 16% job loss rate between 2015 and 2025. On the other hand, automation will create 13.6 mn jobs over the next decade, equivalent to 9% of the workforce, to yield a net job loss of 7% in the US by 2025.”

Not to be overlooked, according to the study, the third category is jobs transformation. By 2019, Forrester expects robots to change 25% or more of every job category across every industry. The medical clinician is a great example, as cognitive computing increasingly transforms how doctors diagnose and prescribe treatments.