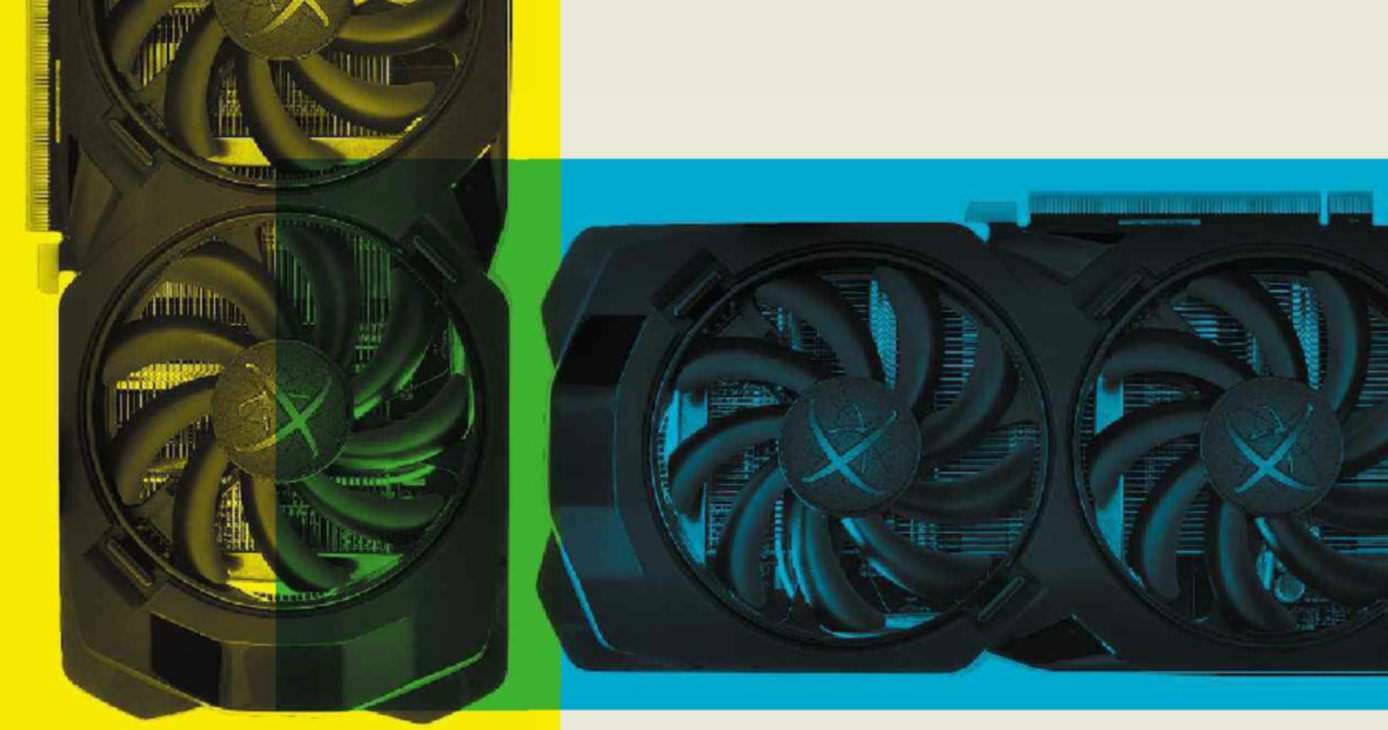 After a pair of GTX 1070 cards smashed the Titan X’s 4K gaming results last month (see Issue 163, p93), we started to wonder if there was scope further down the scale. If two GTX 1070 cards were more than powerful enough for 4K gaming then, in theory, you should be able to build an even cheaper dual-GPU machine with lower-spec cards and gain entry to the 4K gaming world at the bottom too. Sadly, Nvidia has other ideas, and its GeForce GTX 1060 cards don’t support SLI, but AMD’s Radeon RX480 cards are Cross-Fire-capable. Could the latter do it? To help us find out, XFX sent us two of its RX 480 RS 8GB cards to plug into our graphics test rig.

This XFX card currently costs £255 inc VAT from www.overclockers.co.uk, and comes with a custom, dual-fan cooler, rather than the noisy AMD reference cooler, along with a full backplate. The cooling system has a couple of neat touches too. Firstly, the fans can be easily clipped out and replaced by LED models to match your system’s internal colour scheme. You can get white, blue and red LED versions, which cost £18 inc VAT from www.scan.co.uk. The cooler also only spins up the fans when they’re needed, meaning the cards are effectively silent when the GPU is idle. They spin up when running a game, which makes for a clearly audible airflow rumble when both cards are fired up, but it’s not an annoying, whiny noise, and it thankfully doesn’t constantly go up and down either.

Unlike the Zotac cards we tested last month, these XFX cards have a dual-slot design, so there’s a decent amount of airflow between them if you install them in a motherboard with triple-spaced PCI-E slots, such as the Asus Maximus VIII Hero in our test rig. There’s also a fancy illuminated XFX logo on the edge, which glows white and handily tells you when the second card is active. The XFX cards also raise the peak GPU clock speed slightly from 1266MHz to 1288MHz, while keeping the GDDR5 memory at the reference clock of 2000MHz (8000MHz effective), and there’s a single 8-pin power connector on each card.

A pair of these cards will set you back £510 inc VAT, which would be a great price for a 4K-capable gaming setup, but it’s also much more than the cost of a single GeForce GTX 1070 card – even two cheaper RX480 8GB cards cost much more than a bottom-end GTX 1070, so that’s the target to beat to make the purchase worthwhile.