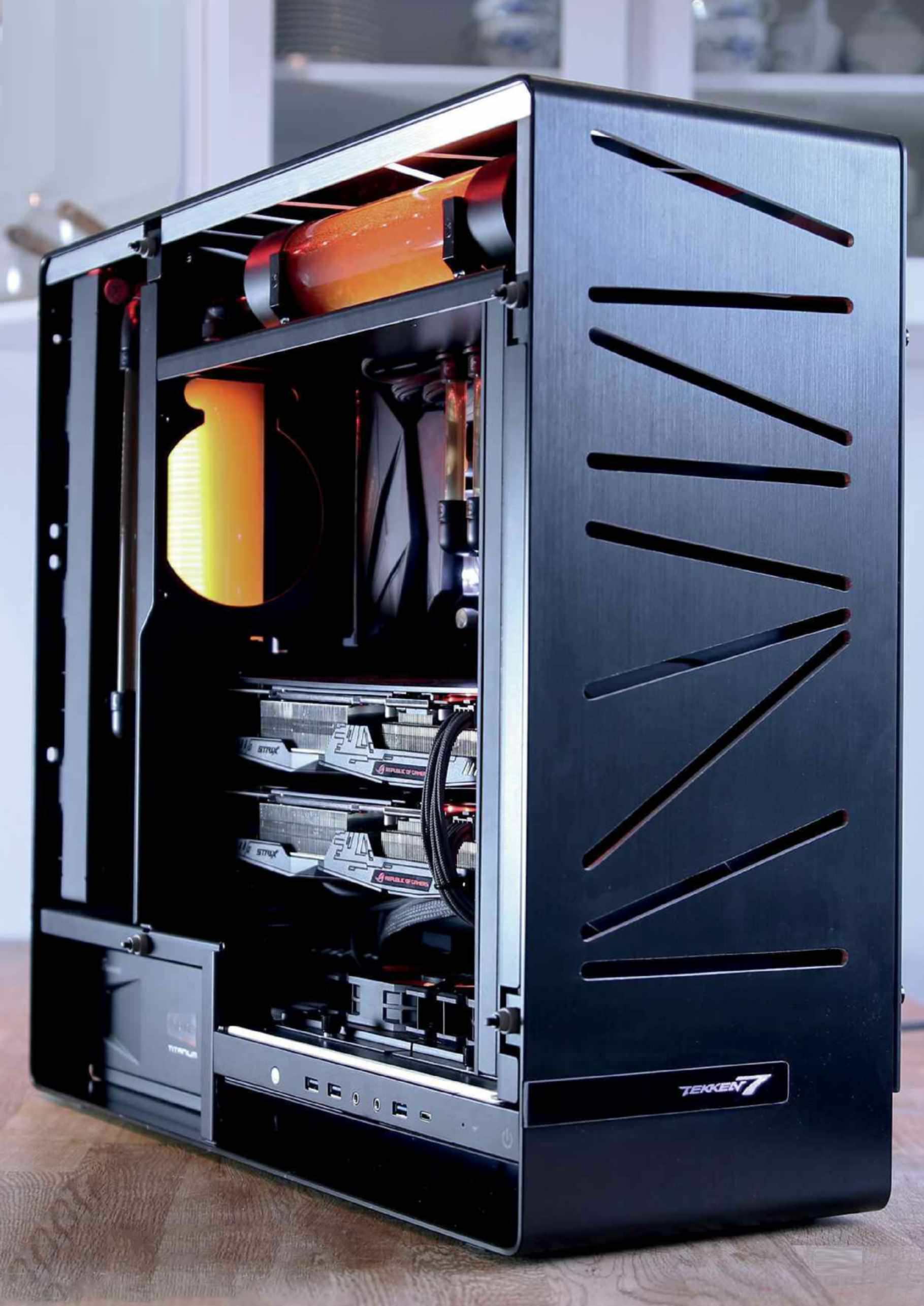 CPC What originally inspired you to build this project, and why did you use the In Win 909 case?

Justin: I was contacted by Bandai Namco Nordics to come up with a custom modded PC theme to celebrate the release of the first ever Tekken game for the PC. After thinking and planning, I decided that I wanted to honour the game by making a physical representation of the volcano level where the famous family feud between Kazuya and Heihachi began, and will end.

The In Win 909 chassis was chosen for this project because of the sleek design, compartmental layout and the black canvas that the front and top of the chassis provide, so that I could makemy own design. The dark outer shell of the chassis represents the hard and dried lava plates, while the red and orange LEDbacklit lines, and the reservoir filled with Mayhems Aurora lava coloured coolant, represent the flowing lava, as seen under and between dried lava plates in real life.

Looking at the side of the case, the top and rear compartments that house the reservoirs are all glowing red and orange, representing the earth’s flowing mantle layer, which is basically liquid stone. The inner compartment where the motherboard and GPU sit glows a light yellow/white colour, which represents the earth’s core. These design ideas enabled me to create my take on a volcano level, without resorting to just making a papier mâché, over-the-top volcano with some PC parts stuffed inside it.

CPC What’s the purpose of this Tekken 7-themed project?