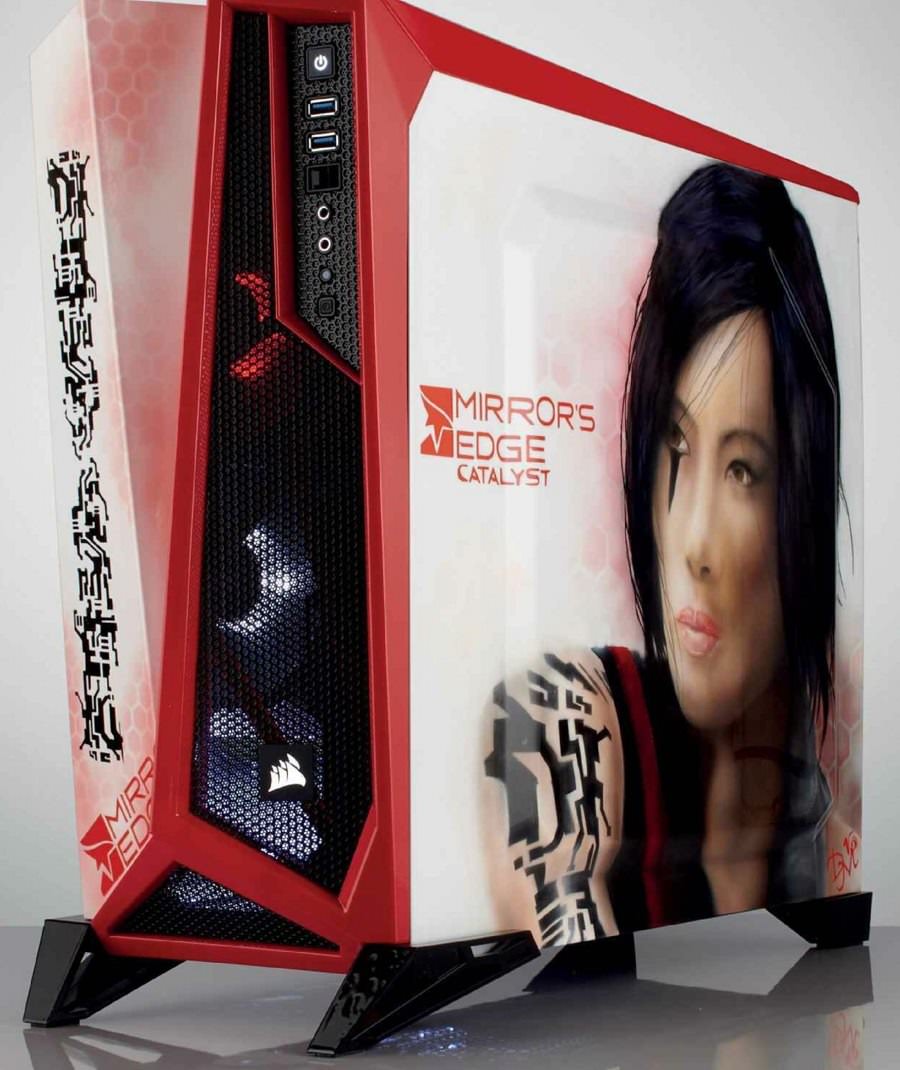 Inspired by Mirror’s Edge Catalyst, Johan Nyman gave his components a splash of red and white paint, and assembled this gorgeous themed build

What originally inspired you to build this project,and why did you choose the Spec-Alpha case?

Johan: I started modding back in 2009,and all my modding work helped me to land a job at Corsair as a technical marketing specialist in Sweden.I wanted to build a game inspired PC for Corsair as a demo/ show build for Corsair to display at different events,and I’d never made a themed build before,so it was all new for me.

I started thinking about what game I’d like to use as the theme,and ended up with Mirror’s Edge Catalyst. That game features a lot of white and red,which is why I ended up with the white and red Spec- Alpha case;I thought it would fit the theme very well.As this build is based on Mirror’s Edge,I joined half of the case name with half of the game name to create the project’s name,Spec-Edge.

What specs did you choose and why?

Johan: All the hardware I chose was meant to fit with the overall theme,so there’s a lot of white and red. For example,the motherboard from Gigabyte fits the theme very well with all its white and red details.I also used red and white LED fans,as well as red and white Corsair Vengeance LED RAM modules.

The Zotac GTX 980 was a spare graphics card I owned,but it was orange and grey,so I painted it red and white instead;I did the same with the radiator for the Corsair H100i v2 CPU cooler.The cable sleeving was also custom-made to fit the theme perfectly.