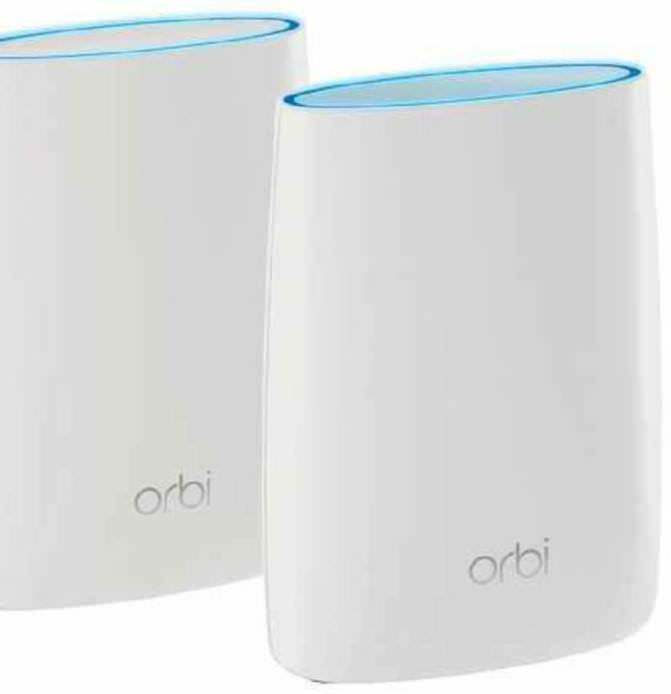 Most high-end routers take a brute-force approach to improving Wi-Fi speed and range, adding more antennae, more frequency bands and the latest Wi-Fi standards. That approach works up to a point, but eventually even powerful routers run out or range. Of course, you can buy Wi-Fi extenders, extra Ethernet cable and access points, or use powerline networking, but Netgear has taken a novel approach with the Orbi that pretty much solves the problem.

Instead of one powerful router, the Netgear Orbi system has one router and one hub, which work together to stretch your Wi-Fi signal. The hub acts as a glorified Wi-Fi extender, but rather than offering a measly single-band, single-antennae unit, it’s a fully fledged quad-stream, tri-band (1 x 2.4GHz, 2 x 5GHz) monster that dedicates one of its 5GHz bands to communicating with the main router.