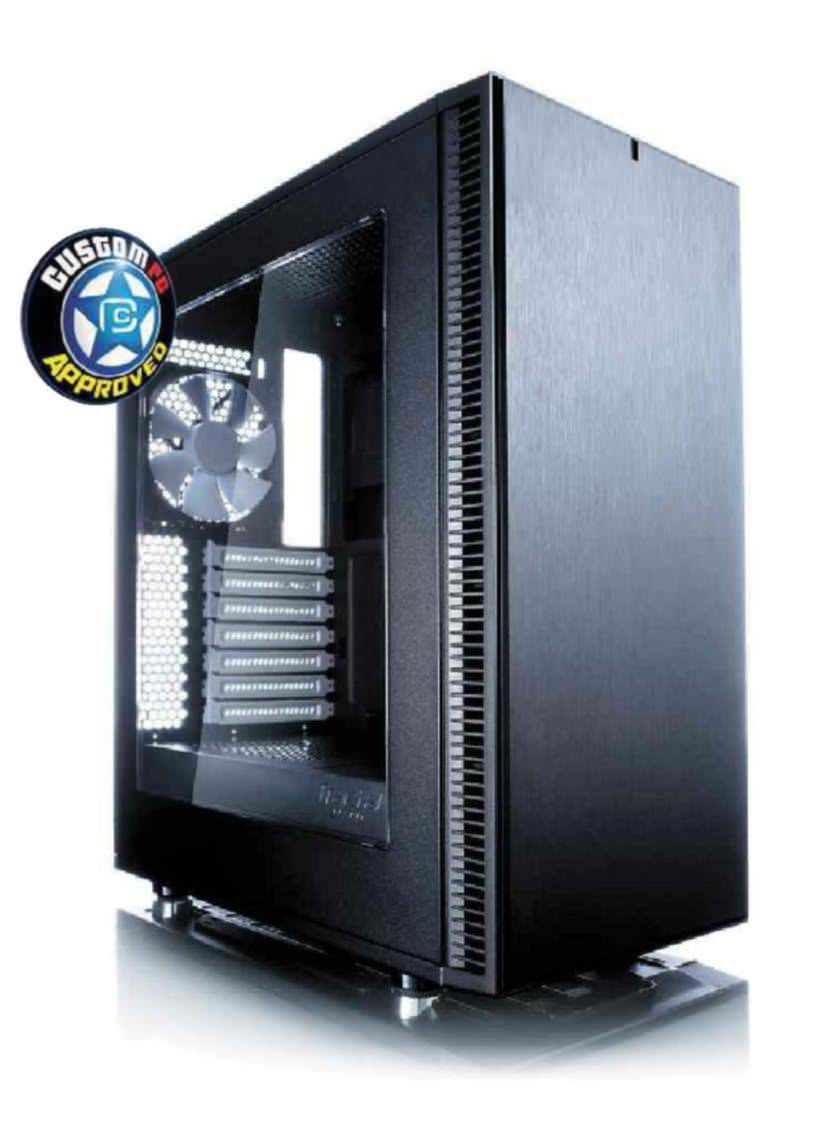 Fractal Design has been on a bit of a roll recently across every size of the case market.

Its mini-ITX Core 500 proved to be one of the best cube cases we’ve tested, the Nano S is our favourite mini- ITX case and the Arc Mini R2 is still one of the best micro- ATX cases available. The Define C is the company’s latest ATX case, which looks set to cement Fractal’s place in the crowded sub-£100 case market.

The price puts the Define C somewhere between the Define S and Define R5, although it’s a substantial £20 cheaper than the latter. Unlike the R5, the Define C focuses more on aesthetics than features, opting to hide away its drive bays rather than have a great stack of them on show. As a result, there are only two 3.5in bays, which are hidden under a PSU cover that stretches the length of the chassis.

This cover is entirely absent from the Define R5, which could be described as being more functional, but it’s really handy to have a cover to hide the PSU and its unsightly cables. As well as a pair of 3.5in bays, you also get three 2.5in SSD mounts. These mounts are well hidden on the rear of the motherboard tray, so the inside chamber of the case is practically devoid of cables and drives. We reviewed the windowed version, which looks great, but there’s also a non-windowed version available for a little less than £80.