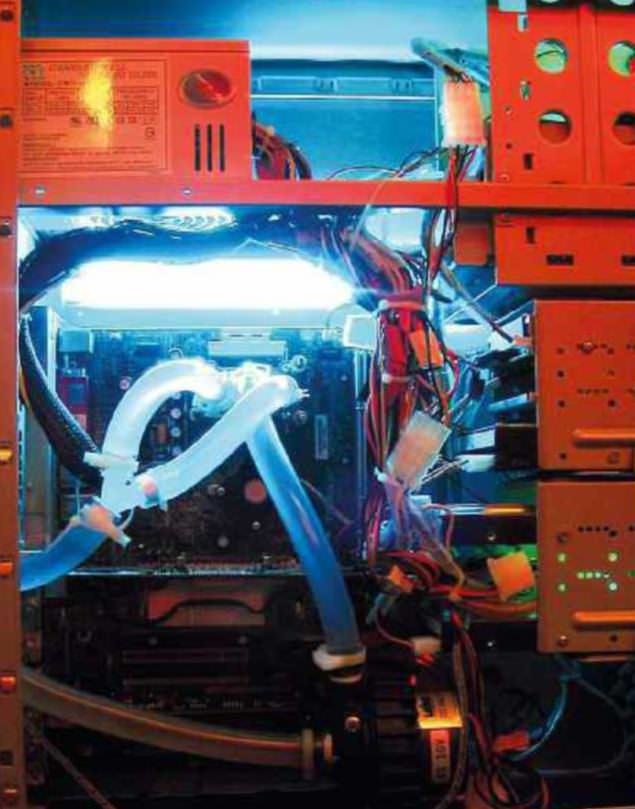 Case mods, tools, techniques, water-cooling gear and everything to do with PC modding

Someone asked me recently when I built my first water-cooled PC and I had to think for a moment. It was actually a lot longer ago than I first realised, and I was slightly horrified to find it was 15 years ago. Back then, the industry was tiny and with far more of an emphasis on cooling than aesthetics, while the opposite is often true today. Components were little more than adapted aquarium and pond hardware, and there were even PCs that sported green hose tubing bought from garden centres.

Heat was a major issue then, thanks to larger transistors and high voltages, as well as the fact that heat spreaders hadn’t made an appearance, at least on mainstream CPUs.

The impact of water-cooling your hardware was huge. Air coolers were far from great at the time too, with most of them offering mediocre cooling as well as high noise levels, so water-cooling your PC was even more beneficial than today.

That’s why I water-cooled my first PC back in 2003. A succession of hot summers around that time had meant that an overclock I was running on my air-cooled PC had to be lowered, as my PC was simply getting too toasty. Water cooling meant that I could run my overclocked PC flat out with acceptable temperatures, and I could finally get rid of the hideous air cooler I owned at the time too.

Of course, cases weren’t very well suited to water cooling at the time, which was one of the catalysts of the PC modding scene. I had to make various cuts with a circular saw in my ancient Chieftec Dragon case to fit a double 120mm-fan radiator inside it, and the enormous Eheim 1250 pump took up the rest of the space, meaning I had to mount the reservoir externally until I upgraded to a more modern one. However, the low noise levels and super-low temperatures meant I was hooked, even if my PC looked pretty hideous.