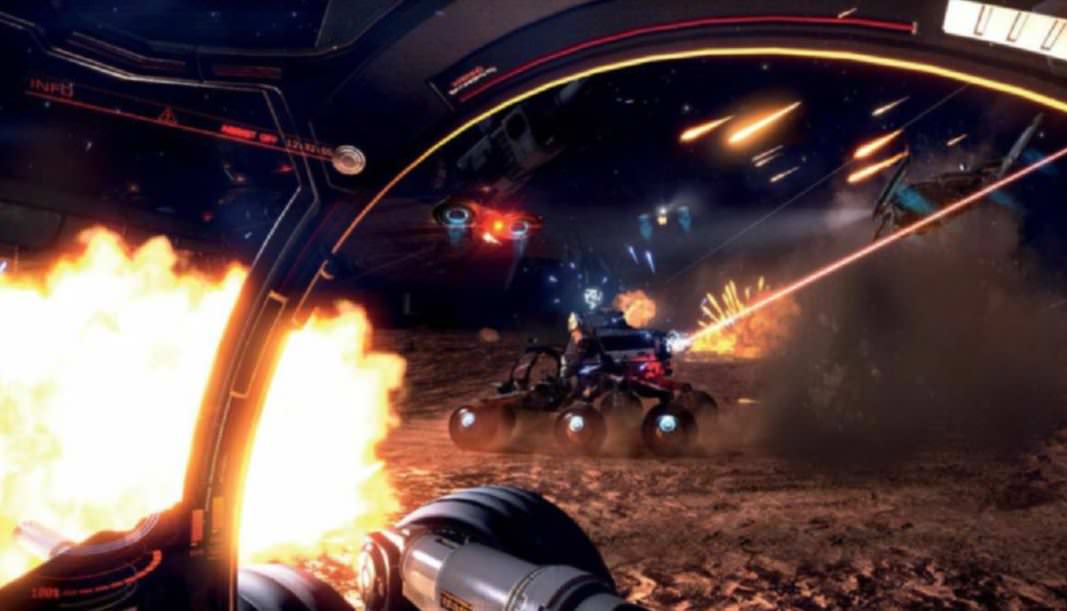 Rick Lane speaks to David Braben about the changes to Frontier’s tech since the launch of Elite Dangerous.

When Elite Dangerous launched in December 2014, it supported an engine capable of rendering a procedurally generated galaxy populated by billions of star systems. With the aid of its Stellar Forge technology, these systems were simulated according to realistic physics, covering everything from the age and composition of stars to how the light from individual suns illuminates specific celestial spheres.

Three years on, and much has changed at Frontier Developments. Not only has Elite Dangerous received a season of expansions that dramatically alter both the game and the underlying tech, but the Cambridge studio has released a new game with the Cobra engine that couldn’t be more different from its distinguished space simulator. Both projects necessitated the introduction of new features to Cobra – an interesting challenge considering just how far removed the games are from one another.

Once Elite Dangerous was completed, Frontier began work on Horizons, a paid-for series of expansions for the game designed to provide long-term support and new features for its online community. Of these features, perhaps the most significant is the introduction of planet surfaces on which players can land, explore and establish bases. What’s more, these planets are rendered at a one-to-one scale.

You might think such an addition would be an enormous task, but Frontier planned to include planetary landings since the commencement of the project, and built its tech to accommodate it. ‘Stellar Forge already models the chemistry of the bodies, tracking the presence of volatiles and so on, which in turn determines the surface characteristics of a body,’ says David Braben, founder of Frontier Developments, and co-creator of the Elite series. ‘We also model the evolution of the system, so this determines the amount of cratering and so on.’ In other words, not only does Stellar Forge simulate the composition of planetary bodies, but it also models how those surfaces change over millions of years.