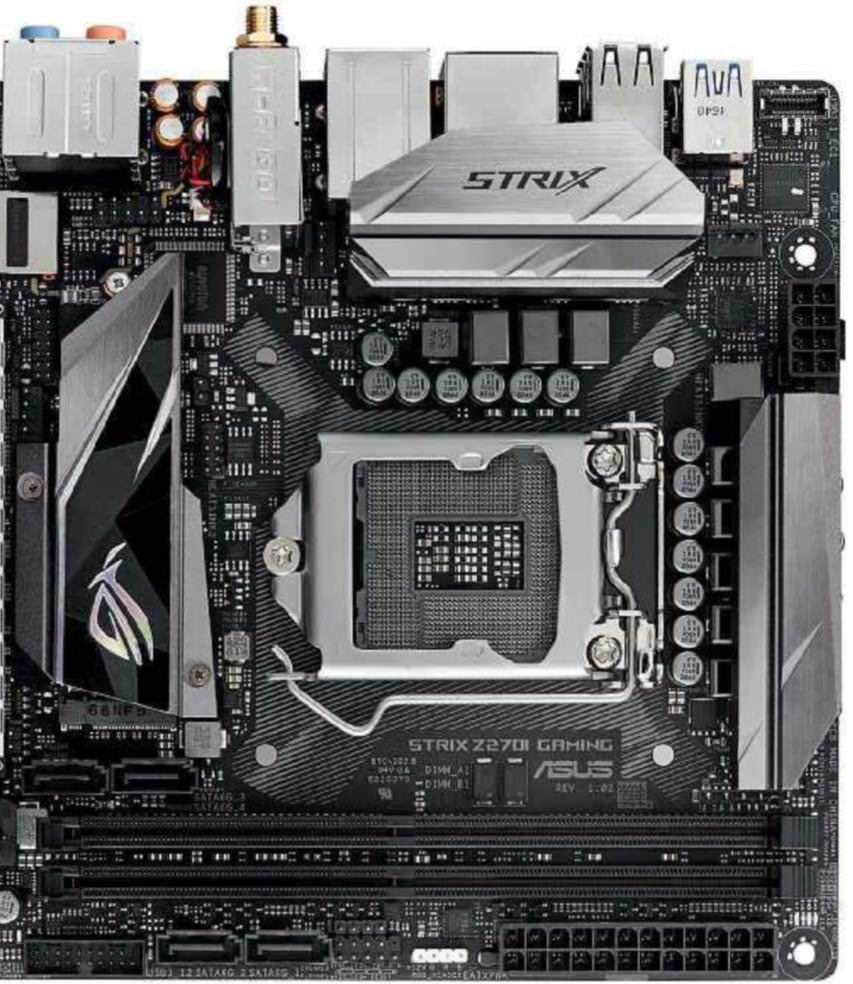 It’s also the only mini-ITX Z270 board with two M.2 ports, opening up RAID with ultra-fast NVMe SSDs in RAID, or the ability to use one NVMe drive as your boot drive and a larger, cheaper SATA M.2 SSD for data, negating the need for additional drive mounts. What’s more, Asus has included a nifty-looking heatsink for the top-side M.2 port, complete with a thermal pad. The other M.2 port is located on the underside of the PCB.

The Asus doesn’t have as many SATA ports as some of the other boards on test; the Gigabyte Z270N-WiFi and both ASRock boards all sport six ports compared to the Asus board’s four, although the Asus is clearly aimed at people who want to take advantage of next-generation storage, rather than hard disks and SATA SSDs, and you’re unlikely to install more than four SATA drives in a mini- ITX rig anyway. The Asus also sports huge heatsinks for both sides of the CPU power circuitry, which comprises eight phases.