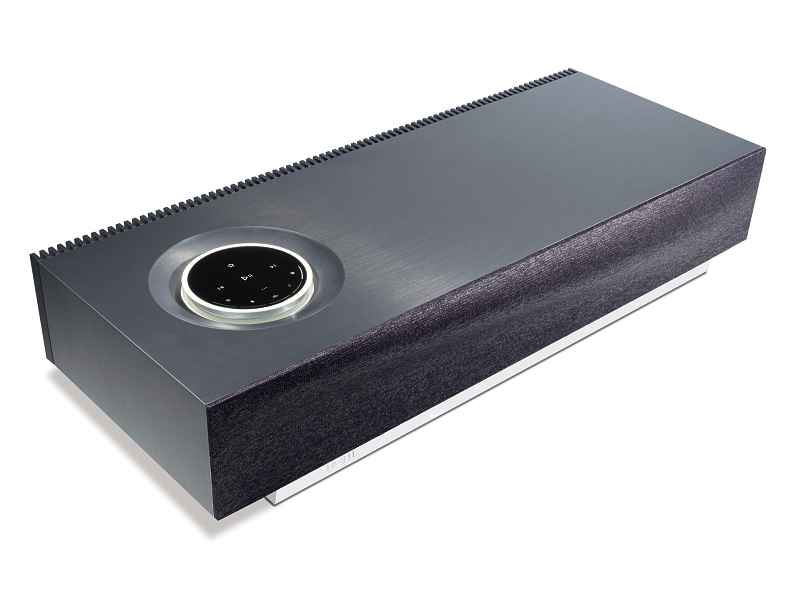 VERDICT A luxurious and fine-sounding slab of metal, but for most homes it won’t be worth the expense

A FULL FIVE years after launching the original Mu-so, its flagship wireless speaker, hi-fi specialist Naim has finally decided it’s time for a redesign. The result is the Mu-so 2.

From the outside, not much has changed. Naim’s brutalist slab is still striking in its own unique way: its precise, squared-off edges and glowing Perspex base are softened judiciously by the rippled fabric weave stretching across the front grille and the large rotary volume dial on the top panel.

Delve deeper, however, and you’ll find there have been extensive changes under the hood. During development, Naim enlisted the help of French speaker manufacturer Focal to hone the Mu-so 2’s performance. The speaker’s six drivers have been given particular attention. The two tweeters are the same as they were in the original Mu-so, but Focal has had a hand in upgrading the two pairs of mid-range and bass drivers.

BIGGER ON THE INSIDE

The Mu-so 2 is also about a centimetre deeper than before, a seemingly tiny change that nonetheless significantly increases internal volume, and with it an improved internal bracing and baffle design to extend the bass response while keeping music muffling vibrations to a minimum.

Those distinctive fins at the Mu-so 2’s rear are thinner than they were on the Mu-so, but that’s not just for show: the increased surface area helps them to dissipate heat from the six amplifiers more effectively, and they double as a Wi-Fi antenna, too.