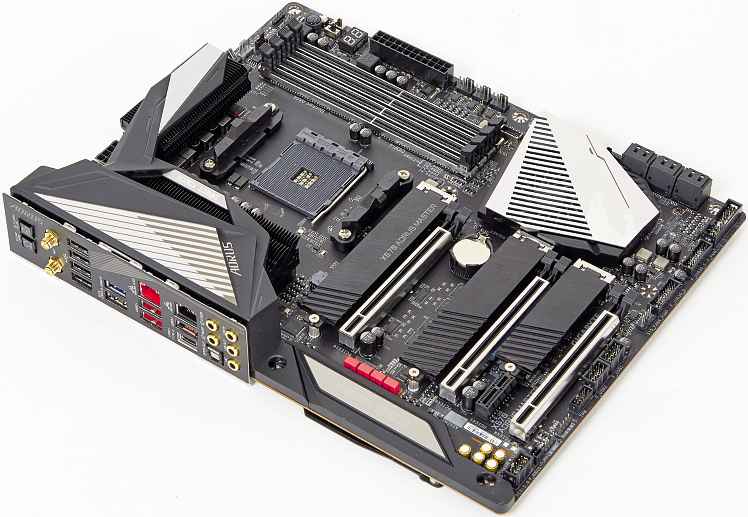 VERDICT A loaded and forward-thinking motherboard, but not one that fully justifies its high price

James Archer
IT’S A GRAND old tradition for major CPU releases to be accompanied by new motherboard chipsets, and while AMD’s 3rd-gen Ryzen processors are maintaining this routine, they’re doing so on a much smaller scale then usual. This time, there’s only one new chipset at launch, the high-end X570. This is, it should be said, quite a big deal. X570 is the first chipset from AMD or Intel to support PCI-E 4.0. On all recent motherboards, the default version of PCI-E – the interface that allows individual components to communicate with the motherboard – was 3.0. PCI-E 4.0 has double the bandwidth, which on X570 motherboards is made available to graphics cards, SSDs, Wi-Fi cards and anything else that connects via the PCI-E slots.

The extent to which different motherboard models support PCI-E 4.0 will vary, as it will be cheaper to include slots running the 3.0 interface. The X570 Aorus Master, however, takes no such short cuts: with a 3rd-gen Ryzen CPU installed, all of its three PCI-E x16 slots, all of its three M.2 slots and its single PCI-E x1 slot are capable of 4.0 speeds.

COMING IN THREES It would be hard to expect anything less when the X570 Aorus Master is more than twice as expensive as the most affordable X570 motherboards, like the Asus Prime X570-P and the MSI X570-A Pro. These only have some of their slots equipped with PCI-E 4.0, however, so Gigabyte’s model is clearly lining itself up as an option for enthusiasts looking to stuff their systems with the latest hardware.