The Typist Who Became a Technologist

Spanish novelist Carlos Ruiz Zafón wrote that “destiny doesn’t make house calls; you have to go for it.” Going for it is a great way to describe Linda Brown, a veteran computer science and information technology teacher in Washington County School District (WCSD) in St. George, Utah. Throughout a 24year teaching career she has definitely gone for it.

It was during her senior year at Box Elder High School in Brigham City, Utah, when destiny knocked — or, to be more precise, threw a users’ manual her way. Brown was spending part of her days as a teacher’s aide in the business department when the school purchased its first computers.

At the time, Brown was also known as an extremely quick typist, tapping out a blazing 103 words per minute. (The average teenage student clocks in between 37 and 40 WPM today.) She even won the statewide Future Business Leaders of America (FBLA) typing competition that year.

Back then, having computers in school was not a common occurrence. Most staffdidn’t have much of an idea about how to operate them, nor did they have the time to learn. Acknowledging her dependability, willingness to learn, and certainly her typing speed, the department head tossed Brown the users’ manual and told her to see what she could do.

“There were six computers, along with a bunch of those old 5.25-inch floppy disks,” Brown recalled, “and I had to read the book to figure out how to set them up and then use them.”

Jumping into the world of computers

One aspect of computers that Brown found especially appealing was word processing. “I realized I could type even faster on a computer and it was so easy to erase errors,” she said. “No more having to use whiteout on a page.”

Hooked on the possibilities of computers and holding a strong interest in business, Brown went on to attend Utah Technical College and later transferred to Brigham Young University to earn a degree in business education. During college she helped makes ends meet as a Senior Technical Support Operator for the WordPerfect Corporation, where she again showed her self-learning moxie.

“They gave me a manual to read and three days later I was on the phone troubleshooting for customers,” Brown said.

As a tech support worker, Brown became a fluent problem solver, tackling software issues and troubleshooting challenges, while continually encountering new technologies. She was thrilled with the experience. “I loved the feeling of empowerment that came from fixing things that were broken and educating others who were using the technology on ways to avoid future problems with their equipment,” she said.

‘There were six computers, along with a bunch of those old 5.25inch floppy disks,’ Brown recalled, ‘and I had to read the book to figure out how to set them up and then use them.’

By 1987, Brown had moved to Oregon and become a WordPerfect Certified Instructor — one of only two people in the country, at the time, to hold that credential. She soon found herself “very in demand.”

During that time, Brown worked for a computer training company. As a WordPerfect Certified Instructor, she had the freedom to create her own information technology (IT) curriculum and training manuals. Most training sessions were on client premises and would last anywhere from one day to several weeks.

One of her more interesting sessions took place on the Warm Spring Indian Reservation in north-central Oregon. Teaching Wasco, Tenino, and Paiute students meant loading her computers and associated peripheral equipment into a van and heading off to remote and rugged country. “It was a great experience,” she said. “The reservation had a small motel and I would stay there for four to six weeks holding classes.”

Brown also took time out of her busy schedule to volunteer teach computer science (CS) skills to youth in lock-up facilities. In the process, she managed to “inspire a love of computing in a few of the students.”

Her efforts to help young people are a byproduct of her own childhood. Coming from a dysfunctional home, Brown was blessed with a couple of high school teachers who watched out for her. “They took me under their wings and really helped me make it through some difficult times,” she explained. “I’m grateful for all they did and because of them, I want to help other young people.” 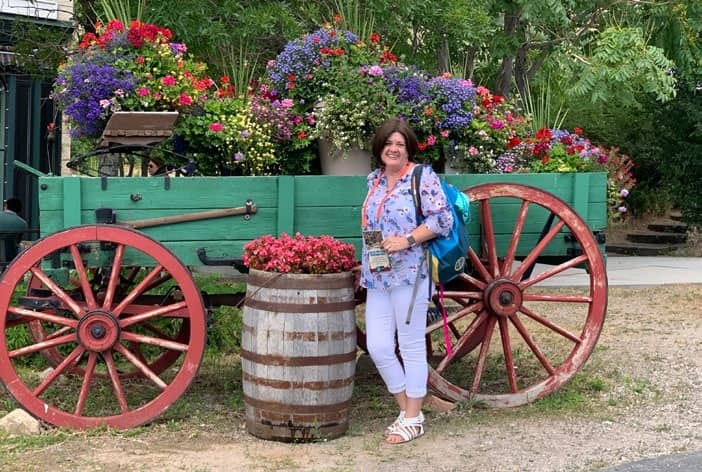