SETTING HIS SIGHTS ON SUCCESS 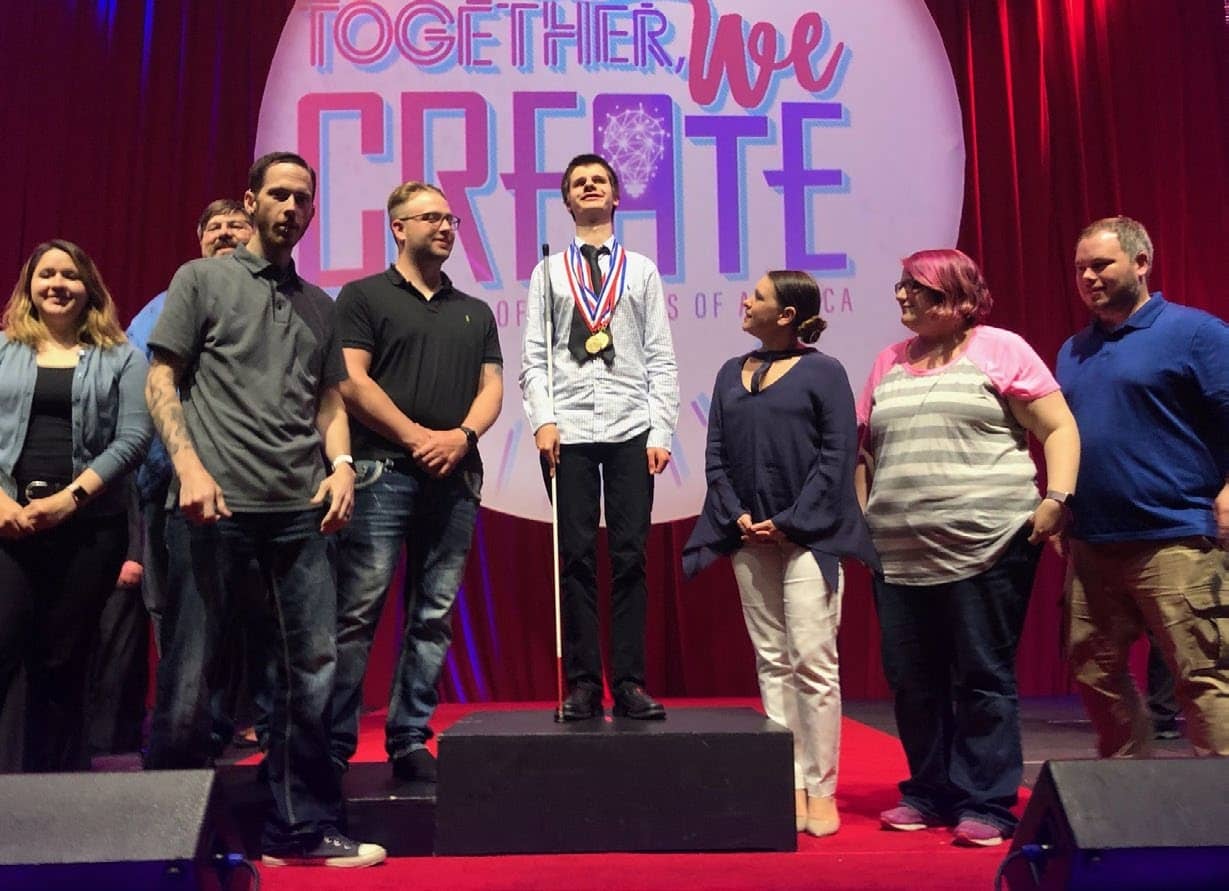 Ohio IT student has mastered computer repair, cybersecurity, and certification

The student I’ll be profiling in this issue of Certification Magazine, Alex Mitov, is 19 and hails from Bowling Green, Ohio. Also, spoiler alert: Alex Mitov is not your typical IT student.

Alex does have a lot of the same characteristics and accomplishments as any up-and-coming future IT professional: He’s highly intelligent, a hard worker, he enjoys challenges, and is enamored with the potential of information technology. He holds a bundle of certifications attesting to his computer acumen, and he has even won a few computer competitions.

Alex spends his down time like most teenagers, “watching” YouTube videos, being with friends, and listening to music. He enjoys kayaking with his dad on Lake Erie and he even has a snappy catch phrase when things fall his way. (More about that later on.)

He often puts his IT skills to good use messing with phone and tech support scammers. He once spent an hour on the phone punking a fake “agent” from the Drug Enforcement Administration who claimed Alex was under investigation as part of a smuggling ring.

Yes, in many ways Alex is like most of the young people I’ve written about. There is one key difference, however, that distinguishes him from other IT aficionados — Alex is blind. Other than being able to distinguish some light levels, he has been completely sightless since birth.

Unlike someone who loses their sight later in life and who can remember what colors look like, as well as the shape and function of everyday objects, individuals born blind have no frame of reference from which to recall anything. They have so much more to learn.

The world’s most famous blind person, Helen Keller, once said, “Although the world is full of suffering, it is also full of the overcoming of it.” And overcoming the challenges of sightlessness is something Alex has done since day one.

Alex’s parents, Boyko Mitov and Mariana Mitova, emigrated to the United States from Bulgaria in 1999. In many ways, it’s because of his parents’ boundless patience, love, support, and encouragement that Alex is the accomplished and poised young man he is today.

A birth defect in a newborn is generally a shock to parents and, to help them handle that shock, medical professionals are trained to use tact and empathy. That is something Alex’s obstetrician had little of. “The doctor was so cold when he told me,” said Mariana. “He just said, ‘You have a blind baby.’ “

Bulgarian moms are apparently tough and, upon getting the news, Mariana vowed to herself that Alex wasn’t going to miss out on a normal life. “I made a commitment right there that Alex would live a full life, get married, have kids, and a fruitful career,” she said.

Since that day, his parents’ determination to help their son has impacted every decision they’ve made. They have coached him to do his best and never quit trying. Their guidance has also helped Alex develop a strong and positive self-image. He does not consider himself a victim.

“No. I’m not a victim, I’m the hero in my story. I don’t want to sit around like an entitled brat and blame everybody else for my challenges,” he said.

Receiving and following parental direction has placed Alex on the road to a rewarding life. In addition to holding 17 (seventeen!) IT certifications, he recently graduated from the Penta Career Center in Perrysburg, Ohio, and is currently attending Bowling Green State University.

So how does a blind guy repair computers? Obviously with great care and preparation. What Alex lacks in sight he makes up for with a prodigious memory. “I was always fascinated at how much he could remember as a child,” Mariana said. “He would hear something once and could recall it whenever he wanted.”

Alex also has an ability to completely immerse himself in learning subjects that interest him, like computers. “Alex lives, eats, sleeps, and breathes IT,” explained Penta Career Center IT Instructor Kenneth Nelson. “Instead of simply reading a certification book and trying to memorize things, he always dove head-first into the actual application of knowledge from each of his certifications.”