Cybersecurity Is His Jam 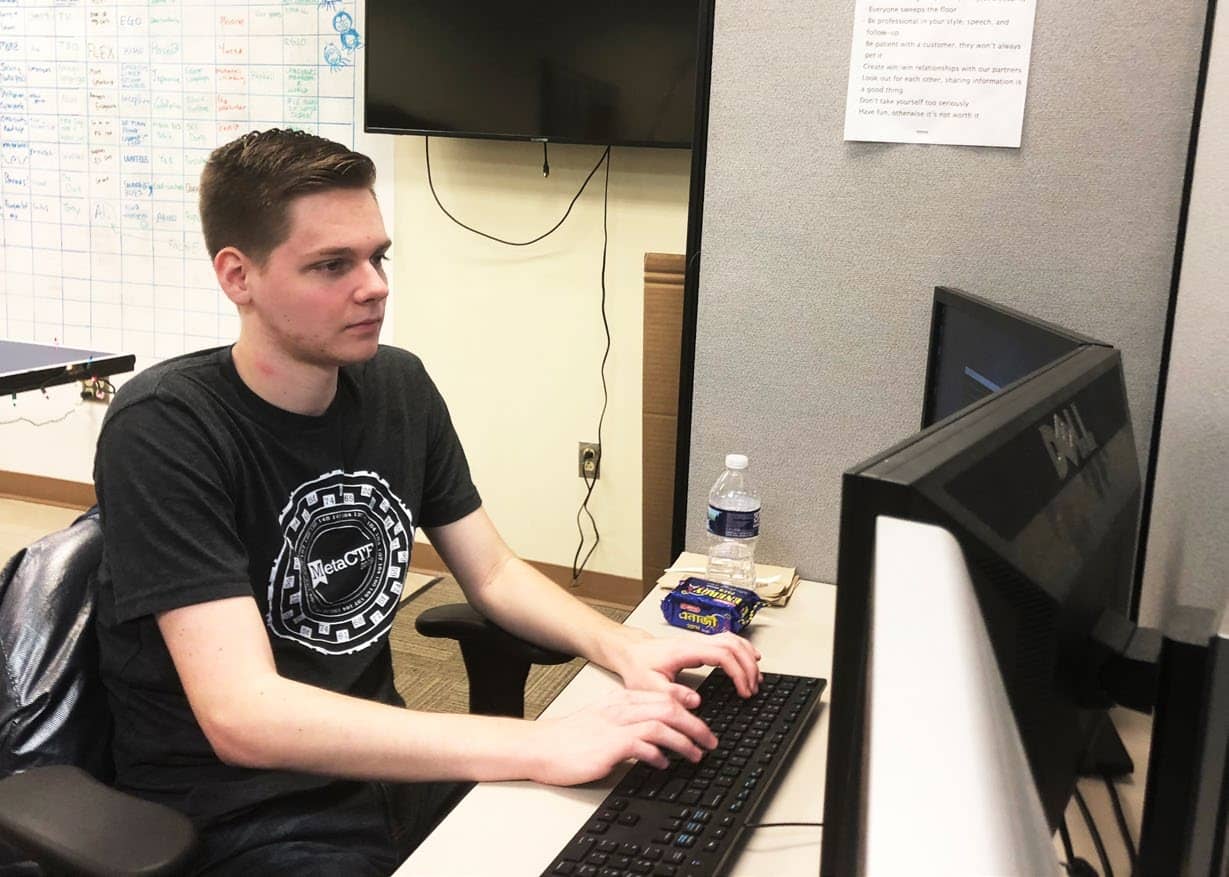 Irony is interesting because it’s unexpected. In my case, I still don’t have an IT certification (I promise I haven’t stopped working on my Desktop Pro), yet I am frequently asked to speak to students about careers in the tech industry.

When young people hear that I write for Certification Magazine, the first question they invariably ask is about the pros and cons of certification. I typically respond by listing the four big advantages of earning a cert:

• They are quicker to complete than a college degree.

• They are less expensive to complete than a college degree.

• They measure and verify directly applicable, job-ready knowledge and skills.

That gets kids are excited for me to answer their next question: Which cert will best help them land a high-paying job? Without fail, my answer is, “Cybersecurity, all the way.” To buttress my humble opinion, I pop out a few verifiable statistics.

For example, within the next two years, worldwide spending on cybersecurity will exceed $140 billion annually. Or there’s this: Only five percent of companies feel confident that they are sufficiently protected from a cyber-attack. That sort of thing.

The truth is that when it comes to in-demand IT jobs, nothing compares to cybersecurity. You just can’t go wrong with a security certification. According to the U.S. Bureau of Labor Statistics, over the past seven years the demand for skilled cybersecurity professionals has grown at an average of 37 percent annually.

Anyone who needs further convincing should look no further than how rapidly colleges and universities are adding cybersecurity certifications to their IT curricula. To my knowledge, there is not one four-year institution or junior college that doesn’t offer students some level of cybersecurity training. Many institutions are offering full-blown cybersecurity degrees.

The world needs the next generation of cybersecurity professionals, and it needs then now. One young man who has eagerly answered that call is 20-year-old Greg Mitchell of Tampa, Fla. Greg is a sophomore at George Mason University in Fairfax, Va., where he is pursuing a degree in cybersecurity engineering.

The program is both thorough and rigorous, requiring both intelligence and hard work. The big benefit to Greg and others like him is that graduates will have no shortage of interesting and high-paying career opportunities.

Greg’s decision to attend George Mason looks smart for a number of reasons. The school offers a strong IT program and the Washington D.C. area is one of the country’s hottest job locations for up-and-coming tech talent. With a veritable alphabet soup of federal agencies on the front lines of the cyberwar, the area is teeming with cybersecurity jobs.

As such, Greg’s future is almost literally at his fingertips. “Being close to D.C., I have a lot of agencies I can apply to for internships while in school and full-time jobs after graduation,” said Greg.

In addition to managing a full load of classes, Greg helps meet his expenses by working part-time in the university’s security office, where each next shift brings opportunities to hone his skills. “It’s something different every day,” he said. “I write scripts, do some networking, it’s a bit of everything. I enjoy it and I’m making money at the same time.”

Greg has always had a natural bent for tinkering with tech. He began figuring out what makes hardware and software tick all the way back in the 6th grade. “I was always the guy called on to fix the teacher’s computer,” he said.

His first formal foray into IT and the world of certifications occurred in middle school as the result of a scheduling conflict. Taking the bus home each day meant travelling a circuitous and time-consuming route. Rather than make their son spend his time on the bus, Greg’s parents arranged for him to remain at school until they could pick him up after work.