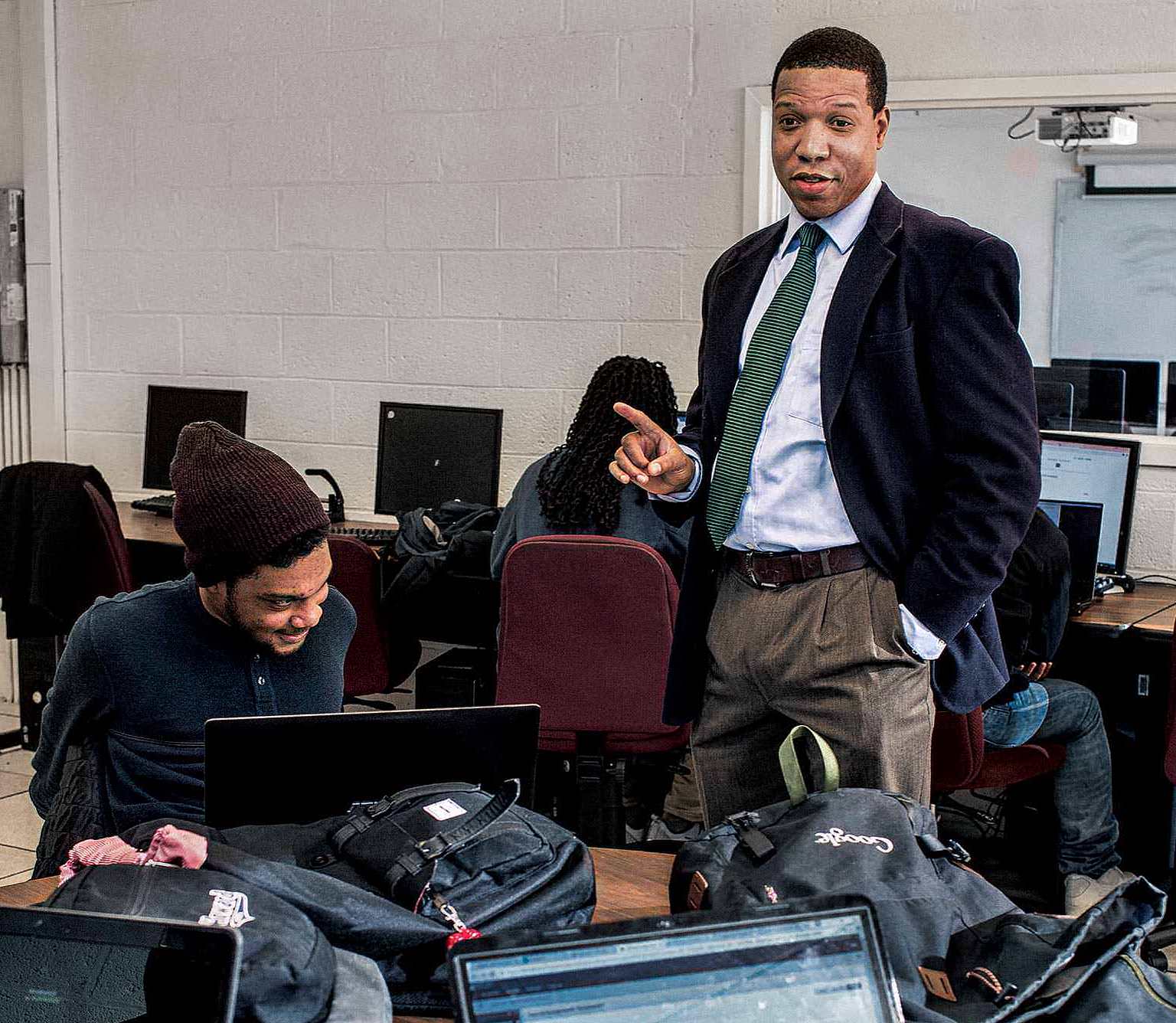 In the fall of 2013 a young software engineer named Charles Pratt arrived on Howard University’s campus in Washington. His employer, Google, had sent him there to cultivate future Silicon Valley programmers. It represented a warming of the Valley’s attitude toward Howard, where more than 8 out of 10 students are black. The chair of the computer science department, Legand Burge, had spent almost a decade inviting tech companies to hire his graduates, but they’d mostly ignored him. Pratt began teaching computer science classes, helping to revamp the department’s curriculum, and preparing students for Google’s idiosyncratic application process. It was one of several initiatives meant to get the school to churn out large numbers of engineers. Two and a half years later, that hasn’t happened. The slow progress reflects the knottiness of one of Silicon Valley’s most persistent problems: It’s too white.

Howard, founded in 1867, has long been one of the country’s most eminent historically black colleges and universities. Thurgood Marshall went there, as did Toni Morrison; the writer Ta-Nehisi Coates, who attended Howard, called it the Mecca—the place where he realized the black world “was more than a photo negative of that of the people who believe they’re white.” Still, it’s not among the elite science-oriented universities where tech companies have focused recruitment—places like Stanford, MIT, and Carnegie Mellon. Pratt arrived in Washington as traditional hiring practices were being scrutinized.

Pressured by employees and the press, companies began disclosing the demographics of their workforces. One figure stood out: African Americans, about 13 percent of the U.S. population, made up no more than 1 percent of technical employees at Google, Facebook, and other prominent Silicon Valley companies. This was at least partly because of the way companies recruited: From 2001 to 2009, more than 20 percent of all black computer science graduates attended an historically black school, according to federal statistics—yet the Valley wasn’t looking for candidates at these institutions.

As the companies revealed their data, Burge says, recruiters began to get in touch. Early in 2014, Google’s senior vice president for “people operations” blogged about Pratt’s stint at Howard. That fall, Facebook’s director of diversity, Maxine Williams, traveled to the school for a public chat with the university’s president and a meeting with students. Dropbox made its first recruiting trip that fall; a year later, Pinterest joined the list.

Despite the apparent progress, Burge was circumspect when I called in September 2015 to ask about the companies that had started approaching Howard: “ ‘Started’ could mean many things,” he said. Howard was showing up in tech companies’ news releases, but it wasn’t yet clear how Burge’s students would benefit. Facebook, Dropbox, and Pinterest hadn’t yet hired any graduating seniors for a full-time position. In 2015, Google hired just one. This year, out of the 28 seniors in his department, Burge knows of only two who’ve lined up a Silicon Valley job: one at Google— its second Howard hire—and another at Pandora. “There’s a big disconnect,” Burge said.

Burge teaches martial arts in his spare time, which is fitting. He has the dry, reserved demeanor of a techie but runs the computer science department like a devoted coach. “When there are companies coming to recruit, he’ll be like, ‘Go get in there! Go meet so-and-so!’ ” says Lena Alston, who graduated in December. Some of his students have nicknamed him Uncle Burge. In 2005, a year before he became department chair, Google invited him to interview for an engineering position. He wasn’t particularly interested in working there, but he saw a different opening: Maybe he’d meet some people who’d help his students. It paid off, eventually. Eight years later, the company created the Google in Residence program. Pratt had some teaching experience, from his college years at Carnegie Mellon, and he was disenchanted with his programming position at the time; plus, as a black engineer, he’d long been troubled by Silicon Valley’s lack of diversity. He packed his bags.

Silicon Valley is rife with Stanford and MIT graduates who started coding during childhood, won programming competitions in their spare time, and spent their summers interning at startups. At Howard, few of Pratt’s students fit that profile. They’d begun studying computer science in college, and many had never visited the Bay Area. One senior, Sarah Jones, says she’d assumed for years that Silicon Valley was the name of a city. When she finally visited during college, it struck her as a startlingly homogeneous culture, made up of white and Asian people who “like Star Wars and stuff like Pokémon.” When companies began to visit Howard, they’d boast about having on-site playground equipment and volleyball courts—not the kind of thing Jones or her friends got excited about. “Slides are not really appealing,” she says. “There are not a lot of people of color in the Valley—and that, by itself, makes it kind of unwelcoming.”

In 2013, when Pratt arrived, he got to know the students by staying on campus late into the evening, talking with them. When it came to Silicon Valley, “everyone had a war story,” he says. “They either had a personal story or a story someone had told them that had completely turned them off.” He was particularly taken with a sophomore named Victor Foreman, a smart, scrappy Texan who was compelled by big challenges but didn’t like following rules. Foreman had majored in computer science because its practitioners were constantly pushing the boundaries of human knowledge. “I wanted to be at the edge of some field,” he says. 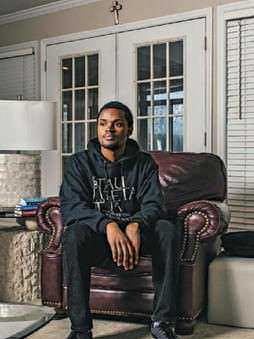 Pratt had come to realize that his students’ previous courses had exposed them to computer science theory, but not to enough of the practical skills that matter to Silicon Valley. None had programmed before college. Foreman had started college in Texas, then dropped out and worked manual jobs. The labor had been painful, and there’d always been more workers than jobs, so after deciding to return to school, this time at Howard, he’d chosen computer science. Some other students impressed Pratt, too. Remington Holt had picked computer science after tagging along with a friend to an information session and liking Burge. Alston and Hallie Lomax had taken computer science classes on a whim and fallen in love with the subject.

“Those four were some of my favorite students—and, in my opinion, all of them superbrilliant,” Pratt says. He began assigning projects to them, and other freshmen and sophomores, that required writing code instead of just talking about it. “I was pretty lucky we got to have a Google professor, but he really let us know how behind we were,” Foreman says. Pratt also noticed that many advanced classes at Howard and other black colleges weren’t as rigorous or up-to-date as they were at Carnegie Mellon or Stanford. By senior year, students risked falling behind their peers from other institutions. “I’d ask faculty members, ‘Why are you teaching this course that way?’ ” he recalls. “And they’d say, ‘Well, I’ve been teaching the course for 25 years.’  ”