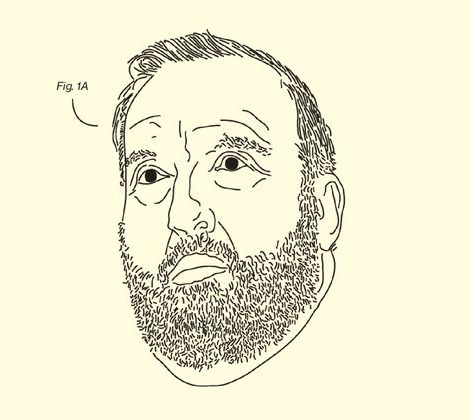 The work and ideas of Lowell Wood, America's most prolific inventor.

“It’s really a one-person sort of vehicle,” says Lowell Wood, right after he offers me a lift back to my hotel. The brown 1996 Toyota 4Runner, parked outside his office building in Bellevue, Wash., has 300,000-plus miles on the odometer and looks it. Garbage bags full of Lord-knows-what take up most of the back. He squeezes his paunchy, 6-foot-2-inch frame behind the wheel and, using his cane, whacks away papers, more bags, and an ’80s-vintage car phone to clear some room on the passenger side. The interior smells like pet kibble. Wood puts the keys in the ignition and then spends half a minute jiggling them vigorously until the SUV finally starts. As we pull away, I wonder aloud if all the detritus crammed in his car could be from a hobby. “No, I don’t have time for any of that,” Wood says. He adds that he’s not terribly good with the ordinary aspects of life—paying bills, say, or car washing. He’s too preoccupied with inventing solutions to the world’s problems. Ideas—really big ideas—keep bombarding his mind. “It’s like the rain forest,” he says. “Every afternoon, the rains come.”

From most people, a comment like that would be preposterously self important, if not delusional. But Wood is just telling the truth. At 74, he’s been an inventor-in-residence at Intellectual Ventures, a technology research and patent firm, for about a decade. He’s paid to think and put together international teams to develop products such as anti-concussion helmets, drug-delivery systems, super efficient nuclear reactors— anything, really, that might address some pressing need. In the 1980s he led the development of the space lasers meant to shield the U.S. from Soviet missiles as part of the “Star Wars” program. He’s an astrophysicist, a self-trained paleontologist and computer scientist, and, as of a few months ago, the most prolific inventor in U.S. history.

Thomas Alva Edison earned his last patent on May 16, 1933. US Patent No. 1,908,830 (“Holder for article to be electroplated”) was for a device that bonds two metals via electrolysis. It was hardly his most exciting invention. Going back to 1869, Edison had patented breakthroughs in communications, movies, lighting, and power distribution. By the end of his career, he was an international celebrity with 1,084 utility patents (as opposed to design patents), more than any other American.

That record stood until July 7, 2015, when Wood received US Patent No. 9,075,906 for “Medical support system including medical equipment case,” a device that can imbue medical gear with video conferencing and data transmission abilities so a patient can leave a hospital and use the machines at home. It’s his 1,085th patent. Just as remarkable, Wood has more than 3,000 inventions awaiting perusal by the U.S. Patent and Trademark Office. He’ll likely remain America’s top idea man for many years. 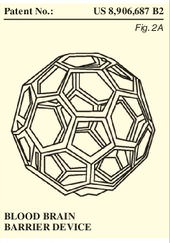 Wood’s work at IV has included whimsical projects such as a laser-based shaver and a microwave that can adjust its power for individual items on a plate, so meat, vegetables, and starches all come out at the same temperature. He’s also worked on a low-power clothes dryer, automated anticollision systems for cars, and a large thermos for preserving vaccines. “At least half of his activities—maybe more—are trying to help the least fortunate people on earth,” says Nathan Myhrvold, IV’s co-founder and chief executive officer, and former chief technology officer at Microsoft. “He’s really good at it. His ideas have already saved tons of lives and have the potential of saving enormously more.”

As Wood drops me off at my hotel, he mentions how relieved he is to know a good mechanic. He intends to keep the 4Runner on the road long enough to bequeath it to his daughter, who’s getting her Ph.D. at UC Berkeley. Plus, not worrying about his car frees up time to invent. Of late, he’s been consumed with a project to develop a one-time, universal vaccine. “All we need is a couple of tricks,” he says, “and then you’d be able to grab this newborn—literally right out of the uterus—pinch its thigh and push the stuff in, and all their pediatric vaccinations are done.”

Wood insists that if he’s smart, he didn’t start out that way. “I didn’t do well in any classes,” he says. Wood, who grew up in Southern California, often failed or received the lowest score on the first exam given in a particular course and improved his marks through repetition and intense effort. The strategy worked. He skipped a couple of grades and enrolled at UCLA at 16, where he tested into an honors-level calculus class. The worst score on the first exam—once again—was his. “I’d gotten into the class on the basis of aptitude, not knowledge, which is a ruinous sort of thing,” he says. “It’s like being told I understand the theory of swimming, and so here I am tossed into a high-speed river.”

The score horrified Wood, and he tried to make up for it with a very hard extra-credit problem. “You had to figure out how to cover an area with tiles in a specified fashion,” he says. “This is back in 1958, and it was a famous math problem. It was hopeless, and everyone worked on it for a while and then threw it away.”

As it happened, UCLA had just taken delivery of the first digital computer west of the Mississippi. Wood taught himself how to use the machine over the Christmas break and then wrote a program to solve the tiling problem. “It was a shameless sort of thing,” he says. “I used brute force to solve a problem that was meant to be solved through cleverness.” After he turned in his work, his professor accused him of cheating. “And so I reached down in a briefcase and pulled out the program,” he says. “The professor’s jaw literally dropped, and he said, ‘What is a computer? You can have the points if you teach me how to use this thing.’ ”

Wood went on to get undergraduate degrees in chemistry and math from UCLA, as well as a doctorate in astrophysics. Then, in 1972, he got a job at Lawrence Livermore National Laboratory, where he served as a protégé of Edward Teller, the theoretical physicist and father of the hydrogen bomb. Wood worked on projects ranging from spacecraft to the use of gamma rays to place hidden watermarks on objects. Then came the Star Wars project, officially known as the Strategic Defense Initiative, for which Wood pushed a team of scientists to build a weapons system capable of detecting and destroying Russian intercontinental ballistic missiles mid-flight.

That Wood opens up about this is unexpected. Historians and journalists haven’t been kind to Teller, one of the most polarizing figures of the Cold War, and Wood often gets lumped in with him as a fringe science lunatic, especially when it comes to Star Wars. After billions of dollars and years of controversy, the initiative never made it out of the lab.