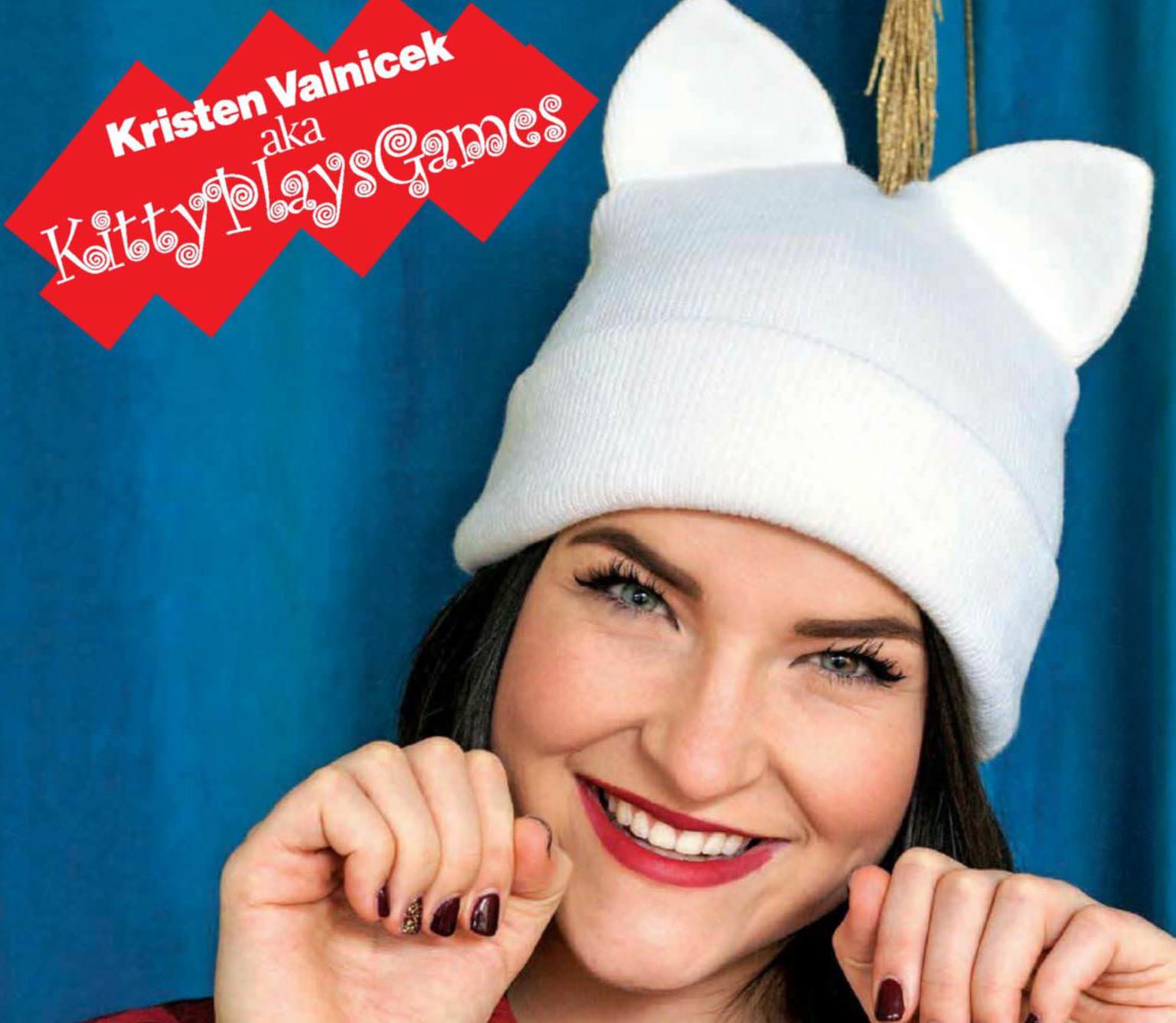 Entertainment you dont understand is now a business too big to ignore.

Kristen Valnicek stared at her computer in disbelief. She cupped her hands over her mouth and fell to her bedroom floor. “I can’t feel my body,” she wailed. Then she hopped up and started dancing. She looked back at the screen. “Oh my God, it’s real.” Someone with the username Andy, a fan she’d never met, had just given her a D—her shorthand for donation —of almost $7,000. “Mom!” she yelled. “I got the biggest D ever!”

Several months earlier, in early 2014, Valnicek had dropped out of the University of Saskatchewan, where she’d been an undergraduate studying accounting and law, to pursue a new kind of Internet career: playing video games for a live, online audience. Her father, a doctor, was ambivalent. Valnicek, whose bright green eyes and dyed black hair make her look like Shannen Doherty during her Beverly Hills 90210 years, pressed on. Soon, for three hours a day, five days a week, using the screen name KittyPlaysGames, Valnicek was streaming herself playing death matches in various games, most frequently Counter-Strike, a popular first-person shooter.

Fans follow her footage on a website called Twitch, which bills itself as a social network for video game fans. Typically, they watch Valnicek in a split-screen format, with her gameplay in one window and a smaller projection of her head and torso, captured via webcam, in another. While Valnicek wanders through battle fields slaying terrorists, she banters with her audience, welcoming familiar viewers to the stream, thanking everyone for watching, encouraging fans to check out her other social media pages, and playfully turning down marriage proposals. Occasionally, she’ll back away from the computer to show off one of her signature moves, nimbly moon walking for the camera. Growing up, Valnicek dreamed of being a doctor or a corporate rainmaker, not an entertainer. Her skills as a performer are self-taught. “My success is really dependent on how happy, bubbly, and excited I am,” she says. She’s now 23 and one of the top performers on Twitch. It’s her full-time job and occasionally results in a spontaneous four-figure D.

To anyone born before 1990, all of this may sound nonsensical. As Jimmy Kimmel, ABC’s late-night host, put it in a recent monologue: “To me, watching another person play video games is like going to a restaurant and having someone eat your food for you.” The segment ended with a skit in which God, looking down from on high, concludes: “I’ve created a race of idiots.”

Twitch, which was launched in 2011 as the side project of a floundering San Francisco startup, has grown into a global vortex of adolescent veneration. Last year the analytics firm Deepfield found that Twitch regularly broke into the top four users of Internet bandwidth, trailing only Netflix, Google, and Apple. In August the site attracted 10.2 million unique visitors in the U.S., according to ComScore, up 15 percent from last year. The company says its viewers, 95 percent of whom are male, watch for 106 minutes a day on average.

Stars such as Valnicek gather admirers as they narrate action, explain strategy, mock opponents, and celebrate victories. Along the side of the screen, in an emoji-strewn chat stream, everyone mixes it up. With little more than a fast Internet connection and a webcam, anybody can become a Twitch broadcaster.

Attracting an audience is the hard part. First-time visitors to Twitch contend with a dizzying, kaleidoscopic galaxy of viewing options. The range of channels to choose from feels endless. There are swarms of people playing League of Legends, World of Warcraft, FIFA soccer, Mario Kart, Minecraft, Guitar Hero, Grand Theft Auto, Farming Simulator (which is exactly what it sounds like), Poker, Destiny, Halo—and on and on. The biggest clusters of fans tend to form around live professional tournaments, also known as eSports, or on the streams of particularly charismatic Twitch personalities.

Thanks in part to the surging popularity of eSports— particularly in Asia but also increasingly in North America and Europe—video-game-inspired programming is emerging as a lucrative sector of the entertainment industry. This year, 486 million people around the world will watch “gaming video content,” according to the market analysis firm SuperData Research, up 28 percent from last year. The genre now generates $3.8 billion in estimated revenue, primarily from advertising and corporate sponsorships. Meanwhile, according to Nielsen, in the second quarter of this year TV viewership in the U.S. among 18- to 24-year-old men fell 16 percent from the same period last year.

Twitch, which Amazon.com acquired in September 2014 for about $970 million, is the front-runner in this growing market, but it faces a serious challenge from a powerful adversary: Google’s YouTube. While Twitch dominates live-streaming, YouTube is the premier destination for recorded-and-edited gaming clips. The most popular artist on all of YouTube is Felix Arvid Ulf Kjellberg, aka PewDiePie, a 26-year-old Swede who’s grown rich laughing, screaming, and cursing maniacally while playing video games. His YouTube videos, of which there are a couple thousand, have generated more than 10 billion views.

Many video game personalities maintain a presence on both platforms, which, until recently, coexisted peacefully. In August, however, Google started YouTube Gaming, a site catering exclusively to players, their fans, and advertisers hoping to reach them. It features a new slate of live -streaming tools that directly target Twitch. Paul Verna, an analyst with EMarketer, says YouTube’s frontal assault is the latest salvo in a broader war between Amazon and Google. For years, the two companies have been battling in e-commerce, mobile hardware, and cloud computing. With Amazon’s acquisition of Twitch and Google’s launch of YouTube Gaming, they’re now squaring off over a critical component in the future of home entertainment. This year, according to EMarketer, YouTube will generate $4.28 billion in advertising revenue for Google. Amazon doesn’t disclose ad numbers, but, Verna says, “Twitch has the potential to play a similar role within the Amazon ecosystem.”