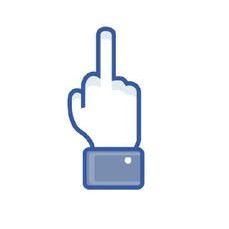 For the ad industry, the lead-up to this year’s Advertising Week conference in New York has been a little more exciting than usual, and not in a good way. Apps designed to block mobile browser ads have been topping the charts on Apple’s App Store, and the industry continues to struggle to guarantee that the remaining views come from real people instead of software bots. Fake traffic will cost advertisers $6.3 billion this year, according to a study by antifraud firm White Ops. It’s becoming less clear whether online ad networks really deliver on their promises to give advertisers unprecedented control over who sees a campaign and detailed pictures of how well an ad works. Facebook doesn’t have that problem.

In part because of new features that track and measure more of its 1.5 billion users’ behavior in more places, the social network’s second-quarter ad revenue jumped 43 percent this year, to $3.8 billion. About three-quarters of the revenue now comes from mobile devices, and if you’re using the Facebook app instead of a Web browser, those ad-blocking browser tools don’t stop anything. Count the viewers, Chief Operating Officer Sheryl Sandberg said on Sept. 29 during an onstage interview at Ad Week: “We have a Super Bowl on mobile every day.”

The world’s largest social network is taking advantage of a change it began making a year ago, shifting its tracking focus from browser cookies to Facebook logins. The idea is to improve ad targeting by associating views with a person’s account instead of a particular device or IP address. This has helped Facebook ensure that advertisers who buy views from specific age groups or genders actually reach the people they want to 89 percent of the time, according to Facebook. Across Internet ad networks, the average is about 55 percent.