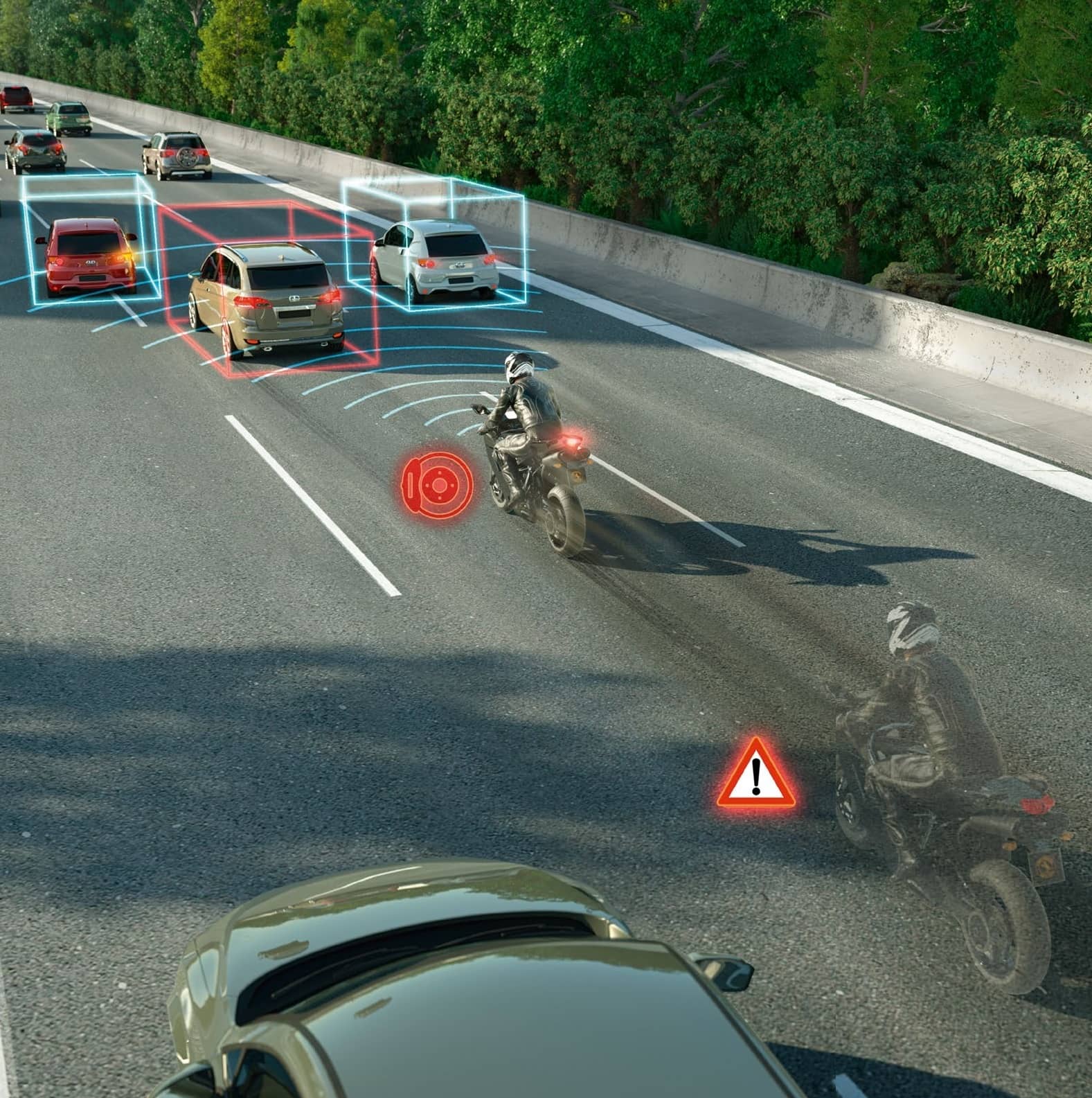 Rear-end collisions with a slower vehicle suddenly cutting into the lane and intersection accidents with cross-traffic are among the most frequent motorcycle accident types. Continental is now developing an emergency brake assist, which detects an imminent collision with a vehicle ahead or with an obstacle, warns the rider and supports him during braking

Looking at all traffic fatalities in Germany, the proportion of motorcyclists killed in accidents has almost doubled from 11 % in the year 1991 to 21 % in the year 2017, 1. Current data [1] shows that the total number of accident victims is continuing to decline, however, the number of fatal motorcycle accidents is not falling at anywhere near the same rate as that of passenger cars. How can this discrepancy be despite overall increasing traffic safety?

Developments in passive and active crash safety, such as the use of high tensile steel in passenger compartments and the extensive prevalence of airbag systems and electronic stability programmes (like ABS or ESC), are primarily responsible for improving car and truck safety. So far, it has not been possible to adapt these features to the same extent in motorised two-wheelers, on the one hand because they lack a crash structure and on the other because of their kinematic properties as leaning two-wheelers. Taking into account the registration figures and the annual mileage, the risk of being involved in a fatal accident is 28 times higher for motorcyclists than it is for motorists, with the probability of sustaining serious injuries 18 times higher [1].

The introduction of the Euro-4 standard in 2017 obligated motorcycle manufacturers to equip available models with the ABS anti-lock brake system. In addition, electronic driving aids such as traction control and “cornering ABS” have become a major selling point, particularly in the premium segment. Investment in these complex technologies, as well as the updated guidelines show that both manufacturers and legislators are determined to set new standards in driving safety for motorised two-wheelers. 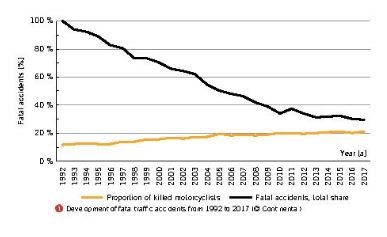 Continental is taking these developments one step further by applying radar- and camera-based advanced driver assistance systems, the use of which is already established in cars, to motorcycles, and adapting these to meet the specific requirements of two-wheelers.

The development of advanced driver assistance systems typically starts with an analysis of accident scenarios. While 28 % of motorcycle accidents occur without any outside involvement, for example, due to loss of stability, most cases (56 %) involve cars [1]. The accident data analysis performed as part of Continental’s accident research, 2, shows that crossing traffic is the most common cause of car-motorcycle collisions (crossing, 34 %). The classic rear-end collision involving a car in front or cutting in is a close second (run-up, 31 %), followed by the special case of the oncoming vehicle (oncoming same, 21 %).