Trump As Thug Or Hero? Depends On What Network You Watch 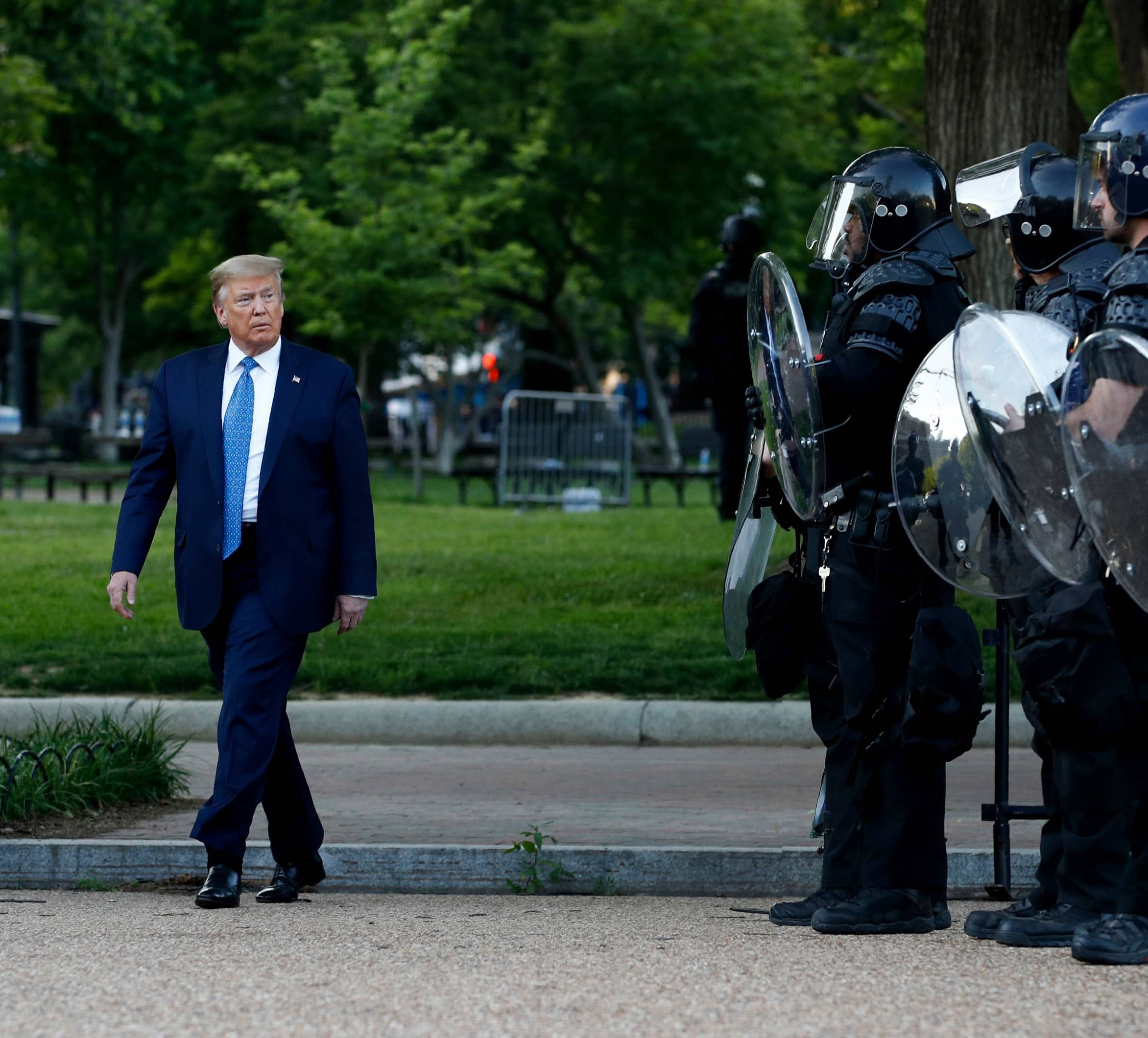 It was a split-screen for the ages on MSNBC Monday: on the left side, President Donald Trump talking about restoring law and order. On the right, a tear-gassed young woman vomiting in a Washington street.

For a nation rubbed raw following a traumatic weekend, cable television news did little to promote peace, love, and understanding in its most-watched hours

Fox News Channel, CNN, and MSNBC poke and prod the nation’s divide on most nights, and each has been amply rewarded in the ratings. Trump’s stern speech and walk to a nearby church after protesters were forcibly cleared out of the way Monday raised the temperature on those networks even higher.

“The president seems to think that dominating black people, dominating peaceful protesters, is law and order,” CNN’s Anderson Cooper said. “It’s not. He calls them thugs. Who’s the thug here?”