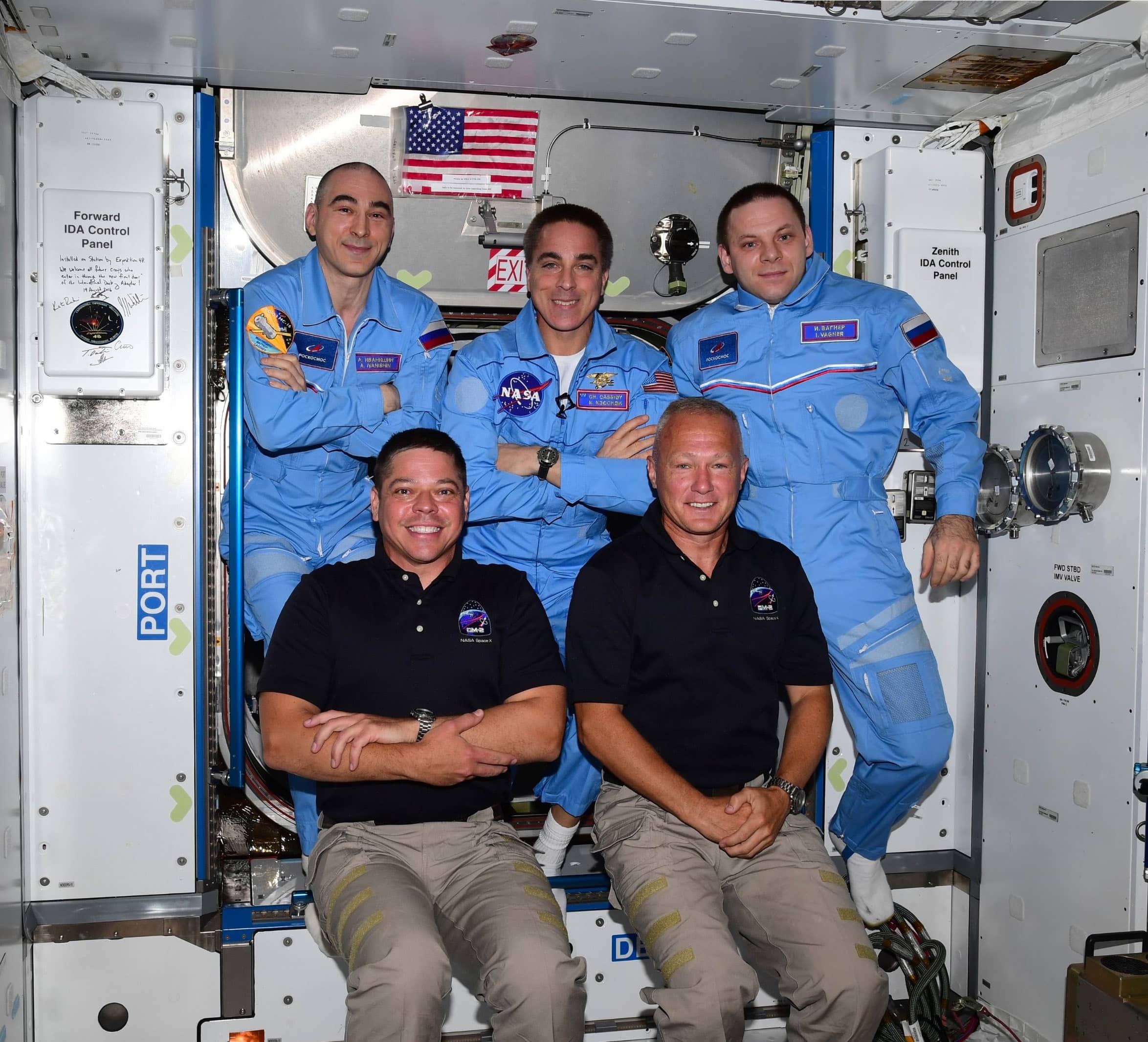 They quickly claimed the prize left behind at the International Space Station nearly a decade ago by the last crew to launch from the U.S.

“Congratulations, SpaceX, you got the flag,” NASA astronaut Doug Hurley said a day after arriving at the space station.

Hurley showed off the small U.S. flag during a news conference and again in a linkup with SpaceX headquarters in Hawthorne, California.

“You can bet we will take it with us when we depart back to Earth,” said Hurley, floating alongside Dragon crewmate Bob Behnken.

The flag flew on the first space shuttle flight in 1981 and the final one in 2011. Hurley was on that last shuttle crew.