SEGWAY, POPULAR WITH POLICE BUT NOT THE PUBLIC, HITS BRAKES 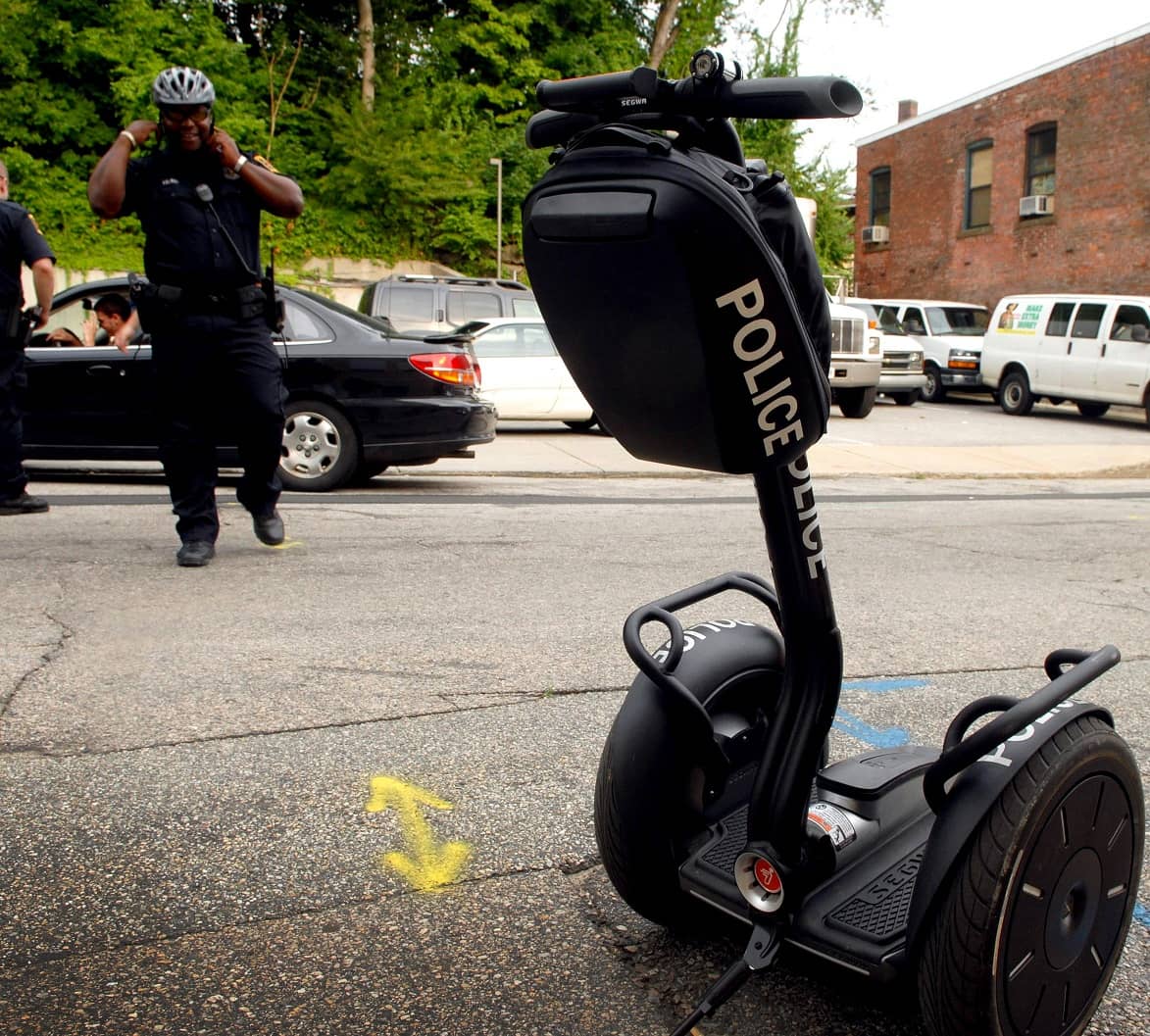 Segway, which boldly claimed its two-wheeled personal transporter would revolutionize the way people get around, is ending production of its namesake vehicle.

The Segway PT, popular with tourists and police officers but perhaps better known for its high-profile crashes, will be retired on July 15, the company said in a statement.

“Within its first decade, the Segway PT became a staple in security and law enforcement, viewed as an effective and efficient personal vehicle,” said Judy Cai, Segway president, in a statement, noting that in the past decade it gained popularity with vacationers in major cities in North America, Europe, Asia, South America, and the Middle East.

But the Segway, which carries a standing passenger on a wide platform, accounted for less than 1.5% of the company’s revenue last year. The company said 21 employees will be laid off, another 12 employees will stay on for two months to a year and five will remain at the Bedford, New Hampshire facility.