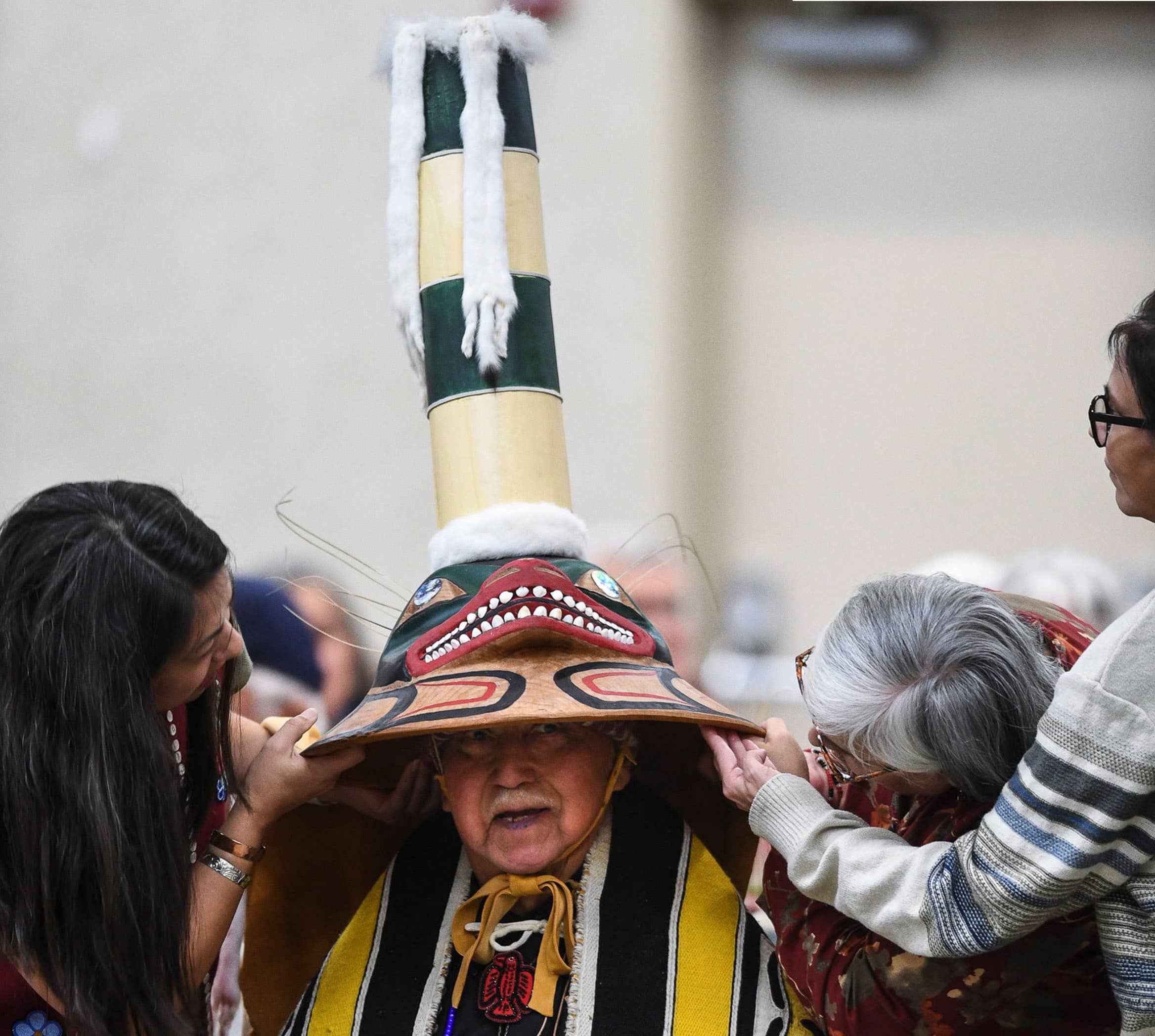 A Tlingit clan hat was welcomed back to southeast Alaska with ceremony and dance after spending more than a century away.

A ceremony Sept. 25 included both an original sculpin hat that was taken in 1884 from Sitka and became part of the Smithsonian Institution’s collection, and a newer replacement hat, which was given to the Kiks.adi clan.

“It’s like seeing an old friend come around the corner when you thought you’d never see them again,” said clan leader Ray Wilson in an interview with the Juneau Empire. During part of the ceremony at Elizabeth Peratrovich Hall, Wilson donned the new hat.

The team-up and technology that led to the new hat and ceremony are unprecedented as far as the Smithsonian is aware.

“As far as we know, it’s never been done before,” said Eric Hollinger, tribal liaison for the repatriation office of the Smithsonian National History Museum. “This is the first time that we’re aware of that an object has been digitally scanned and repaired and a new one made to replace it and be made it into a sacred object.” The replacement hat was made through careful study of the original hat, 3D imaging and consultation with the clan, Hollinger said. “It shows what can happen when people work together,” Wilson said.

The new hat came to be after Harold Jacobs, cultural resource specialist for Central Council of Tlingit and Haida Indian Tribes of Alaska, noticed the hat was in the Smithsonian’s collection, Hollinger and Wilson said.

Jacobs asked if it would be possible for the original hat to be digitized and repaired, Hollinger said. He said at the time something similar had been done to replicate Dakl’aweidi clan hats, and it could be possible. The Smithsonian got in touch with Wilson and the Kiks.adi clan, who expressed interest in proceeding with the project.