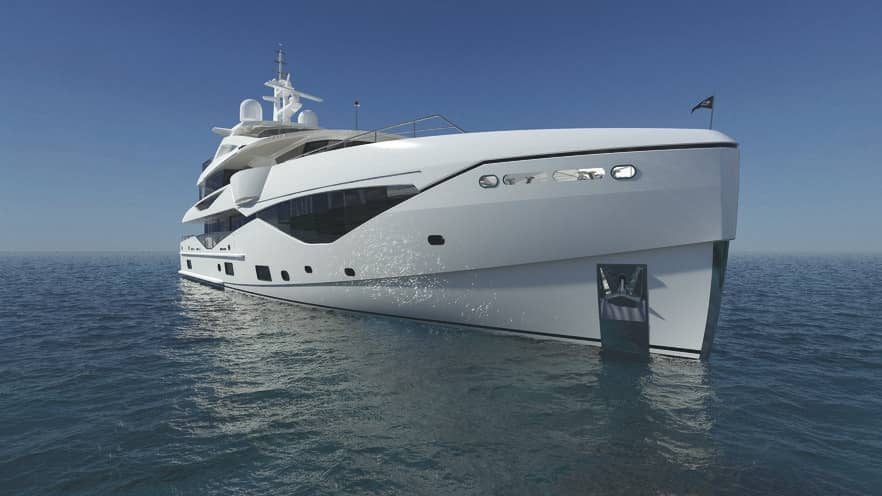 Sunseeker has completely redesigned the stern on its Ocean Club 42, creating two options including a ‘double-deck’ ocean club expected to be popular in Asia.

Sunseeker has shown Yacht Style images of the spectacularly redesigned stern on its new Ocean Club 42, in keeping with the name of a model that has been significantly extended in length since the design was known as the 133 Yacht.

Part of Sunseeker’s new Superyacht Division for models from 101ft upwards, the Ocean Club 42 is targeted at markets including Asia where, together with Sunseeker Asia, the British builder has delivered 15 superyachts above 30m over the last decade. Two more are under construction for clients in the region – a 131 for delivery this year and a 116 for 2021. 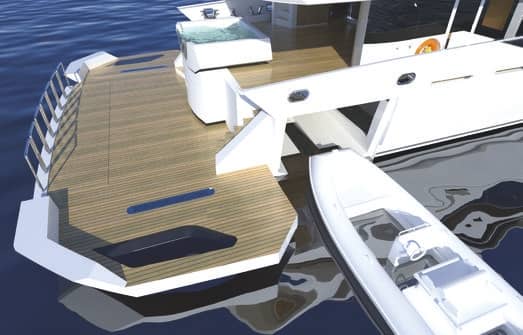 Francesco Frediani, appointed Sunseeker’s Director of Superyachts & Dealer Network in January, was a key figure in the redesign of the aft section of the Ocean Club 42, along with CEO Andrea Frabetti and Ewen Foster, Director of Design and Naval Architecture.

Frediani, a mechanical engineer by training, has spent three decades in the yachting industry including 12 years distributing Arneson surface drives for Twin Disc, seven with Riva at Ferretti Group, and the past 10 with Mangusta at the Overmarine Group. The Italian’s influence was pivotal in rearranging the Ocean Club 42,which originally featured a relatively conventional beach club based around a fold-out garage door.