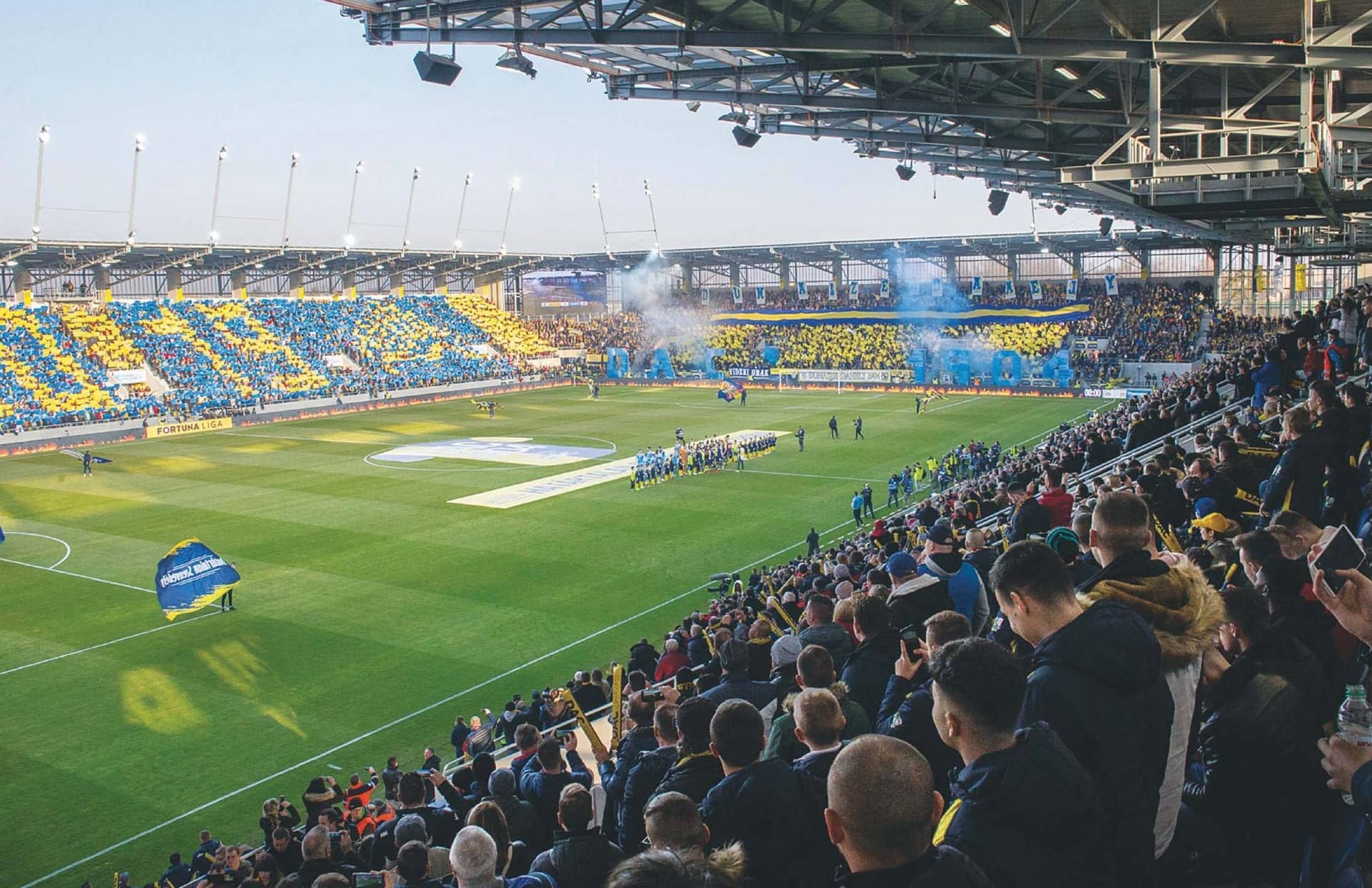 Oszkar Vilagi watches pensively from his VIP box. Five years after buying FC DAC, his club are playing the biggest game in their history.

Their €14 million academy is open and a €29m stadium renovation is complete. A pig was slaughtered that morning and made into sausages at a pre-game fanfest. Supporters have travelled from Budapest and Hungarian triple Olympic swimming gold-medallist Katinka Hosszu takes the ceremonial kick-off.

As the national anthem of Hungary rings out, Hungary’s third-most-popular team begin their first game since the winter break.

However, DAC are not Hungarian. They are from Dunajska Streda in southern Slovakia, which was part of Hungary until the end of World War Two. Around 10 per cent of Slovakians speak Hungarian, mostly in the Zitny Ostrov region, where Dunajska Streda is the biggest town and FC DAC 1904 Dunajska Streda are the locals’ pride and joy.

Only 22,000 people live in Dunajska Streda, but a crowd of 12,135 watch DAC take on Slovan Bratislava in February in a top-of-the-table clash.

Slovan are the establishment side and the only team from the former Czechoslovakia to win a European title, beating Barcelona in the 1969 Cup-winners Cup Final. Apart from the 1987 Czechoslovak Cup, DAC have not won any major silverware, yet with an average attendance of 7,500 they are Slovakia’s most popular club. Among Hungarians, only the national team and Ferencvaros attract more support. A regular spectator at DAC – though he is absent for the Slovan game – is Hungary’s prime minister, Viktor Orban, who more than any European leader knows how to use football to cement a popular power base.

According to investigative news website Atlatszo, by next year Orban’s government will have built or renovated at least 32 football stadiums at a cost of €709m to the Hungarian taxpayer. And that spending does not stop at national borders.

Atlatszo has discovered that his government is funding a swathe of football clubs in Hungarian-speaking regions in the neighbouring countries of Croatia, Romania, Serbia, Ukraine, Slovenia and Slovakia, with the money coming through the Hungarian Football Federation and the Bethlen Gabor Fund, a state body used to aid ethnic Hungarians living elsewhere.

DAC have received €7.4m, and while details of the funding shocked some in Hungary, few were surprised in Dunajska Streda, where Vilagi is a long-time friend of Orban.

Vilagi was born in Dunajska Streda, and after training as a lawyer he went into politics before investing in businesses: from shops and the town’s hotel – which was DAC’s headquarters until the new stadium opened – to the oil-refinery business Slovnaft.