The Boy With The World At His Feet 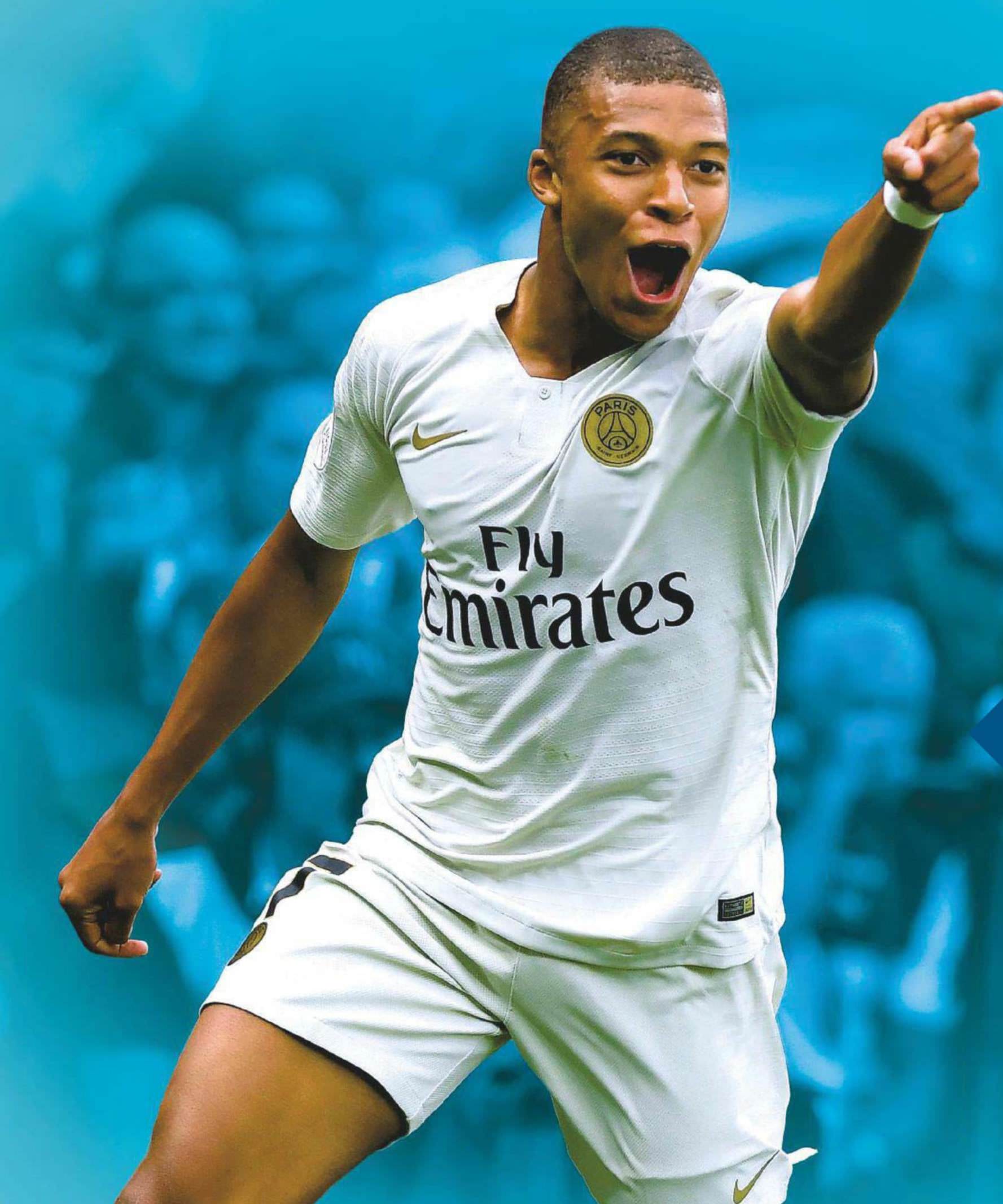 If you’re looking for the game’s current greatest overachiever, then look no further than Rafael Varane. Part of the France side that beat Croatia in Moscow in July, the 25-year-old added a World Cup-winner’s medal to an unbelievable haul of four Champions League gongs.

Yet despite Varane’s phenomenal success, he is nowhere near as feted or famous as his French team-mate Kylian Mbappe who, at the age of just 19, is undoubtedly the hottest property in world football today.

Mbappe may not have picked up as much silverware as Varane but no one can doubt that he has already won more hearts.

Having made his senior international debut barely 18 months ago, the Paris-born striker is already the player every youngster dreams of being and every coach would love to sign.

His goal in the World Cup Final – a smart, right-foot drive beyond Croatia keeper and former Monaco team-mate Danijel Subasic – showed the world everything about Mbappe’s qualities. Receiving a pass from Lucas Hernandez 25 yards from goal, he took the ball side on and then swivelled quickly, shifting the ball wider to create space away from defender Domagoj Vida before rifling a shot low into the left-hand corner of the net. Everything was done neatly, tidily and brilliantly, with minimum fuss and maximum efficiency.

Given the amount of talent at French boss Didier Deschamp’s disposal, the fact that Mbappe started all seven World Cup games, scoring four goals, shows the esteem in which the coach – who has now won the World Cup both as a player and as a boss – holds the Paris Saint- Germain forward.

Watching Mbappe annihilate an experienced Argentina defence in France’s first match of the knockout phase, a game in which he scored two goals, was one of the highlights of the tournament. His electric pace caused the South Americans all sorts of problems and earned France their opening goal when a scintillating break from within his own half – timed at an astonishing 37 kilometres per hour – saw Mbappe unceremoniously hauled down in the penalty area by Marcos Rojo for a spot kick that was duly converted by Antoine Griezmann. Former England defender Rio Ferdinand joked that Mbappe’s pace was “illegal” and claimed the only thing to do when facing him is to pray.

“Against Belgium the rest of us were still getting warmed up,” explained Griezmann. “But after just 20 seconds ‘Kiki’ [as Kylian is nicknamed] was already turning on the afterburners. He’s the only one who can do that.”

But Mbappe is not just a speedster. For one so young his all-round game has a maturity that even top-level pros find astonishing. “Kylian has much more talent than I have,” says French midfielder Paul Pogba. “Have you seen what he can do at his age? I never had that level of ability.”

This is praise indeed for a youngster with the world at his feet. But despite his tender age, Mbappe seems to handle the pressure of the world’s spotlight shining on him with an incredible maturity. Much of the credit for this must go to his parents, who’ve always kept a watchful eye on the progress of their prodigy. It surely helps that both his mother and father have some personal understanding of the world of high-level sport.