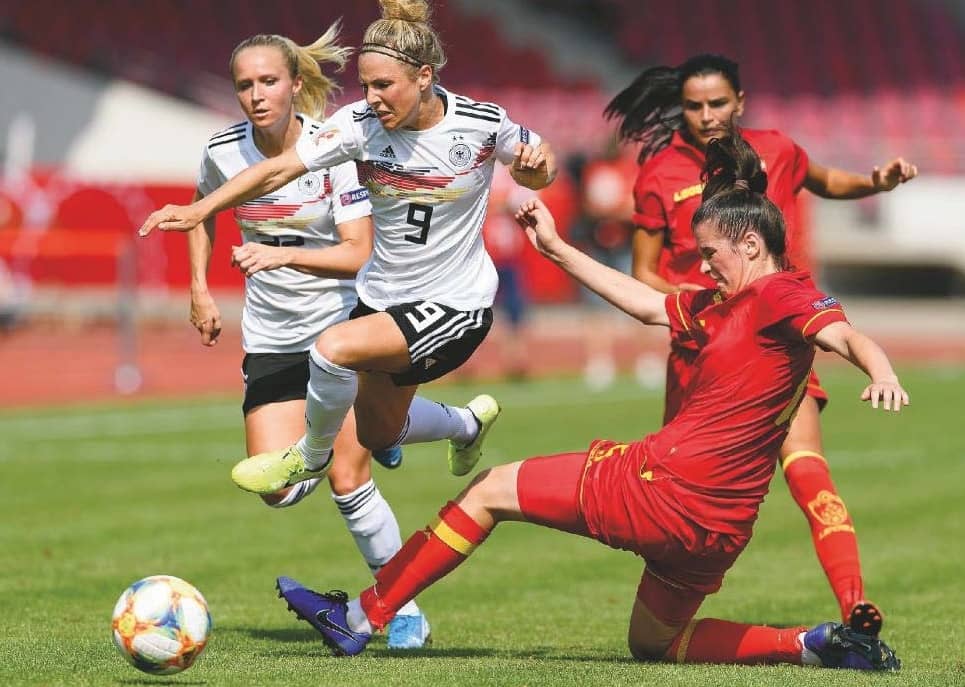 The first goal on the road to Wembley 2021 and the Final of the Women’s European Championship was scored in the Middle East by a 21-year-old Floridian who is at college in California.

Not very European you might think, but Keren Goor attended school and undertook army service in Israel – long regarded as being in Europe by football administrators – and it was in the Ramat Gan district of Tel Aviv that she scored Israel’s opening goal against Italy.

The Azzurre eventually went on to win 3-2 in the first of nine opening-round victories in the nine ties played by those European nations who reached this year’s Women’s World Cup. Those results suggest that qualifying shocks will be rare as the continent’s attention turns towards England and the Euro 2021 finals. Goals, however, will be frequent.

The biggest surprise was that Italy only beat Israel and then Georgia by a single goal. Also unexpected was Northern Ireland’s last-minute equaliser to earn a draw against Wales in Newport.