Following his summer move to Real Madrid, the pressure on Eden Hazard is greater than ever

Throughout Claude Puel’s coaching career, caution has normally been the star by which he navigates. But there’s an exception to every rule – and Puel was certainly bold when handing Eden Hazard his debut for northern French outfit Lille at the tender age of 16 years, 10 months and 17 days. Many other bosses might have waited for the young Belgian to develop further, to pick up a few more tricks of the trade with the Lille youth team and add a little more muscle. Not Puel.

He blooded Hazard at the first opportunity, sending him on as a late substitute in a Ligue 1 encounter at Nancy in November 2007.

“I’d picked him a few weeks earlier in a friendly versus Club Brugge,” recalls Puel. “I didn’t know how he would react. In the end he did some extraordinary things and performed very ably. He already had that rare ability to go past four or five players in quick succession – and, what’s more, in pressure situations.

“He would put his foot on the ball and time seemed to stop – as if he’d suspended it in order to make the best pass. When you thought he might be going up a dead end, he’d find a way out. He had this quickness of thought and lucidity.”

Lille’s youngest-ever debutant, Hazard was anything but a standard-issue rookie. Here was a kid loaded with great expectations. He knew it and so did an army of scribes, with stories abounding in the Belgian and French press of a baby genius. The hype factory was up and running in advance of his professional bow. One only has to listen to the commentary on Canal Plus TV as he waited to make his grand entrance against Nancy. “The lad who is coming on, everyone [at Lille] believes he is a future star,” declared the commentator. “Keep a close eye on him.” 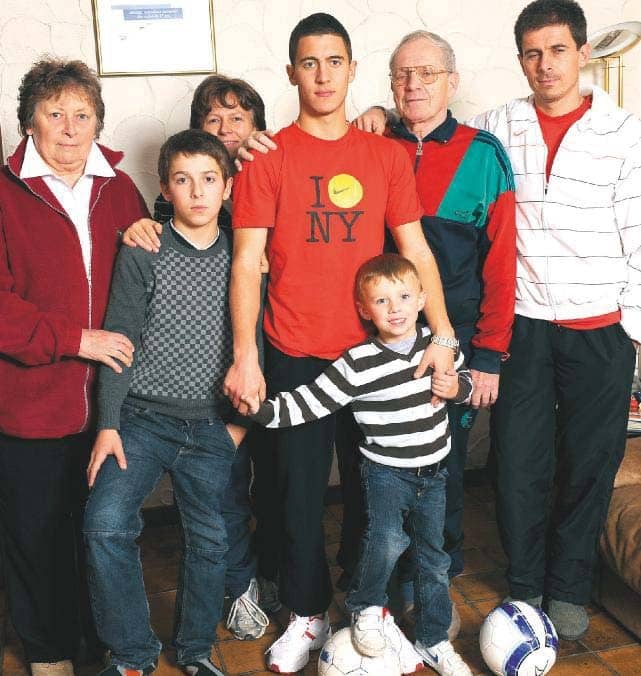 Yet even at the dawn of his career he was a focus for veneration.

For example, the day after his Lille first-team baptism, the Belgian newspaper La Derniere Heure was feverishly polishing its crystal ball.

“Eden is the sort of artist who doesn’t come along often in our country,” wrote Thomas Busiau. “If he succeeds in stripping down his game and learns how to let go of the ball at the right time – the weakness of all technically gifted players – he could perhaps become a world star in the medium term.

“He has a long way to go but he has the potential in his feet, the same mark of genius as a Cristiano Ronaldo.”

Busiau, whose own life was tragically cut short a few years ago by a brain tumour, was also keen to draw the parallels between Hazard and former Belgium international number 10 Enzo Scifo, writing: “The comparison is an easy one to make. They have lots in common: build, playmaking class, precociousness and both were born in La Louviere.”

Indeed, for a brief period the pair were together at AFC Tubize – Scifo the head coach and Hazard the schoolboy-side jewel. Scifo says: “Once a week, I used to do a session with each of the club’s youth categories and one day I was working with the under-14s. I’d never been in contact with Eden before. I’d heard some comments about him, but had never seen him play.

“The session began and after 10 minutes I had to ask the under-14 coach: ‘Who’s this phenomenon?’ He replied: ‘Well, it’s Eden.’

“I saw he was an exceptional player straightaway. He was brimming over with quality. He could do everything with a ball. He was just 14 and already looked like an adult. I knew he was destined for a super career.”

Thanks to his dribbling skills, explosive pace and extraordinary elusiveness, Hazard was born to rip defences apart. But paradoxically he has always had to go that extra mile to convince coaches. Scifo claimed in an interview with France- Football in 2012 that some of the staff at Tubize thought he did not have the physique or character to make the grade. To a certain degree, the analytical song remained the same after he joined the Lille academy at the age of 14 in 2005.

According to Badis Lebbihi, a Lille youth-team colleague, a number of officials at the club were not at all sure that he was made of the right stuff, declaring: “At the time, I knew he was very good. However, others were sceptical. Some wondered if he had the mentality for the top level. 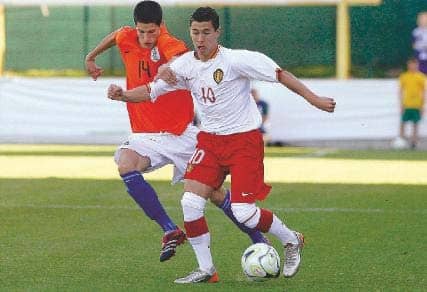 “Now that he has made it these same people have changed their tune. I’m not going to name names, but today they say that his talent was there for all to see and that they knew that he was going to succeed. That makes me laugh.

“Back then his biggest problem was that he was neither a great goalscorer or passer. His main strength was his incredible dribbling ability.”

In some ways the young Hazard was his own worst enemy. He was far from assiduous on the training ground, could blow hot and cold on the field of play, and could be cocky and irreverent – even to the point of sparking the rancour of team-mates. A couple of years ago, Lille defender Gregory Tafforeau revealed on French TV that early in Eden’s career two players at the club had struck him during altercations. 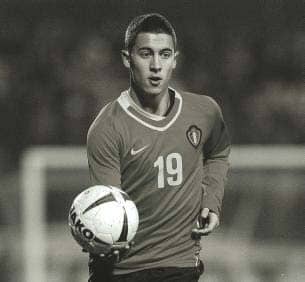 “We’d heard about a tremendous prospect with the youth team,” Tafforeau told a SFR sports-channel chat show. “He was promoted to the pro squad along with three others and they were a little too sure of themselves.