FIFA's Falling Apart - And You Think The Fans Give A Damn? 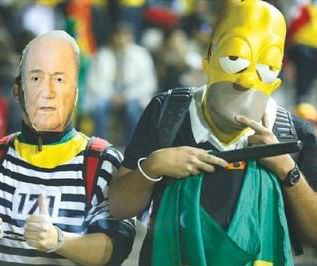 I think it’s about time that I weighed in with my opinion on the never-ending FIFA scandal. So here goes. Above all, this scandal is a colossal bore. Because it has nothing to do with football. Nothing.

A dozen or so guys have been caught, or may have been caught, with their hands in the till. A nefarious activity that seems, these days, to be even more widespread than football itself. How much money? A few million dollars – actually peanuts when set alongside the billions that the big banks have been gambling with. Not a football scandal then, a financial one – and not even a major one at that.

It’s mostly money either extracted from commercial companies, or offered by them, as sweeteners to secure marketing and television rights. There might even be a direct football connection here – but despite the feverish attention that has been focused on the matter, no one has yet come up with proof of vote buying and selling in the process of deciding who gets to host the World Cup.