Bob Bradley: 'I'm Not Afraid Of Any Challenge. I've Gone Places That Other People Wouldn't Have Gone Near' 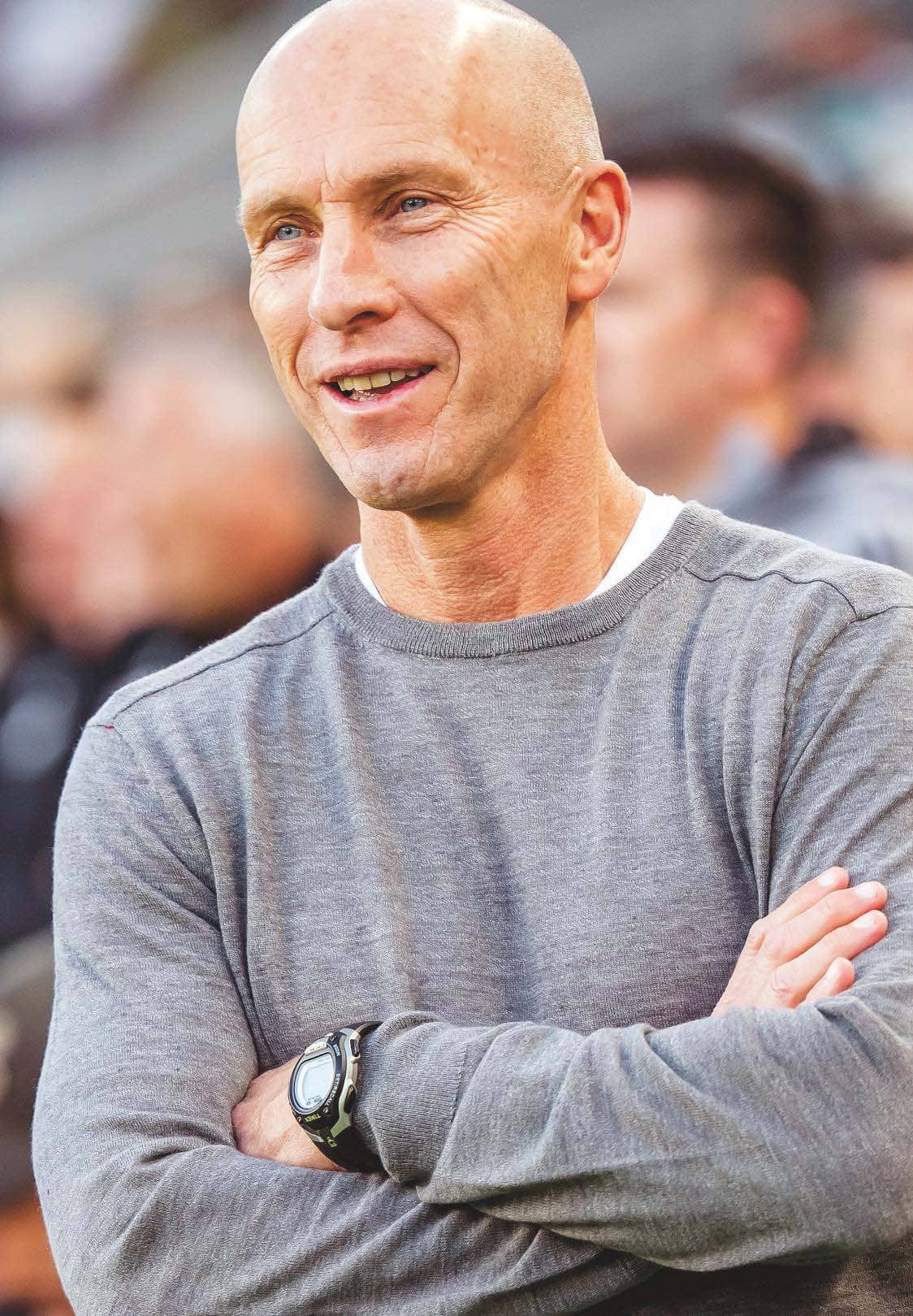 The former USA and Egypt coach’s trailblazing career took him to Norway, France and the Premier League before a successful return to MLS

Los Angeles have won the Supporters’ Shield for the team with the best overall record in this year’s regular MLS season, shattering a host of records in the process. It must be a lot of fun... It’s been great, every part of LAFC: the stadium, the fans. There were a group of people that were on board before there was a team that created incredible momentum and energy in the city. And we are so excited to feel like we’re part of something special.

Last season was the team’s first and you got to the play-offs. How did you step things up this year?

The first season we played a lot of good football but I think we were a team that wasn’t always consistent over 90 minutes. There were times when we conceded too easily, where we could have won a game and instead took only a point. But I think the overall way that we go about it – our ideas, to try to push up the field, to press, to win the ball high, to create chances – I think we continue to grow in all those ways. I think the players love the way we play. We know that our supporters appreciate that kind of football.

You won the MLS Cup with Chicago Fire in 1998 when the competition was still in its infancy. How has MLS changed?

MLS has certainly changed in the fact that there’s so many more teams. I think we see teams that have identities, incredible new stadiums. The way a lot of different players have come from outside and the way American players have continued to develop. They all go together in a good way so we’re excited to see the way the league continues to develop. But it has to continue to be challenged the right way. Every league needs more teams that play with an identity. Every team needs more really good games where teams go on the field and go after each other.

Have you noticed a marked improvement in the standard of play?

The standard has improved but it would be unfair to look back on certain teams. We had a great team in Chicago and we played really good football, and Chicago is a great sports city. The league has grown in numbers and that, of course, tests quality. I do go back to the fact that it’s important to see more and more teams have an identity, to have an idea of how they want to play football, have a connection with their supporters. I don’t think that was always the case in the early years of MLS. And, being honest, I don’t think that’s true with all teams in MLS at the moment. But I do think that there’s more of that going on and I think that’s the only way that you can really grow the game. I think in the best leagues in the world different teams have different strategies, different ideas. I love that in a league like La Liga you’ve got big teams and then you still have a club like Athletic Bilbao that is so committed to its Basque traditions and has an incredible stadium in the heart of the city. When I visited there they talked about the fact that their philosophy is an advantage because any kid that comes through their system knows he’s going to have a chance to play for the first team. So, rather than complaining that other teams have big budgets, they take great pride in what they are and they try to build on that. And I think that’s the kind of example that we need throughout MLS so that every team can figure things out for itself.