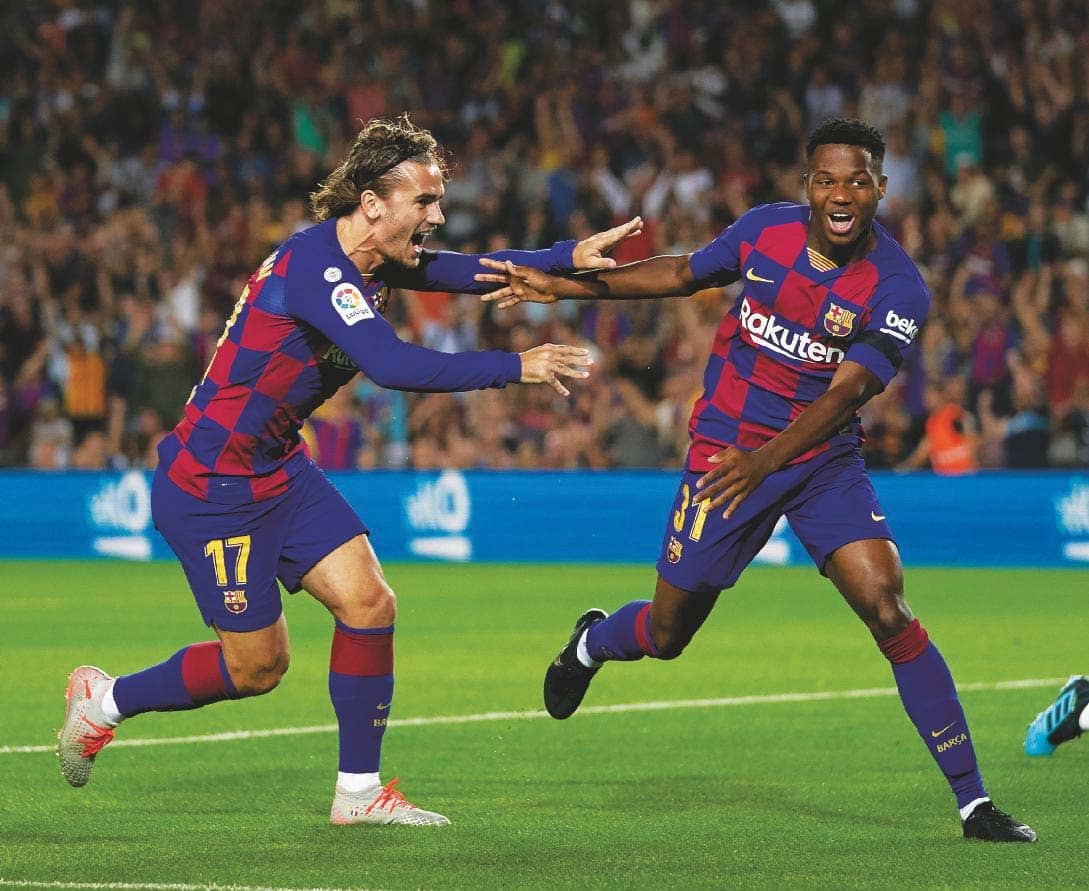 Barca teen in demand ahead of Under-17 World Cup

Until a few weeks ago, not many people in Spain had heard of Ansu Fati, the 16-year-old winger from Guinea-Bissau who has enjoyed an extraordinary rise since making his Barcelona debut in August.

In September, aged 16 years and 321 days, he became the youngest player to appear for Barca in the Champions League. He had made his first-team debut the previous month, coming off the bench against Real Betis, and a week later he scored his first goal, against Osasuna, again as a substitute.

He made his first senior start against Valencia, scoring a second-minute goal and also providing an assist, and then played an hour in a goalless draw at Borussia Dortmund.

“There’s going to be a lot of hype with Ansu – a lot,” said Barcelona coach Ernesto Valverde after the Valencia game. “What we have to do is try to keep it down. Our job is to protect the player. “But there’s no denying Ansu is a player who has something special. He seems much more mature than his age. We saw things [against Valencia] that we see in training.

“It’s not easy to be a Barcelona player, especially for a player as young as Ansu. It’s not normal to score with your first touch and to assist with your second. This performance was a bit exaggerated in that sense.