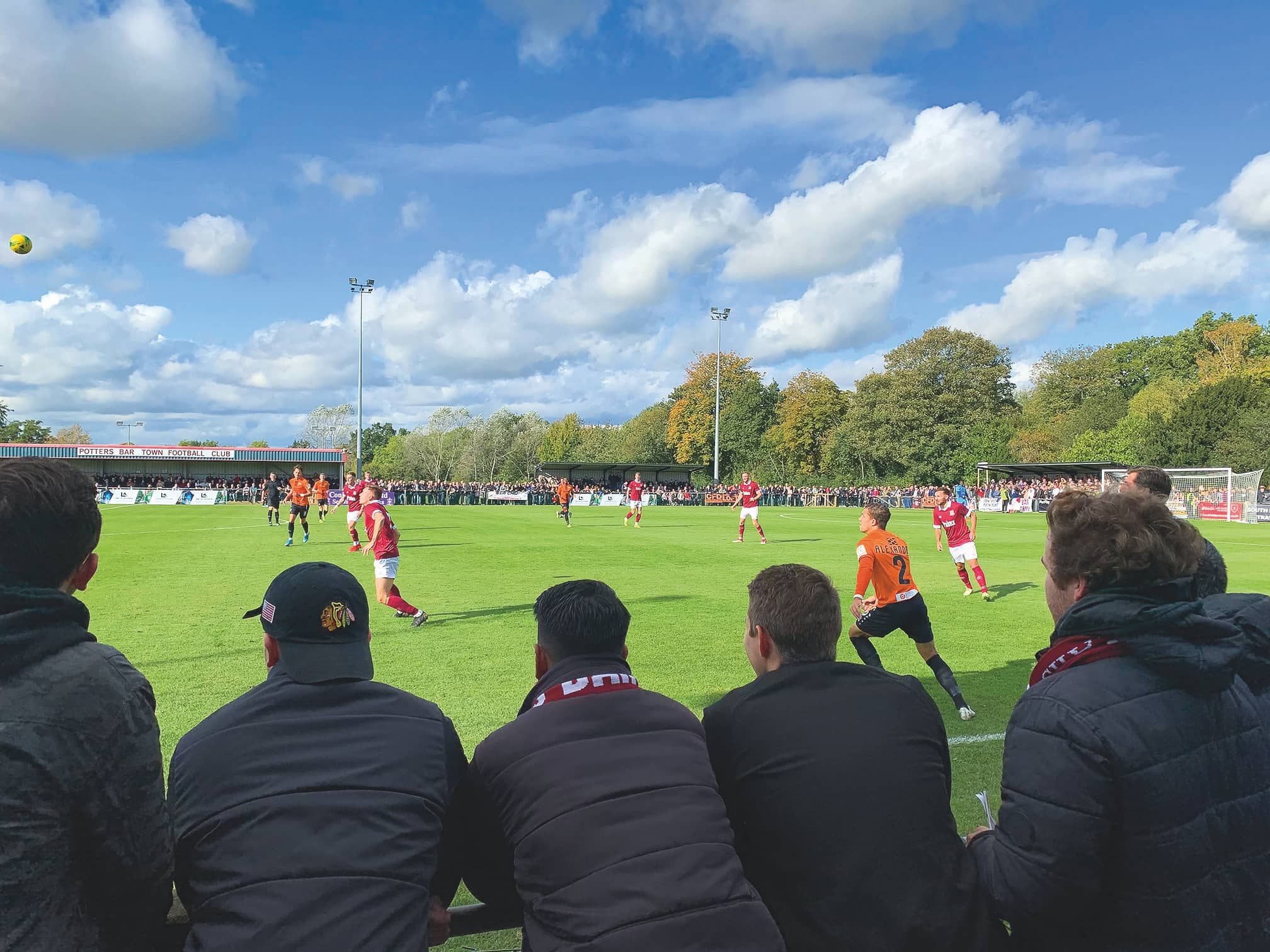 While the later rounds of the FA Cup invariably throw up the same faux-angst among commentators and pundits over the competition’s faded grandeur, there are no such doubts about its importance at this level. First and foremost, there are finances involved which for clubs like Potters Bar can be the difference between success and subsistence.

“It’s so important for the prize money,” says Waller. “We take it very seriously because of the financial impact.” Potters Bar earned over £20,000 from the FA prize fund for progressing past the first, second and third qualifying rounds, while the buzz of a tie against a team like Barnet promises a surge in gate receipts.

Barnet and Potters Bar are two neighbouring towns with a gulf between them. It’s not just the winding lanes of the green belt or the scattered fields which mark the uncertain spot where the city ends and its satellites begin. The two places have different identities: the town swallowed up by the capital and the commuter hub clinging to the M25 like a limpet, the far edge of the city and the place beyond where red buses begin to dwindle. There is also a gulf between their two football clubs: 46 league places, to be precise, at the time of their meeting in the fourth qualifying round of the FA Cup on a bright and chilly October afternoon.