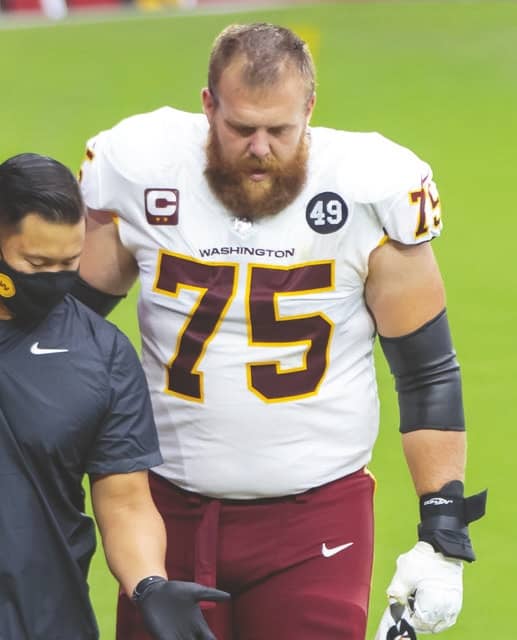 The to-do list seems to grow by the day for the Washington Football Team as it drifts further and further behind after weekly losses.

The team has plenty to do now and in six months when drafting high once more. Here are a few items on the ongoing agenda.

Help McLaurin – Terry McLaurin is a Pro Bowl receiver underappreciated by those around the league that haven’t seen him. But, his stats will grow smaller in coming weeks if Kyle Allen and Alex Smith quarterback over Dwayne Haskins.

Allen and Smith play a small-ball game of short passes and dinks and dunks to the running backs. They don’t stretch downfield often where McLaurin works best. Oh, McLaurin can turn a short route into a long gain with his speed, but the team showed against the Rams that the new offense outside Haskins doesn’t benefit McLaurin.

Now Haskins may return. There’s nothing definitive about his future and McLaurin has been Haskins’ favorite target since they played together at Ohio State. In fact, Washington first looked at McLaurin during their workout of Haskins. Ironically, Haskins has been sick with a virus to miss two games so he wouldn’t have played anyway against Los Angeles and New York. But, there’s no telling how the season goes and his playing status.

The return of guard Brandon Scherff should help the o-line in tougher matchups.

Meanwhile, sell your fantasy stock in McLaurin for now just because he’ll get fewer chances in many games.